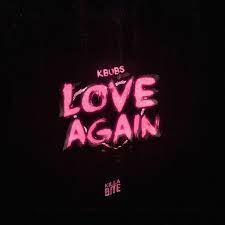 The driver stopped the car in front of a
mansion after the drive of half an hour. The
mansion illuminated by hundreds of lights was
visible from the end of the road. There was a
huge crowd in front of the house that elevated
my social anxiety a little.
The driver opened the door for me and I
gripped my dress before stepping out. Evan
reached me and then placed his arm on my
wa-ist, his warmth seeping through the thin
fabric of the dress.
“Smile,” he leaned down and whispered in my
ears. He had guessed my nervousness which
was probably dripping from my face. Nodding,
I stretched my l!ps into a forced smile and
together, we made our way inside.
The hall was filled with people dressed in their
best. This was not my type of party. My type
was more of a low-budget party with chicken
tenders as food and everyone playing funny
games and laughing around.
“Mr. Parker.” A man came towards us to shake
Evan’s hand. He was a tall, broad man with
salt and pepper hair and a light beard.
“Mr. Glenn,” Evan shook his hand. “Meet my
lovely wife, Scarlet,” he smiled at me and then
pulled me close to him. His masculine scent
filled me and I inhaled deeply.
“Mrs. Parker, you look absolutely
mesmerising.” he said. I extended my arm and
he leaned down to klzz the back of my hand.
“You both enjoy the party. If you need anything,
I’m here. I’ll go check on other guests.” he
said in a pleading tone and then left.
I pulled myself away from Evan and recreated
the distance between us, which earned me a
scowl from him.
One by one, many people came to meet us.
They all praised us and specifically me; some
on the dress, some on my beauty, some on
my smile. I don’t know if those praises were
fake or not but they succeeded in making me
blush.
“Why is everyone being so nice with us?” I
asked him once we were at the food corner.
“You are married to a successful businessman.
You should get used to it.” he said and placed
prawns in his plate.
“Wow, do they know a ‘successul
businessman’ like you is an @ss inside the
house?” I said and his hands stopped in the
plate.
He lifted his head and narrowed his eyes at
me. “When am I an @ss?” he glowered.
“Always.” I shrugged and put a sandwich in my
plate.
“Give me an instance, dear.” he co-cked his
head to a side and asked.
“Well, for example, just before leaving for the
party.” I stated honestly and his frown
dee-pened.
He was about to ask further when one of the
women I met before came and took me along
her. She took me to a group of ladies, all of
which were talking about different designers
and jewelers.
“Your dress looks amazing. Is it designer?”
One woman asked.
“Um… Yeah.” I said and remembered how
Nate practically dragged me to a boutique.
Guess I should thank him for that.
“Your skin looks flawless. What products do
you use?” Another woman asked.
“I… I use soap.” I said honestly and they all
started grinning at my answer.
“Are these real diamonds?” The first woman
asked me, pointing at the necklace.
“Um… I don’t know.” I shrugged nervously.
“Evan gave me this.”
“I’m sure it is real. The sparkle gives it away.”
A blonde woman said.
“Maybe.” I replied uncomfortably.