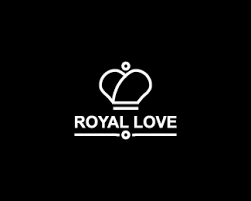 Her brother asked her to help Brina to disguise herself as they will be going on a date, like an ordinary, simple couple.

By that time, Brina completed her shower and she was in a bathrobe, searching for a suitable dress.

Eliina chuckled when she saw the mess her sister in law had made in the process of finding a dress.

“Sister in law, I am your savior, see” she said as she handed a shopping bag.

It has denim jeans, a simple t-shirt and a jacket along with a cap and goggles. She even brought a few make up accessories along with eye lenses.

“Yes, of course, you are, Elle. Thank you again” Brina said but after seeing Eliina’s cute pout she laughed.

“All right! I am taking back my thank you” Brina said, lifting her hands up, as a surrender.

Family never apologize or thank each other.

“And, sister in law, do you want my help? I am good with disguising you know. I had enough experience” Eliina said.

Brina smiled. “I think I can manage.” she denied.

“And, Louis told me that it’s a famous carnival that happens once every three years. Aren’t you going?” Brina asked Eliina.

“Sis in law, that carnival has a speciality. It’s only for couples. No singles allowed. So, technically I can’t go” she said, winking.

“Oh! So, you really don’t have a boyfriend..huh?” Brina asked, equally playful.

“Who will love a princess? Sister in law? My dad and these both brothers of mine will kill that poor fellow. I am still nineteen, see” Eliina told her.

“Maybe I will go next time. I will be twenty three” she added.

“As you don’t want my help, I will be going sis in law” Eliina said, bidding her farewell.

Eliina returned back to her quarters as she longingly looked at her mobile.

“Everyone goes except me. I miss him” she thought as she looked at the picture of her and her boyfriend.

And, as if he listened, she got a call from her boyfriend.

Eliina almost fell down from her bed. Her eyes wide, her f!ng£rs messy as she answered the call.

“Uhmm..hey. What’s up?” she asked, instantly clicking her tongue for being excited.

The person from the other side laughed. “Were you waiting for my call, Luna? You answered in a blink of my eye” he said, teasing her.

Just like Louis had two names, Louis and Edward.

Eliina has the same too. Luna and Eliina.

Luna is her name used in Alpha Academy.

“No! Of course no! I am just playing on my phone, that’s it!” she said. “Not like as you thought”

However, her face is red.

“Sure?” He asked back, barely controlling his laughter.

“Very much” she defended herself.

“Ok, ma’am. I am wrong here.” he agreed, his eyes crescent because of the wide smile on his face.

“Why did you call? All in sudden?” she asked, slightly hostile.

She came back from academy a couple of months back and this is the second time he called in all these days.

“I am in Kingdom Aletros, Luna. My uncle was talking about some carnival happening there which is for couples. So, I flew here to go with you.” he said.

“So, be there by six in the evening, near the entrance. I will be waiting” he said before ending the call immediately.

“Diego..wait..wait..*tut* *tut…” Eliina stopped as she realised that he was no longer on the other side.

“Hell! I am a princess..dammit!! I can’t just escape that easily.” she deadpanned.

Her boyfriend doesn’t know that she is a Princess.

They are [email protected] and have started liking each other in these few months. Although they revealed their faces to each other, uhmm, while klzzing, she denied to say who she actually is.

Now, if he comes here, won’t he find out?

She now regretted giving away that she lives in Kingdom Aletros.

He is an outsider. One of the foreigners here from the thirty percent category of her academy.

However, he was hell rich.

Most of the people who enter academia are categorised as rich because Alpha Academy is very costly.

It’s an hour journey from the capital to the place where carnival is going on. It’s a coastal area, a historical town which used to be the capital in ancient times.

When Louis arrives at Brina’s suite, Brina is already ready.

As she had more than enough experience in disguising herself, she was well dressed up, so that no one can recognise her.

But when she saw Louis, she couldn’t help but laugh.

“Baby, what? Am I that funny?” Louis asked as he looked at himself in the mirror.

He is hot but Brina is new to this look of him. He even changed his hairstyle.

Brina held her stomach as she laughed a little.

“And, no one can recognise you” she added as she stepped towards Louis.

Who quickly pulled her by her waist, making her collide with his chest.

He looked into her eyes, making her feel hot.

“Then, let’s rock our best” he said, leading her into another secret [email protected]

As soon as they came out of the palace from the underground tunnel, he already had a car ready for them.

Brina smiled and pecked his l!ps. “This is thrilling, Louis.” she said, a little emotional.

He is taking a risk by doing this. However, for him her happiness is the first priority.

“We’re gonna have many moments like this, baby. Even after our marriage we often have to go out like this for privacy” he said, klzzing her on her forehead, before starting the car.
….

Eliina sighed in relief when she noticed her brother driving away.

Then, she too used a different tunnel to go out.

Thanks to one of her personal maids. She prepared a motorcycle ready for her.

She reached the carnival just a few minutes after Brina and Louis went inside.

Not very long after she arrived, she noticed a person standing quietly in a corner, leaning on his own motorcycle.

Well toned body, silver shaded hair, blue eyes.. he was a sight for her to sl!p a beat.

‘He is actually a lot hot in casual clothes compared to our academy robes’ she thought as she waved her hand at him.

Realizing that it is his ‘Luna’ dressed in totally weird style, he chuckled in amusement as he jogged towards her.

“What’s with this ‘I am a tomboy’ style?” he asked as he tapped at her cap.

“My brother and sister in law are here! I don’t want to get caught” she said as they walked inside together.

“Wow! Why don’t you introduce my brother in law to me?” he asked, looking around as if he wanted to find out who her brother was.

“Don’t you dare! And, who is your brother in law? Don’t let your hopes up! We have a long way to go yet” Eliina said, glaring at him.

But she is blushing very furiously.

“Yes..yes, very long way to go. Of course!” he agreed. “Says the girl who sneaked into my room for a goodnight klzz” he teased.

Eliina blushed even more. With glaring eyes, she smacked his arm.

“I will not bring it up if you call me darling” he said, smiling cheekily.

Eliina rolled her eyes as she dragged him to a nearby ‘love ride’.
….

“Sir, young master is at carnival” a man said, as he spoke in her earpiece.

“Some girl.” the same man answered.

“Girl?” he asked in surprise.

“I want you to click a picture of her, got it? Don’t let Diego know” he ordered.

“Yes sir” that man said, before ending the call.
….

“Dad, who is that? Where is Diego?” a girl asked after the call got cut.

“He is in Kingdom Albatros. With a girl” he said to his daughter, who is Diego’s sister, Camilla.

“Wow! A girlfriend then! That too in Kingdom Aletros!! What a coincidence” Camilla chuckled.

“Don’t know. I asked the man to find out. By the way, where are you and your fiance going this time? Should you both leave so soon?” He asked.

Brina and Louis are having fun as she randomly walks, trying different foods, rides and games.

“Where next, my baby?” Louis asked as he klzzed her on her head.

Brina, who was eating cotton candy, pointed her f!ng£r towards a stall.

“Hit all the target’s and get me that big teddy” Brina said, licking her l!ps, intentionally making his eyes dark.

Louis leaned down and licked her l!ps, “Sure!” he said.

On the other side, a girl froze as she saw Louis and Brina.

If not because she knows Louis and Brina very well, she recognized them.

Charlotte didn’t expect they would be here.

Didn’t Louis say he was busy?

Meanwhile, a man, actually, a woman in man’s disguise looked at Charlotte. “Darling, what happened, she asked?”

Charlotte who quickly came back to her s£nses, hastily spoke.

“Nothing darling. I am hungry…. Let’s… let’s go there” Charlotte quickly pointed her f!ng£r in the opposite side, as she dragged her girlfriend away from Brina and Louis.

“This is beautiful,” Natalie told Ethan.

Ethan smiled and wrapped his arms around her waist, klzzing the side of her head.

“Palace will be more beautiful but sorry love. Sorry that we couldn’t go” he said.

Following them, Harry and Rhianna entered the carnival.

He looked around for his sister.

He is missing her sooooo muuucchhh.