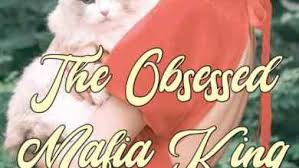 I am currently 8 months pregnant

Today I am out shopping some small things for the baby.

Things like more clothing, diapers and some things for the hospital bag.

Justin calls me evey time to kmow how I was feeling because the baby could come any minute and he wanted to make sure I am not going into labour when he is not around.

Sometimes he calls several times a day when he is at work.

>>>For the hundredth time, I Will call you if anything changes. I said irritated as Justin had called you for the sixth time today to ask if the baby was coming.

>>Sorry if I’m stressing you. it’s just that the baby can come any minute and I want to be there as soon as possible. Justin said over the phone.

>>>Well, I don’t think anything is going to happen today, so you don’t need to worry. I said calmingly and @ssuredly.

>>> Okay, okay I will st©p calling you every other minute then.

>>>Well then what are you doing?

>>> I’m doing some last minute shopping for the baby. I told him.

I rolled my eyes.

>>yes. He is carrying the bags too.

>>> Well if you don’t want anything else I need to continue shopping okay?

>>>Wait! Baby,wait for me tonight so We can watch a movie, or pl@ysome games or just hang out. He suggested.

>>>I have a movie I haven’t completed yet, Justin. I said laughing.

>>>Well then I will see you later babe.He laughed as well.

>>> See you soon Justin.I said and hung up

I continued shopping for another hour then got home.

Someone knocked on the room door.

It should be Justin.

“I’m Coming!” I said before opening the door.

He walked in and then he gave me a k!sson my cheek.

“How was work?” I blu-shed at his action.

“Stressful babe. I’m happy I’m back to my stress reliever.”

“My beautiful wife.” He said tickling me a little.

Justin and I ate dinner as I watched a movie.

After dinner he helped me clean up.

I stood in the kitchen and he back hvgged me and placed his chin on my shoulder.

He loos£ned his grip and walked to the bouquet of flowers that was on the kitchen counter, he took out a big, red rose.

He then walked in front of me again and handed it over to me.

“I love you Justin.”

The rest of the night I and Justin cu-mddled on the be-d watching movie.

He hvgged me from behind and placed his hands on my stomach.

His eyes wi-de-ned as he felt the baby kicking un-der his t©uçh.

I laughed at him and then turned around so he could get better access and feel the baby more.

Justin went down to my stomach placing soft k!sses on it.

” Hi there my little ch!pmunks. Look we really want to meet you both so if you could hurry up baking in there it would be great. ” He talked to my belly.

I laughed at him and he then went up to my face, k!ss!ngmyl-ips softly.

“Goodnight baby.” I said leaning my head to his che-st as he stroked my hair.

I fell asleep right away in his arms and so did he.

All I wanted to do was sleep.

The baby kicked every two seconds, and I had the strangest food cravings.

But, I was happy that Justin was there.

I felt bad for him.

He was basically becoming a maid.

I was surprised that Justin had taken off two months of work just to stay home with me.

“Alexa, do you need anything?”, Justin asked, walking into the room.

“Okay.” Justin turned around and walked away, returning a moment later.

“You look really tired”, I said.

I could tell that Justin was exhausted.

He hadn’t sle-pt in over two days.

I put my hand on his shoulder.

“Justin, you really need to get some rest”, I said.

“I will, Alexa. I just want to make sure that you are okay.”

Justin followed me upstairs, where he went to be-d.

Justin woke up later than afternoon.

We were both downstairs, watching TV, when I felt a sharp pain in my stomach.

“Ohhhh”, I yelled, putting my hand on the side of my stomach.

Then, my jeans were soaking.

Justin stood up, then he helped me to get outside.

“We really have to get to the hospital”, Justin said.

We had gotten to the hospital quic-kly.

I was been taken into a large room, with doctors working quic-kly.

I waa been given a pill which would st©p the sharp pains, but a thought c@m£ to my mind.

Justin was holding my hand, trying to calm me down.

“Everything is going to be okay, Alexa. There is nothing to worry about.”

“I know, Alexa. But you need to calm down and take a de-ep breath”, Justin said.

I am freaking scared.

A nurse looked up at a monitor.

Justin stood at my side, holding my hand.

I took a de-ep breath, and then Dr. Hamilton said

“You are doing well mrs. Justin. Can you push a little more?”

I nodded as I tried again.

Seventeen pushes – and a lot of pain before, our son entered the world.

The cry of our son could be heard.

“One more push madam, I can see his sister head. ” the doctor informed me.

I looked at Justin who gave me a nod to go ahead.

I breath in and breath out.

Justin was beside me, wiping tears from his eyes.

I let my tears fall down my face.

“Clean up the babies”, Dr. Hamilton said to the nurse.

“Is everything going to be okay”, I asked.

“Yes. Your babies are alright. We just want to clean them up. “Dr. Hamilton explained.

I looked up at Justin..

“What should we name the babies”, I asked.

“I don’t know… Something that starts with A” justin replied.

“Amos and Annabel”, I said.

“That is a beautiful name.

“Are you re-ady Alexa?”, Andrew asked as he entered the hallway.

“Yeah! All re-ady”, I answered packing the last suitcase.

“Where is Justin?”, Andrew asked as I realized that he might be sleeping again.

“Oh my goodness! I have to check if he fell asleep again”, I ran inside the room but a smile was formed on my Justinl-ip.

He was happily playing with our little daughter, Annabel.

Amos was standing with Andrew downstairs.

I stood there smiling but I remember everyone was waiting downstairs.

I quic-kly took my Annabel in my arms as Justin pouted.

But I didn’t care.

This isn’t a time to play.

“I want to pl@ywith my angel”,

I shook my head in a NO.

“No Justin…… we need to leave and you are not even re-ady yet. We will miss our flight”,

Justin sighed as he stood up walking towards me.

” we can book another one or perhaps use my pri-vate jet.”

I put Annabel down as I turned only to find him so close to me.

He still had the same effect on me.

“Aaah..so cute… So innocent..”, Justin said as he lifted my chin and tilted his n£¢k.

But Justin was so close.

I gr@bb£d the back of his head running my hands in his hair as I k!$$£d him back.

He de-epened the k!sslifting me in my arms as he placed me on the be-d.

But before we could do further…

“We will have plenty of time to do this”, I whispered shyly.

Back ground song; by teddy swims.

“Yess… and we won’t be coming out of the room..”, he ni-bbled on my ear as I could feel my ears turning red.

“W..what about Annabel and Amos?”, I whispered again.

“Oh,there are plenty of us to keep them…..”, he said as he looked into my eyes again wra-pping his arms around my w@!st.

“I love you Alexa…I love you so much” Justin whispered.

“I love you too Justin.”

I said as I placed my forehead on his che-st feeling his heartbeat.

Our story had a messy start but…

It has the most beautiful ending ever…