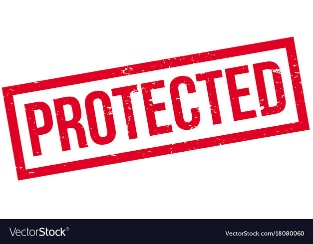 “I don’t want to hurt anyb©dy, just let me go with her”

If this fool from hell thinks he is going anywhere with my wife, he has another thing coming.

I presume this man is the gangster.

I had heard voices in the bath room and I listened..

I had gotten a feel for the conversation and I knew what was happening..

Justin has been alerted and should be on his way here.

Sage is standing at the door right now and that should be enough backup.

Well that was what I thought untill the man produced a gun.

Now am scared, not for me but for my little bit.

“Just let her go and we will come to a compromise”

“Am sorry man, it’s nothing personal, she has to go, you too.”

“Why don’t I offer you some money and you can travel out of the country, no one will find you abroad”

He seemed to be considering the offer.

I would prefer he didn’t consider it with a gun to my wife’s head.

I s£nd magic a look.

Just hang in there baby…

“What do you say man, money and you will disappear, I can get you 10 million this night”

He shakes his head.

“No I don’t trust you, no, if you and her die, everything will be solved, solved,

He has to feel pain”

Am getting that he is panicking, that’s not good he has a freaking gun to my wife’s head.

I say as I take a step forward.

He points the gun at me in panic, magic whispers in fear.

“Dont come any closer!, I will shoot her! Don’t come any f-king closer”

I begin to panic.

“Leave her and you can take me, plea-se I beg you”

I say and he trains the gun on me more.

I think he is a loon.

I hear footsteps coming from the hall outside.

He hears it too.

“You called the police?!”

I look around and I see what looks like a heavy sculpture.

When he glances at the door again I lift it and swing..

It hits his leg ma-king him buck and fall.

Thank God for the years of playing high School football.

Magic runs to me.

The door opens and Justin shouts.

“Your hands in your head”.

The gangster shouts and I hear a loud ban-g.

Magic screams and I turn, I see Justin tackle the gangster and I think.

Ya, everything is good.

I turn to magic with a smile and she is crying..

I open my mouth to ask but I feel moisture seep out.

I t©uçh it and bring it to my face.

I frown, that’s all I know before the world turn black.

That’s all I can hear in my head, it’s all that has been ringing in my head for the past 5 days.

My husband is currently lying in a coma and he is showing no signs of waking.

The doctor said there’s a fifty fifty chance of him waking up.

Since the bullet lodged in a p@rt of his spine he has gone into a coma.

After he was sh0t I vaguely remember Justin’s men carting the gangster away and Justin calling an ambulance.

I remember the feel of blood on my hand as I try to put pressure on his back to st©p the bleeding.

I hold his hand now hoping for a twitch, anything that will tell me he has woken up.

I rest my head on my hand and I pray, I pray to God that he should listen and bring this man awake.

After a while I feel a t©uçh on my shoulder.

I turn and I see the guys standing behind me.

“Want you to go and freshen up baby girl”

Sage says and I shake my head.

Sandra looks like she has been crying for eternity.

I feel tears rush to my eyes again.

“Am gonna stay here, I promise to let you know if he makes any movement”

Sage says and I nod.

I stand and I take the bag kele is holding out to me.

I k!sssage on his cheek and I turn to julliet.

I whisper and she nods.

I walk to the adjoining bathroom and I take my bath.

I feel so dizzy, I haven’t had a thing to eat in a while.

I can’t stomach anything.

I exit the bathroom and I hear Justin arguing with someone.

“You can’t tell her about that now!”

Who is he talking to?

I step out and I see everyone has left except Sage who is leaning against the wall and Justin who is talking to…. George?

“What she shouldn’t be doing now is stressing, her husband is in a coma”

“It’s nothing little one..”

George starts and Sage throws him a look, he quiets.

Sage turns to me.

“Listen to me Baby girl, no matter what you hear, no matter how it may seem that justice betrayed you, have it in mind that he had your best interest in mind ok?”

Justice, I think, I need you.

They both exit leaving me and George.

He smiles at me, I would have returned the smile had I had the strength.

“You, magic are our daughter, I and Maggie’s daughter”

I feel a wave of dizziness overtake me.

“We suspected, the first day we met you, we thought it was a mistake, I mean there are other children named magic all over the world am sure.

When you were born we named you after a charactet from our favorite book,

About 6 months later you were kidnapped, your nursemaid took you away.

We searched for over 5 years but I had to st©p because Maggie could not bear the pain anymore.

I stagger back into a chair.

I mean I always thought my name magic was unusual, I just thought it was something in p@ssing.

“So you are saying my aunt and uncle are not my relatives?”

He shakes his head no.

“You are an Edo girl my love, we found out the people you were staying with were your kidnappers, your aunt she was your nursemaid”

“We s£nt them a ransom many times, I believe they didn’t know what to do that’s why they never brou-ght you to us”

I un-derstand now, why my aunt always seems angry at me, never letting me talk to strangers, why my uncle found no qualms in ogling me.

Until I met justice….

I glance at my husband then to George.

“Justice knew? They all knew?”

“They all did, after the p@rty I brou-ght my suspicions to him, I mean you had silver eyes like Maggie’s and Selene’s,

We did a DNA test, it c@m£ out positive, we did some investigatons, we found out that yes, your aunt and uncle we’re indeed responsible for the kidnapp,

Am so sorry magic, am so sorry that you went throu-gh all that, we were devastated, we thought…”

I shake my head.

I say and he pauses.

“I have to think about it, plea-se I want to be alone”

“I will be here for you my sweets, your mother is just beyond the door, she is in pain for your pain, baby girl”

I don’t say anything and he exits.

I bring my leg to the chair and I wra-p my hands around it in a ball.

They knew, they all knew and they never said anything.

Is that why Justice d@t£d me?

I feel tears come as everything I believe is tested.

I am painting on my pad as designs come.

I raise my head and I glance at justice.

All his wounds are healed but he is still in a coma, the doctor said it’s not unusual.

It has been a hectic 2 weeks.

After my meltdown, I finally talked to George and Maggie.

I can’t believe Selene and I are siblings.

Far be it for me to say her finding out was a success.

She made a big scene and called me some names that I haven’t heard before in my life.

Mom just told her to shut up and she shouldn’t forget that she is still on probation.

Apparently my elder sister does not like having a sibling.

It’s nice getting to know my parents.

My former guardians has been s£nt to jail for kidnapping and maltreatment of a minor.

The gangster is still awaiting trial and Collins the gift s£nder is enjoying a six month imprisonment.

It hasn’t been a dull two weeks that’s for sure.

I spoke to the guys and they told me they kept it a secret un-der Justice’s command.

Kele is overjoyed and she seems to believe I should ask for a pri-vate jet as some sort of welcome back home pres£nt.

I smile as I think this thoughts.

I miss my man.

I bend my head and I continue.

I miss Justice so much, I think as I paint.

I can’t believe am hearing voices, I shake my head.

I lift my head to see justice trying to sit up.

I scream a little.

I fling my drawing pad down and I run to the be-d.

I make to turn away but he holds my arm in a surprisingly firm grip.

He asks and I feel tears rush to my eyes.

Just like justice to ask about me when he is just waking from a coma.

I run out of the VIP room to the nurses station.

“plea-se get a doctor, my husband is awake”

I run back to the room and I see he is unconscious again.

A doctor enters and I tell him.

“It’s ok Mrs Maxwells, it’s not unusual for them to loose strength and fall into a sleep ,

It’s a progress that he is finally awake”

I nod my head in relief.

The doctor does some inspection before he exits.

I sit on a chair beside him and I rest my head on his arm.