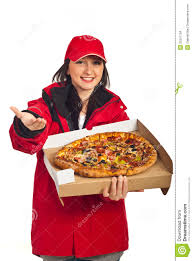 (She was trouble until she met him 😊❤️)

“My mother did all that?” I asked as tears heat my eyes.

“Yes she did. She was such a pu**y to my mom.” He said and I sighed cleaning my eyes.

“So your mother told Isaac this?” I asked and he nodded.

“She did. But I guess he wanted to keep it from you.” He said.

“Why would he do that?” I asked and he shrugged his shoulders.

“Sometimes, the people we trust, aren’t the one we should put our trust in.” He said and I looked away.

“Isaac would have his reasons for keeping it from me.” I said produly.

“It doesn’t justify the fact that he is keeping secrets from you, not especially now your life is at stake. You need to know everything.” He said and I nodded standing up.

“Why are you telling me all this?” I asked looking at him.

“Because you deserve to know the truth.” He said standing up.

“And don’t you think I could use this against your mother? Since my mother did all these bad things to your mother, taking her son, she would want revenge.” I said and he smiled.

“My mother didn’t do it. If at all she wanted to take Revenge she would never take it out on you. Your own mother abandoned you almost your whole living life, why would my mother go for you?” He asked and I sighed.

“You should leave now. Thanks for the information.” I said looking away and he smiled.

“Anytime friend. I did this because I really want to show you how much I care.” He said.

“I can’t still believe these things you said.” I said and he nodded.

“I know you don’t. But throw the question to Issac and hear what he has to say about it. If you don’t trust me, it’s fine. But know that telling you this is, this time is taking a risk.” He said heading to the door.

“What risk?” I asked making his stop.

“Putting my innocent mother in the position of a suspect. Because all these I told you, all fin-gers are pointing to her. But take it from me,if you suspect her, you are wasting your time. She would never hurt Isaac.” He said.

“What do you mean by that?” I asked walking close to him.

“Your mother took her first son. My brother, for this, she has been nice to all the street children she meets. She knows who you are to Isaac, she would never hurt him.” He said and I nodded.

“Okay. Thank you Enoch.” I said trying to smile.

“I put you first, in front of everyone including my mother. Don’t use it against me, she is innocent.” He said smiling and I nodded smiling.

“Thank you.” I added again.

“You are welcome friend.” He said walking close to me and ki-ssing me on my forehead.

“You will be safe.” He said and I smiled.

“Thank you.” I said and he walked out of the house, waving me goodbye before finally going out of sight.

I walked into the house after shutting the door. I sat on the couch ruminating over all what Enoch told me.

“My mother is such a b**ch.” I said letting the tears roll down freely.

So Mrs Danielle’s son is out there somewhere,if not dead all because of the selfish interest of my mother?

I hate mother so much!

The door opened and I looked up to see Isaac walking in, he shut the door and approached me smiling.

He noticed I was in tears and he rushed to me bowing in front of me.

“Diana, are you okay? Did anyone come in? Are you hurt?” I asked fearfully and I looked at him.

“Isaac you lied to me.” I said and he furrowed his brows.

“You wouldn’t? Seriously?” I asked standing up.

“Diana who was here? What’s going on?” He asked fearfully.

“I will ask one last time, and don’t you dare lie to me.”

“Do you know what happened between my mother and Mrs Danielle?” I asked and his contenance changed.

He sighed and wanted to reach for my hand.

“Don’t you dare Isaac. Isaac I trusted you with my whole life, and now you keep such an huge secret from me?” I asked as more tears rolled down my eyes.

“I was asked not to, and I promised not to.” He said sadly.

“Isaac I was dying! I need to know everything! What if I didn’t survive? I would die knowing you were keeping secrets?” I asked and tears rolled down his eyes.

“I am sorry. I was trying not to destroy the reunion of your mother and you. Telling you this will make you hate her more, that’s why Danielle said I shouldn’t say.” He explained and I shook my head moving around.

“I hate her! Because of her Mrs Danielle’s child is not with her right now! Maybe he is one of your kind, or is even dead! I will never forgive her for what she did to that woman.” I said walking to my room.

“Diana.” He called and I stopped with my back turned against him.

“How did you know this?” He asked and I looked at him through my side.

“I got to know this from someone who finally gained my trust.” I said reaching for the door.

“Yes you are. I know you are, but right now I need some time alone.” I said slamming the door in anger and rage.

I stood at the front of the door thinking about everything. I mean, who else knows about this and would have told Diana while I was gone.

Who could have done this to me. Who else did Danielle tell?
“Oh No! Enoch. He finally found his way to her heart.” I thought angrily storming out of the house heading back to Danielle’s house.

I ran to her house thinking of how to deal with Enoch. He is the only one that can do something like that. Mom was with me at the shop, and Mrs Caroline can’t even tell her because she doesn’t want her daughter to hate her.

I got to her gate and pressed the bell impatiently waiting for someone to open up. I kept pressing it until the gate opened.
I saw Enoch and the first thing I did was punch him very [email protected] on the face.

“Why did you tell her?” I roared hitting him again.

“She deserved to know the truth.” He said gaining his balance and throwing me another punch making me bleed.

“And who told you I wouldn’t let her know the truth?” I asked walking closer to him.

“Because you didn’t show any attempt to tell her the truth. Why are you so upset anyways? That she realized you aren’t trustworthy afterall?” He asked and I got more angry.

I wanted to punch him again but Danielle stopped us.

“Stop it both of you!” She yelled rushing to us.

“Isaac are you okay? Enoch what’s going on?” She asked and we both stared at each other pa-nting [email protected]

“Why not ask your son.” I said angrily.

“Enoch what did you do this time?” She asked looking at me.

“Why would you ask me that? He was the first to attack me. Must you always take his side?? I am your son!.” He said and she sighed.

“Sometimes I feel you aren’t my mother.” He said running into the house. She bowed her head and looked at me.

“Isaac what happened?” She asked.

“He went to tell Diana about you and Caroline fight behind my back. Now she hates her mother more, and hates me for not telling her the truth when she asked me about it.” I said feeling hurt.

“Oh God. I knew Enoch asking me about it wasn’t just for him to know. I knew he was up to something.” She said.

“Please try teaching your son some morals.” I said walking to the gate.

“Isaac wait. You are bleeding. Let me help you clean it off.” She said and I shook my head.

“I am fine Danielle. You should go talk to your son.” I said and she shook her head.

“This is the least I can do for you, after what I son did. I will help you talk to Diana. But for now, please let’s get you cleaned up.” She said holding me and leading me to the living room.

“I don’t know what to say to Diana. She is really angry with me.” I said sadly and she sighed.

“Your cloth is stained with blood. Get rid of it, so I can wash it in the machine.” She said and I reached for my shirt and removed it.

She stood up to pick up the first aid box and before she was back, my shirt was off.

She took it to the so called machine and switched it on. She came back and picked up a wool, poured out some liquid on it and moved it to my burst li-ps.

She placed it on it slowly and I winced at the pain it produced. She did it again and I shut my eyes trying to endure the pain.

“Oh my God. This isn’t possible.” She said as tears heated her eyes.

“Mrs Danielle are you okay?” I asked fearfully and she quickly nodded looking away.

“Yes I am fine. Just got too emotional.” She said standing up and looking away.

“I am done with the wound. Your clothes should be dry now. You should get going. I would talk to Diana tomorrow.” She said turning her back against me.

“Okay.” I said looking at her suspiciously.