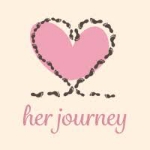 The kind woman smiled, it was so obvious that the woman was impressed with Agnes’s sincerity.

“I like you alre-ady, you just proved that you are not a free loader, you have principles, you are sincere and you have intergrity…. but… you don’t have to pay back, it’s not a loan, don’t bother paying back, all you need to do is to pay it forward, anytime you see some one in need and you know with in you that you can help, plea-se do” The woman replied and Agnes nodded in acceptance.

” I know your daughter will be fine, I have to be on my way, but let me introduce myself first, my name is Madam Amanda Eseke, I c@m£ to visit my daughter inlaw who just put to be-d yesterday, she gave birth to two babies, yes twins, she had been trying to conceive since 5 years of their marriage but God finally did it, you see, we serve a miracle working God” Madam Amanda narratted.

“Thank you…..what’s your name my dear?” The woman added

“Thank you Agnes, Nice to meet you dear, here is my card, below is my office address, I’m always at the office Mondays to Fridays, 9am to 3pm, feel free to visit me anytime you want, I will like to see you again” the woman said and she hvgged Agnes before she finally left.

Many years later, Madam Amanda had bec@m£ Agnes god mother, she introduced her to important people and with time Agnes joined politics, she had gone back to school few years ago and she bec@m£ a graduate of political science.

Her daughters Benita, Paulina and Chloe were graduates too, Benita was a renowned lawyer while Paulina was a surgeon, her hospital was one of the best hospitals in the country, even other hospitals contract her services for special or emergency surgeries. Chloe was a Pilot. Due to her job, she was well expo-sed and connected. They were all successful in thier career field and they were like female kings in thier respective careers but they were not interested in marriage or in love as their mother had unconsciously made them to believe that strong women don’t need men and that men were wicked.

Agnes had a project to supervise in Ibadan, she had over 1000 teenage girls on her scholarsh!pscheme & for years she had been giving out free education only to female children. Just as she promised Madam Amanda, she kept helping people in need especially women and little female children. Most times people wondered why Agnes was not extending her hands of love to the male folks but she had her reasons.

One day, Roland almost had an heart attack when he saw Agnes on national television. He couldn’t believe his eyes when he saw his ex wife on television.

Roland had aged and he had long retired from the Navy. Although he had three sons from his second marriage but those sons were useless and they were responsible for his ruins. His second wife also troubles him, all she cared about was Roland’s wealth and since he noticed that his second wife and sons were out to ruin him, he began to be discreet and careful around them. Ever since he retired, his life had lacked peace.

For months, his second wife had been pressurizing him to transfer every property he owned to their first son but Roland refused because he knew it was very risky to do so.

His first son was expelled from the University because of his bad behavior, and ever since he stick to the life of crime. Multi-ple times he had been arrested for kidnapping, r@p£, thvggery, and even stealing

He couldn’t even trust his second or third son, yes the second son was a graduate but he is a drug add!çt and a g@y.

His third son also rounded up with his youth service but he lacked direction. He was also a chronic womanizer, ever since he graduated from the University, he had refused to take up a job. He is always clubbing and chasing different ladies.

It’s a great joy to know that Agnes’s life was better than when HER JOURNEY started. Agnes had indeed fulfilled her vow as her three daughters had become successful and they had surp@ssed what she had imagined.

End Of Episode 6
To Be Continued