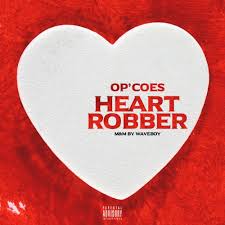 Anita Roberts sat in her exquisite office, it had the basic colors that suit her taste. A broad brown desk with an matching chair, the desk had her system attached to it and other files, a cabinet to the left and a small desk by her chair.

The walls were furnished brown and cream, a couch and two seats to the center… It was a boring view but she seem to find it very comforting and good to analyze and it was all [email protected] walls and she could see through it

The door opened and diana walked in, dressed in a lemon knee length gown showing all her curves with a ‘V’ cl£@[email protected]£ .

Anita find it very annoying to watch someone dress so seductively to the office, she had to admit that she always look good in anything that she wears.

The time she had spend in this company had been enough to know just how she is
Anita hopes to address that today. There are just some outfits that are not befitting for the office and it’s like she won’t realize it until someone spells it out for her

“Sorry, have been knocking for a while but you weren’t answering and your secretary insisted that you are in and you were already waiting for me”

“Yeah but I haven’t asked you to come in yet , do you know if I was busy with something . You don’t just barge into my office like that”

“Sorry for yourself… Just don’t let that repeat itself”

“So, I have both good news and warning news, which would you like to hear first”

“Whichever” Diana was neither enthusiastic about either of her news. Everything with Anita Rolland is always complicated and displeasing to hear whether good or not

Anita rolled her eyes and snorts at her bluntness

“We have decided to s£nd you to Abuja to repres£nt us at a conference, the conference will hold BTW the 11th and 14th of this month so you and Marcel will be going together to repres£nt us ”
Anita smiles faintly at the end of the s£ntence

“Is that good or the bad news” Diana had to ask

“I didn’t mention a bad news, I said good and warning news nobody said anything about bad news”

“Ohh” but it always sound sad coming from her. It’s just something about her aura

“Am sure you have a calendar”

“Why am I just hearing about this”

“Hello, you don’t expect me to tell you everything that happens in my company. To your own preference”

“Where am involved, yeah I do expect you to let me know ahead because this conference is next week and you’re just telling me this now. That’s not enough time to put certain things in place”

“Well that’s not really my business,am telling you now so work on it. I don’t care besides We weren’t given the opportunity ten years ago, we recently just received the invite early this month.”

“Then why me, there are over 50 other employees in this company and we have other [email protected] too…. so why me!”

“Do you think I don’t know that, do you think am not aware of my staffs..
And by 50 Do you mean the cleaners and security coz that actually inclusive….
I chose you for a reason. You don’t have to rub it off”

“Am not trying to rub it off ,am just surprise that’s all ,am still very new to the company I really don’t know how to go about this”

“Well you are about to find out”

“Ahhh am sorry butAm not interested in this, miss Roland”

“Er..er.. Excuse me” it was like she was hearing something else

“I don’t want to go ma’am. I can’t go”
She repeated it and Anita lost it right there. That’s the last straw this lady is so daring.
Who does she think she is

“Why not ”Anita manage to ask

“Cuz I can’t just drop everything and go to another state for a week, I have my responsibilities here, I can’t just leave my daughter.”

“You are working Diana, you are working to get paid you don’t just decide what you do and don’t do in this company. don’t ever forget that”

“I remember very well, you have done your best in reminding me that I work for you. But I really can’t. Pls just Find someone else, someone who doesn’t have someone waiting for them back at home everyday, someone who is free to do whatever the company demands ,someone with less or no responsibility”

“By someone else do you mean I myself. Because it seem like you want me to do your job for you”

“You didn’t have to say it, do you think you’re the only single mother who has ever been called on duty,, oh which brings me back to your warning”

“You can’t be dressing like this to this office . It’s very inappropriate. We are in an office and not a club house don’t dress like you’re trying to se-duce someone. The work ethics doesn’t condone that”

Diana rolled her eyes ,at this point if she keeps talking back at her boss . This nons£nse is soon going to b!0w out of proportion. This isn’t the first time she is intentionally throwing rude comments at her but she keeps overlooking it but she’s fast running out of patience.

“This is not fathers company Diana” she continued
” you can’t make decisions as you wish. This company is runned by me and if you don’t like the way I run it, then quit… I insist that you’re going and if you still don’t want to go feel free to tender your resignation letter

‘Is that how badly you want me to resign’
Diana said to herself, she’s really not going to give this depressed lady the satisfaction of ruining this job for her at least not until she has a better offer

“I will give you my feed back soon . If that’s alright” Anita raised a brow like she had more stones to throw but swollowed it

If she wasn’t so good at her job, Anita would have gotten rid of her the moment she had the guts to talk back at her and question her authority

Jimi was getting ready for his date with Diana, he had anxiously waited for this day and it was finally here and now he’s feeling nervous ..something that is foreign to him, addressing a lady or taking her out had been his kinda thing,

“Looking dashing as usual ” Phil!p compliments from across the room

“Hey Phil, when did you get back”

“Off on, I don’t know you just do your thing ..it’s suits you either way besides when did you start asking me for fashion advice”

“Since now I guess”

“Does it have anything to do with the fact that Diana is your date ”
Jimi nods
” and that she’s not just any kind of girl.. Good coz I was about to remind you that you shouldn’t mess with Diana ,she’s been through a lot and it would be better to not get involved with her than hurt her in the process.. She’s different, she’s special and am sure you know that”

“You better not. Am good friends with Diana and I wouldn’t want to see her get hurt.. Do you understand”

“Crystal clear ,you keep repeating it so how can I possibly forget…… I’ll get going now”

“Alright all the best”

TOTS DINER, is not very popular but it had one of the best customer service, Jimi had ever had and their meals were very tasty and delicious ,Jimi chose this place because it was simple and less crowdy and well organized it kinda suits Diana’s taste or so he thinks

Their table was by the window as he had requested and it was further away from any other table at their corner. After pulling out a seat for Diana Jimi sat opposite her and took yet another glance

Whatever diana wears suits her, she had the perfect body, all the right curves and a dazzling skin color, she was wearing a lilac jumpsuit she wore her hair in a simple bun and applied the simplest make up she looked totally adorable
“So what would you like to have ”Jimi asked smiling

“I don’t know ”she stares out of the menu
” decide yourself,”

“Okay, what would you prefer”

“So how was your day”

“Hectic I must say”

“Really tell me about it”

“My boss wants me to go to Abuja for a conference”

“Yeah Abuja. Can you imagine”

“Why I mean why you”

“I don’t know am also confused”

the waiter drops their order

“That’s bullshit, did Marcel come up with this”

“Ohh gosh, what are we going to do”

“And what do we have here ”the voice interrupted them

Diana stared at the lady that had rudely interrupted their dinner, with the look on Jimi’s face it was obvious he was familiar with the face

“Esther ” Jimi muttered
” what are you doing here”

“What are you doing here with this;tramp” Jimi stood up

“Are you out of your freaking mind, how dare you insult my date”

“Your date “she laughs outrageously

“Oh I’ll fu-ck you instead, this is just one of your puppet Jimi after flaunting her to the world you dump her @ss, this one won’t even last
You creating a scene bitch, what is your problem ….”
Jimi held her arm to pull her out ”

“You can’t be serious Jimi, ”Esther jerks off his hold
” why are you intentionally making me look stupid”

“Esther you’re the one making yourself look stupid”

diana stood from the table and walked away, while Jimi followed her

“Outside Jimi catched up with Diana ”

“Hey Di, am sorry about that”

“Esther I will so punch your tooth out, why are pesting me do you have a problem”

“I have a big problem, with you ignoring me and going about with any slut that comes your way”

‘diana pulled Esther to face her

“Am right here, just go ahead and say whatever you want to my face…. You referred to see us me as an item, a puppet and now a slut ,are you trying to provoke me cause if you are I’ll give you your own bit of thud”

Oh ain’t you ashamed of yourself
You are the shameless one , you have run out of it. You are out of mind what else do you want to achieve aside from [email protected] yourself And next time you want to say crazy things about Jimi’s girlfriend be sure to make sure you find out which one it is. I’ll beat the living pump out of you before thinking about the public setting do you understand……. Let’s go Jimi