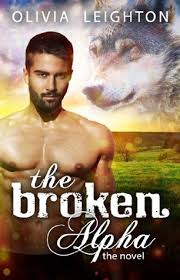 THE BROKEN ALPHA.
💥{ The Light In His Darkness }💥

Warning: Do not read if you can’t stand forced s3x and brutality!!❌❌
Strictly 🔞🔞

“You look so ridiculous” Adena said as she continued to laugh at Logan. Coffee was all over the place, and the coffee mug rested on Logan’s head. He felt [email protected], he got up and dropped the mug on his desk.

“This is so sticky” he said, using his f!ng£rs to sweep the dripping coffee off his forehead and flinging it away. He looked at Adena who was still laughing and smiled. She looked beautiful, it was the first time he ever saw her laugh like that.

“You can stop laughing now” he said and she struggled to seize her laughter. Their eyes met and she blushed.

“You should take a bath and wash all that off” she said, walking to the closet. She pulled out a bucket and a mop. She entered the bathroom, filled the bucket with water and came out to mop up the coffee.

“Thanks for helping me clean. I’ll take a shower quickly” Logan said and entered the bathroom. Adena stared at him until he disappeared into the bathroom. She was wondering what had come over Logan all of a sudden.

He used to be this ruthless and intimidating man, but today, he’s calm and clumsy. She liked the change, although she wasn’t sure what brought about the change.

Adena was done mopping but Logan wasn’t out of the shower yet, she could still hear the water running. The coffee must be very deep in his hair. She decided to get herself something to eat before he comes out.

Heading down the stairs, Adena collided with Delaney, who looked somewhat nervous and disoriented. Adena felt bad that her wedding was called off, but there was nothing she could do. Logan won’t change his mind unless he wants to.

“Sorry about that” Adena apologized for bumping into her and tried to hurry off but Delaney stopped her.

“I have always known it from the first day I saw you that you were trouble. You have finally achieved what you came here for. You have stolen Logan from me, you gold digger!” Delaney fired, her eyes filled with rage.

“Don’t you worry Adena, I’ll put you right in your place. And you won’t have the audacity to mess with me again” Delaney grinned devilishly before going upstairs.

Adena stared in amazement. She was confused and frankly jilted by Delaney’s words.

Will Delaney try to hurt her?

She couldn’t do that, could she?

She waved away the thought and went to kitchen. Liliana wasn’t around, only Antoinette was taking care of the kitchen today.

“If it isn’t the newest mother in town!” Antoinette teased as soon as Adena walked in.

“Stop it will you? I’m hungry” Adena said, rolling her eyes.

“What would our baby like to eat?” Antoinette bent over and whispered to Adena’s tummy while she giggled.

“We have omelette, chicken nuggets, waffles..”

“Waffles please!” Adena lic-ked her l!ps, having an unexplainable craving for waffles.

“Waffles it is!” Antoinette chuckled and went to dish out the food.

Adena sat in one of the dinning chairs and practically swallowed the waffles. Within minutes, she cleared her plate and didn’t even look satisfied.

“That was tasty, thank you” she said, wiping her l!ps with a napkin as Antoinette cleared the plates.

“Did you notice that Logan is acting strange today?” Adena asked, out of the blue.

“How do you mean strange? He’s not torturing you again, is he?” Antoinette frowned.

“On the contrary, he’s being kinda.. nice” Adena lifted a brow and sighed.

“Nice? I’ve never heard anyone using that adjective to qualify master Logan ever since I was born” Antoinette laughed.

“I dunno. He’s just being caring and extra helpful, even though he’s bad at it. He spilled coffee on his head” Adena giggled, remembering the scene.

“I think he’s in love with you” Antoinette blurted out and Adena’s eyes widened in shock.

“What do you mean? It’s possible!” Antoinette insisted.

“Nope! Logan doesn’t love anybody. I’m pretty sure he’s doing this for his child, once I give birth, he’ll probably go back to torturing me” Adena argued.

“Don’t be so quick to judge. Let’s see what happens from here on out” Antoinette smiled and Adena nodded.

She found it [email protected] to believe..

Those are two things that don’t go together.

“Delaney? Where did you go to so early in the morning?” Anastasia asked, gawking at her.

“None of your business” Delaney scoffed.

“Really?? Continue, until you get yourself in trouble, then you’ll realize that it’s my business” Anastasia rolled her eyes and shifted her gaze to her phone.

“Anastasia, you do realize that Damon will be getting married to Camilla soon. Are you just going to sit here and let that happen?” Delaney asked, trying to spark a reaction from Anastasia.

“Listen, what I decide to do about it is none of your business. Face your problems and I’ll face mine” Anastasia answered without lifting her eyes.

“Whatever” Delaney scoffed and went to sit in front of the mirror.

She brought out a little bottle and grinned at it.

She didn’t care about the effects of the poison, whether it’ll kill just the baby or Adena as well, she didn’t care. She just wanted Logan all to herself again.

It was 2pm and lunch was being prepared. Logan had given Liliana orders to prepare separate meals for Adena, to include lots of vegetables and fruits. Delaney was going to take advantage of this.

Delaney went to the kitchen and met it empty and unsupervised. Luckily for her, Liliana had gone to the garden at the back to get some tomatoes, while Antoinette, who was supposed to be in the kitchen, ran off to use the restroom.

“Perfect timing” Delaney smirked and entered the kitchen. She opened all the pots until she found the one filled with vegetables.

“This must be Adena’s food, Logan did place her on a diet” she said to herself and quickly brought out the bottle. She emptied the pungent smelling liquid into the pot and stirred it on the fire. She made sure she didn’t leave it on the fire for too long to avoid neutralizing the poison.

She turned off the stove and turned to leave, satisfied, when she saw Antoinette at the door.

“What are you doing here?” Antoinette asked, glaring at her. Delaney never enters the kitchen. Antoinette was also suspicious because of the big secret Delaney was hiding from everyone.

“Am I not allowed to enter the kitchen? I’m hungry so I came to look for something to eat” she answered nervously.

“But mistress, you should have waited” Antoinette said, observing the pots.

“Yeah um.. stop questioning me okay!? You don’t have such right!” Delaney barked at her and left the kitchen in a hurry.

Antoinette checked all the food, when she didn’t find anything suspicious, she shrugged and started dishing out the food.

“Thank you for the meal Liliana, it was.. um.. vegetably..” Adena said and Liliana chuckled.

“I know you don’t like the vegetables but it’s good for your baby” Liliana said and she sighed.

“I know.. can I at least have lasagna later?” She asked with puppy dog eyes.

“I’ll see what I can do” Liliana answered.

They stopped talking when they saw Logan approaching them. He glanced at Adena who couldn’t help but blush.

“How are you doing Adena?” He asked, sitting down to take his own lunch.

“I’m fine thanks” she replied, lowering her head. Logan thought it was adorable.

While Liliana was serving Logan, Adena noticed a sharp pain in the right side of her stomach and winced.

“Are you okay?” Liliana and Logan asked at the same time.

“Yeah, just a tiny pain” Adena replied but immediately she finished that statement, she felt another sharp pain in her abdomen. It didn’t stop, the pain increased until she was screaming and holding her stomach.

“Adena! Adena! What happened?” Logan abandoned his food and rushed to her.

“Dear.. what’s going on!?” Liliana asked. Adena continued to scream in pain, already on the floor, rolling about and crying from the pain.

“Buster!! Get the car!! Goddamit!! Get the f*cking car!!” Logan yelled out, he carried Adena over his shoulder and ran outside to the garage while Liliana ran behind them.

Delaney saw the entire drama, and she was pleased with it.

The doctors had started to treat Adena after Logan yelled at all of them for being too lazy at their jobs. He threatened to buy them and their hospital if they didn’t save Adena.

“Mr Stoll” the doctor called, coming out from the theater.

“I’m afraid we don’t know yet. She was poisoned, and we could lose her and the baby” the doctor informed and Logan’s eyes widened in shock.

Antoinette broke down crying when she heard that her best friend might not survive. She suddenly remembered that she saw Delaney coming out from the kitchen.

“You!!” She cried, pointing at Delaney.

“Yes you! Murderer!! You did this to Adena! You poisoned her! I saw you coming out from the kitchen.. you did this!” Antoinette cried at the top of her voice, attracting the attention of the hospital staff and patients. All eyes were now on Delaney.

“Shut up! What are you saying? Don’t listen to her, she has no idea what she is saying” Delaney chuckled nervously.

Logan and the rest watched in awe.

“I know exactly what I’m saying! You poisoned my best friend! I’ve always known you’re evil since the day I saw you with that strange man!” Antoinette blurted out and Delaney bit her l!p.