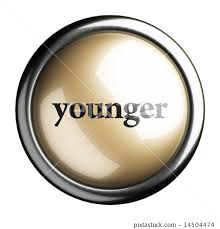 *(Inserts happy emojis) How glad are you?* Prince s£nt.

*So, you have a secret?(inserts laughing emoji)* Prince asked.

*You’re right. I also made a new secret today*

*Yup. So, you aren’t the only one with a secret* Prince replied.

*Anyways,,, I really wanna ask you something* Sunny said.

*What favor did you actually wanna ask then?*

*Its fine. Let’s forget about it*

*Can I ask you something though* Prince asked.

*What’s that?* She asked back.

*Would you ever wanna meet with me, in real life?*

“Just answer” Maya said, from behind.

“Oh my goodness! Maya! You startled me!!” Sunny exclaimed, touching her chest.

Maya had been behind her, ever since, reading the messages, Sunny and Prince had been s£nding.

Sunny sighed and looked at the phone.

“I can’t meet with Coffee Farmer cause he’s my boss. He doesn’t even know that. Gosh,, I can’t. I just can’t. I can’t ever meet with him”

“Then,,, what are you waiting for? Tell him” Maya said.

“I want to answer him well. I wouldn’t wanna sound rude, you know”

Sunny sighed and s£nt him a message.

Prince quickly looked at his phone when he heard a beeb.

*I mean,, see you tomorrow at A-chat* He s£nt another.

She chuckled after she saw the message and kept her phone down.

Sunny entered the company and met a female co worker on the way.

“Sunny,,, No need to take the elevator” She said. written by sommy pearl f.

“Its faulty. So, take the staircase”

Prince and Mr Cha walked past her and they entered the elevator.

“Good morning, President Prince” Sunny greeted with a bow and he nodded.

“Why are you outside?” He asked.

Prince arched his brows.
“Does it mean, you’ll have to take the stairs?” He asked.

“Sadly” She nodded and turned to leave.

Sunny turned and gawked at him.

Prince looked at him.

“She’s a staff and its prohibited for staffs to be in this elevator” Mr Cha said.

“Aren’t you a staff too?” Prince asked him.

“So? That doesn’t still make you a staff? As far as you work under me and I pay you…It means you’re a staff here, is it not?” Prince raised his brows.

Sunny looked at the arguing men.

“I’m still different nevertheless and its a rule that a mere staff stays off the elevator. She should abide by it” Mr Cha forced a small smile.

“And as the president of Coffee Fórd, I’m asking her to break the rule” Prince protested.

“But nothing. Come in, Sunny” Prince smiled.

Sunny smiled and nodded, then walked into the elevator. written by sommy pearl f.

Mr Cha smirked and pressed the button but the elevator didn’t react.

“She has to leave” He completed.

Prince blinked and pocketed both hands.
“You say, it can only take in 2 people?”

“Then,,, you leave” Prince gave him a gesture with his head.

Sunny opened her eyes and mouth in surprise and watched the scene.

“Hmph!” He grumbled and walked out.

“Ouch. Won’t he be angry?” Sunny asked, and pressed the button.

“Anyone could get angry,, so…”

“Oh no. Then, I should leave” Sunny muttered and stretched her hand to the buttons again but Prince quickly held her arm.

“Just…just give him- Prince paused and looked at his wristwatch.

“4 minutes. Afterwards, he’s gonna cool off. Trrust me, no one knows Mr Cha better than I do”

Sunny looked at his clenched hand on hers and gulped before looking back at him. She nodded and he left her.

Sunny slowly walked backwards as the elevator when up. She was right behind him.

Prince smiled and took out his phone, then logged into A-chat.

*Good morning* He s£nt this to Sunny.

Right there, Sunny heard a beep, and Prince smiled at himself.

*Good morning to you. I guess your night went well like mine?(inserts a love-eyed emoji)* She s£nt.

They both heard Prince’s phone make the beep sound but they pretended.

She raised her eyes from her phone, to him and Prince slowly, turned around to her.

They couldn’t take their eyes off and kept staring at themselves.