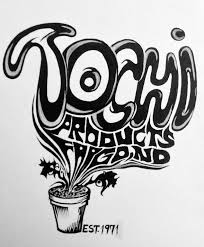 Ada was a girl you would love from like 10 miles away except of course you are g@y.. But don’t count on that, she was wow enough to make a g@y niggar straight. A glance at her face will make you hunger for a ripe paw paw and a look at a ripe paw paw will throw you into a desperate need to see her face once more.
Description of people had always been a tough job for me talk more of a perfect angel that’s more likely to make her creator jealous of his work. She was the perfect height. Not too tall and not short. The type you can klzz comfortably without breaking your neck.
She was fair and spotless.
Ha shape was the hour gl@ss thingy. b©©bs like an over inflated baloon
and bums like a royal throne, i swear you could sit on them and cross your legs confortably..
Summary of Ada was that she was too good that she had a player like me scared of even approaching her. I just stroked my emotions from afar each time i saw this angel walking among humans wondering whether her feets touched the ground.

I was in my 100 level in the University, electrical engineering my course. I had always love messing around with electronics and always thought it would be like that studying electrical engineering as a course. I soon came to realize that i will solve everything only on paper, how to start a car, u solve for x and y,.. So i would just have to solve my way out.
My department was an uninteresting one that year..
We were like 58 altogether, new names always popped up once in a while.
We were all boys except for a few that looked like Girls or rather they were girls but their demeanor, countenance and stuffs, men you could just count them in among the guys. I can’t say am a whizkid but i sure do know how to p@ss my exams excellently.

was on a Wednesday, it just stopped raining and the weather was just too cool. Cold breeze flew by once in a while. I was headed for my department from the library for a 3 o’clock lecture. The time was 2:48 pm. I was walking leisurely to the tune of music coming out from my high b@ssed monster beats by dre headphones, the fake one though. All of a sudden something caught my sight. It was coming from the opposite direction. For a while everything seemed to stand still. It was like the sun came out of the cloudy sky. My headphones went dumb, maybe it was looking at the object that caught my attention too. This girl, this out of the ordinary creature, the cause of my confusion, was on white jean trouser resting on a pair of black plain sneakers with white sole, over ha well shaped upper part rested a white shirt with unbottened fly over a black singlet.
For a While i was busy taking in all these details, i forgot if i was walking or I stood still, all i knew was that i ran into something or something ran into me. We collided. Our books fell, i shifted my gaze to this intruder, it was my course mate stella and by the look on her face, i decided maybe i was the one that ran into her but we all know about girls and their blame games. I murmured my apologies. Helped her pick ha books and picked mine too. She asked if i was going for the 3 o’clock lectures, i nodded like a zombie still stupefied by what i saw earlier on. She then said she was going too so we both walked towards our department. I looked back and didn’t see her again. I thought to myself, Maybe my guardian angel showed herself to me because she was too beautiful to be an earthly being. But if so, why was she displaying her b©©bs?
That days lecture was not for me. I was hoping to see my guardian angel again because as far as i was concerned, my cl@ss started and ended the moment i set my eyes on her.

The dark sky was lit by sparkly stars surrounding a half crescent moon, it was a bit chilly but wasn’t so much noticed by us. Maybe because she lay on my arms, we kept each oda warm enough. My heart told me this was probably the best night of my life only second to when i had my first s£×. There she was looking up at me from my arms. I could hold her like that forever, the girl of my dream. I could h@rdly believe she was mine. I bent low n planted a light klzz on her forehead, she looked into my eyes and giggled, oh that smile, it was like the sun just lit in the middle of the night. She looked up at the sky and called me..” Tochi,.. I called ha back ” Eva,.. She said “look up in the sky and tell me how many stars u can count.. I looked up and said ” a million thousands of them.. She smiled again and stroke me on the cheek with her tender f!ng£rs, my hormones rushed, she looked into my eyes and said “thats how long i’m going to love you… Tears welled up in my eyes.. I bent to klzz her, she said wait and raised ha hands.. She said mosquitoe and slapped my cheek. It was a little h@rd and her once tender palms was a little rough. My face froze for a split second as i called ha baby, anoda slap followed..
I opened my a eyes a bit.. They were blurred.. I could hear a hoarse voice that was not hers say
“Na who you dy call baby, this guy sef. Common get up there!
I rubbed my hands on my eyes and opened them again. This time i didn’t see my beautiful eve but my brother laughing sheepishly at me with two of our logde mates on the floor laughing like people on an epileptic seizure…

I got up to a warm meal of indomie prepared by my brother. We both sat on the bed while our two lodge mates kossi and Emeka sat on the rug, we surrounded the steaming food dished out in a large saucer. I was really moody as i did more staring at the food than i ate it. All of a sudden, my brother laughed and turned to me “Guy which level nah. How you go dy sleep, dy call baby and dy smile like mumu at the same time, nawa you o.”..
I looked at him and hissed. Emeka and kossi were visibly trying to suppress their laughter. I was weak and fuming inside at the same time. I thought to myself “so all these perfect romance was just one stupid afternoon dream”.
I put my fork into the food, rolled up some noodles and put it in my mouth, i swallowed h@rd. Staring across the room and softly asked
“But Martins why naa”
From the corner of my eyes i could see him raise his head up with a frown on his face aimed in my direction
“why what? He asked
“Why must you wake me up at that instant, you just disrupted my klzz with this chic and i no go forget am”
For some seconds he looked at me with a puzzled look on his face like he was trying to understand what i meant and then they all burst out laughing.
Kossi looked at me and said
“Oga no vex, go back to sleep and collect that klzz make we see if this indomie go do us” they laughed
“But seriously that girl must be nicki minaj, guy imagine how you were smiling and screaming my baby, imagine w€tin for happen if you completed that klzz, maybe you would have scattered my pillow with your teeth” Martin said amidst laughter.
I got up, stretched myself to breaking point, hissed and walked outside, i could hear them eating and laughing as I left.
I walked outside the gate. The sun was still high up, i noticed a familiar figure walking past, i stared sheepishly at her as she walked down a bit and catwalked into a logde adjacent to mine.
Two guys p@ssing by stared h@rd at me, one of them with a wicked grin on his face shouted in my direction. “Guy easy nah, no be only you see her”
I gave them this killer frown and noticed other p@ssers-by stared at me like i was doing the Michael Jackson moonwalk. I stared back at myself and noticed how my reproductive organ was raised in an awkward angle
” yaaay, this Ada no go kill me for this world” i half screamed and ran inside..

Fridays at school was always considered not different from Saturdays. Lectures h@rdly hold so we just gist our time away. I was with my guys discussing about everything and nothing, most of us were sitting on the desk, i was at the extreme. The time was just 9 am. I took a glance around the hall and noticed stella looking at me, we had gotten a bit closer since i ran into her or she ran into me. She was with her girls, the types that when they look at you they see books. I waved at her, she waved back and started coming towards me. She got to where we were sitting, my guys were still talking but an observant me knew they were eagerly waiting to eavesdrop on whatever it was stella was about to say to me.
“Hi” she said
“Hello, stella how far? I asked
“I’m fine and you”
“I just dy, w€tin you bring for me?” I asked giving her the mr charming smile
“My humble self” she smiled, a cute smile i observed.
“Well i can manage, lets start with a klzz” I said with a naughty grin as i noticed the tempo in my friends conversations drop, those bad guys..
“Well you can’t manage me joor, am enough for you” she said with a fake frown
I smiled and rubbed her hands while pouting my l!ps “well babe, give me everything”
She laughed and punched me lightly on the chest.
“I wanted to know if you have gone for your medical tests and stuffs” she finally asked
“Nop, i just got my form last week so i just have the x-ray and blood test left to do” i explained scratching my head.
“Well i want to go do mine today, why don’t we go together” she said with a little plea in her eyes
I looked up and frowned like i was in deep thought
“Hmmmm, well yea but you have to beg for my company” i said and smiled at her
She bowed and said please
“Bribe me” i winked
She came closer and pecked me, i was shocked but i didn’t let it show. At this point my guys almost stopped their fake conversation.
She laughed and i looked at her
“Ok, i accept. Lets go”
she ran back to where her friends were seated and picked her handbag. We both started leaving, steve, one of the guys shouted
“Tochi so you wan carry her go abort the belle for medicals abi?” Everyone laughed
I turned and shouted “your father” at him, put my hands accross stella’s shoulders, she slid hers around my waist as we left the hall. I didn’t see them but i felt everyones eyes on us…