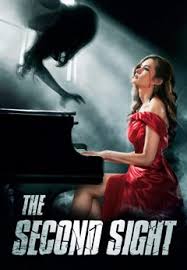 Bob’s death leaves a sour taste in Boat’s mouth and a sick feeling deep down in his guts.

It has touched a weepy sort of nerve he never knew he possesses.

The man had been a downright jerk in the end, but the two of them have had some pretty good times together. He was the closest friend Boat has ever had, and he had shown him how it felt like to ‘live life to the max’ as he used to put it.

He can still see Bob’s body swinging grotesquely down the windscreen of that truck, almost totally decapitated. It is one terrible way to lose a friend and Boat is ridden with guilt and despair.

Boat sheds tears for Bob, and then he hit the town.

Reason tells him to find a hole and crawl into it and wait for his father, but he feels so trapped and claustrophobic that he knows he won’t survive the night alone.

Plus, he has some monies he needs to return to his former clientele. He takes monies from the rich in advance to bring them cocaine. Now that Bob is dead, and Boat is no longer interested in being a pusher, he has to give them back their monies and close that chapter of his life permanently.

Hideous, mercifully, vanishes as soon as Boat hits the centre of Accra. Hideous had crawled down the neck of a buxom prostitute who had sidled up to Boat’s car when he came to halt at a deserted filling station.

She had fluttered her eyes invitingly and almost rammed her mammoth br£@sts into Boat’s face. She had a nice enough face, and could even be [email protected] off as pretty if it hadn’t been for the lines which ran down her face like grooves.

Countless hours lying under strange men with stinking breaths had reduced an otherwise once-beautiful woman into a broken and trodden-on flower.

She had been quite sure of a hit when she saw Boat staring at the tops of her giant br£@sts. She had mistaken his shock for lvst, and didn’t want to let go.

His eyes had not seen her br£@sts, though.

They had seen the ghostly tentacles of Hideous cramming themselves into her br£@sts, mauling them, pulsing them, demeaning them; her br£@sts bulged and contorted, violating every laid down law for the definition of shape. Boat had looked into her seductive eyes, and had seen more tentacles shooting into her nostrils, eyes, ears, and stretching her l!ps into the most macabre smile he had ever seen, and never wanted to ever see again,

He had almost knocked her down in his frantic rush to get away!

Boat ends up at the lvstFUL l!pS, a restaurant and night club owned by a Frenchman called HENRI DIDIER.

He is a crafty man whose success in business baffles many. He seems to have a hand in everything, and he is suspected of being into drugs. Bob had told Boat that Interpol has been after Didier for ages, and are still chasing his shadow.

The lvstful l!ps houses almost all of Boat’s richest clientele.

It is a sprawling building which seems to have a little bit of century-old architecture in its design. It faces the beach, and has a glorious golf course. The restaurant and night club has wonderful food, from Asian to Continental to African. It boasts the longest and most beautiful bar Boat has ever seen: a stretch of polished mahogany faced by tall bar stools of excellent design.

Mini hunks act as barmen, and they can fix any drink known to man. One of them has introduced Boat to what he called ‘Heaven Torpedo’, a blend that goes down as smooth as silk, sharp enough to savour and sweet enough to relish, and which can knock you out before you know what is happening to you.

It also caters for a select gold-member clientele who are entitled to an upstairs hall where gambling goes on, and where a whole lot of special services are also provided at very special prices.

Membership to this hall is hand-picked by Didier, and all of them are grateful enough to keep it under wraps. Bob, a man with insatiable s£×ual urges, had told Boat that the latest addition to Didier’s exotic female collection are sixteen-year-old Latino twins who can take a man to heaven!

Boat has a gold membership card. He loves gambling – or, rather, used to love gambling – and the other gold members serve as some of his richest drug clientele, and that clientele, the main reason behind his appearance at the club that night.

He has to refund all the monies he had taken prior to supply. It always works like that; demand always exceeds supply in the drug game, and the Add!¢ts always scrambled for it, paying good money up-front. It is a situation that had suited Boat fine.

Boat gets out of his car and a well-dressed attendant steps forward to take it to the car park.

Revellers are having a ball on the beach and he can faintly hear their shouts of delight before he enters the club, and then their voices are drowned out.

It takes every little power left in him to stop from turning and fleeing with fright out of the club!

The lights are soft and seductive, the music cool, s£×y and damaging, releasing instant cravings for depravity. It is a live band, an all-girl cast, and their outfits comprise of only G-Strings, n!pp!e [email protected] and knee length golden boots.

Couples are on the dance floor, clinging desperately to each other, straining in ecstasy. Nude dancers gyrate in [email protected] booths and on neon-lit moving discs around the walls, swinging br£@sts and firm buttocks, proffering groins and emitting deep-throated [email protected] through tiny microphones that are amplified by hidden super-s£nsitive speakers.

Their bodies are oiled, and depending on the colour of the bulbs in the tubes, depicted many s£×y hues.

The raw s£×-power that has always permeated the club had always been a wonder to Boat in the past. He has always wondered what really goes down inside the lvstful l!ps.

It is normal that hormones increase and adrenalin runs high when s£×y women, alcohol and the right environment collide; Boat had experienced it in many clubs, but it has always been different somehow in the lvstful l!ps.

Bob had once admitted that he had an [email protected] right there on the dance floor just listening to the music and watching the nude dancers. That had been a bit extreme, but Boat knew what Bob had been talking about.

The lvstful l!ps always seems to have something extra, something out of the ordinary makes it rock with a [email protected] that is extra-bad.

Many people feel it and once they experience it they come back night after night to experience the thrill of the club.

It seems that as soon as you set foot in there reality is taken away and replaced by an uncontrollable urge to go wild. Boat has seen shy girls who had come to the club for the first time suddenly turning into uncontrolled, aggressive, lvst-crazed women, ripping off their blouses and skirts and engaging in s£×ual frolics that had simply been amazing.

Bob had once brought a middle-aged couple to the club.

He told Boat that the man had been suffering from £r£¢tile dysfunction which the most famous shrink in Beach County had not been able to cure.

Fifteen minutes in the club had seen them rushing to the gents, and when Bob and Boat followed them with knowing looks – quite drunk, of course – they had been taken aback by the [email protected] of pleasure from the aged couple as they engaged in unrestrained s£× in the midst of all that piss.

That is the mysterious the power of the club.

Boat has also been a willing victim of it too.

He cannot count the number of times he had pulled down a girl’s [email protected] right in the middle of the dance floor and rammed his way up her womanhood, sometimes the girl in question had been a complete stranger.

And so he has always wondered about that sinister power inside the lvstful l!ps that drive people so crazy with lvst and simply changed them into sinful maniacs.

But, when he enters the club that night, he finally gets his answer.

The uglies are everywhere!

And they are having one hell of a swell time!

Since he became cursed with the devilish second sight, Boat has never seen such an army of evil entities gathered in one place than he did inside the club that night!

Hairy, spindly demons with abnormally large heads and bulgy foreheads are embedded in all the members of the all-girl band, working into them, red eyes intensely focused, giving their singing a terrible concentration and seriousness that is bizarre to behold.

They are churning out their own brand of music, giving the sounds from the speakers a tampered version that works on the human listeners, waking up ancient desires in them, taking them to a level they have never ascended before.

Boat watches, aghast, as a very slender demon with knobs on its body dives under the skirts of a nerdy girl wearing huge contact spectacles.

The demon works on her, thrusting in and out, and suddenly the girl turns round with a little cry of unbridled [email protected], hiking up her skirt and pulling down her cotton [email protected]

She bends and proffers her @ss to the boy she has been dancing with.

There is a white demon that looks like a sea-horse inside the boy, bucking inside the boy’s loins, and suddenly the boy pulls down the zipper on his jeans and pulls out his engorged member.

The demon in the girl pulls her down further, and the demon in the boy pulls him forward, and a moment later he enters the girl from behind and begins to pound into as she [email protected] and screams with mad glee.

The sea-horse demon suddenly leaves the boy, and the slender knobby one leaves the girl’s body. They hover together, their evil faces filled with demonic concentration.

Boat’s fear slowly dissipates and is replaced with mounting fury as he watches the despicable things at work. They push the humans to uncontrolled s£×ual debauchery, and then they would float outside the humans and watch with mean gloating eyes filled with disdain and disrespect.

They crawl up the bodies of the nude dancers, work their tentacles into them, causing them to gyrate with frenzied abandon, pushing out their loins and br£@sts, forever raising the s£×ual temperature to obscene crescendos.

Boat is horrified, freezing up, turning into an immobile fool, glaring with bulging eyes. The human race reduced to such base level, like mannequins, to a most humiliating state of existence.

His anger is total, and suddenly he wishes that someone will come in …someone with that glorious force-field that will s£nd these damn dastardly creatures fleeing into the rank cesspit they belong to!

Suddenly a pair of hands creep around his waist and down the front of his trousers, and he trembles violently, a muted cry escaping his l!ps.