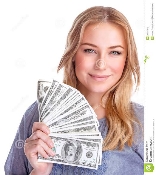 Sasha was in her be-droom, pacing back and forth. She was so confused on what to do.

She took out her phone and called Mavis.

“Oh Sasha it’s late. You actually woke me up from sleep”.

“I’m sorry but I didn’t have anyone to call”.

“What is going on?” Mavis asked and she told her everything.

“Wow. I think you should just tell Hanson about it”.

“I don’t think he’ll be cool with Ross doing that to me. Hanson is prim and proper, he wouldn’t want me to perjure myself”.

“Hmmm, you still have to tell him. You can’t just go along with what Ross says. What if it helps his case and harms Hanson’s case”.

“He said it wouldn’t. He just doesn’t want to go to prison”.

“Then speak to Hanson’s lawyer”.

“You know how lawyers are like. He would want to win by all means and he might even use this against Ross”.

“The best option now is to let Hanson know what’s up and get him to un-derstand that you just don’t want Ross to go to prison”.

“Sasha do that right now and get it over with”.

“Sure. Good night and thank you so much for hearing me out. You’re the best”.

Hanson was in his room, saying his night prayers when he heard his door bell go off.

He was surprised and wondered who it could be as it was late at night.

He quic-kly took his pestle from his kitchen and then he approached the door.

“Sasha?” He said and he quic-kly opened the door.

She walked in she saw the pestle in his hands.

“Wow. If it was an armed robber, what would that do?” She asked, chuckling.

“I don’t know. It was the closest thing I could pick up and I don’t think an armed robber would rob me. It could have just been a petty thief”.

“And why are you here? I don’t mean to sound rude but it’s late Sasha. You shouldn’t be out at this time and shouldn’t even be here at this time”.

“I had to talk to you about something that’s been on my mind”, she said sitting down on his couch.

“What is it?” He asked, sitting across her.

“Don’t over react and plea-se just try to un-derstand me”.

“Ross approached me and he wants me to help him out to prevent him from going to prison”.

“He wants to put me on the stand and make me imply that he dug up your past to protect his company”.

“Put you on the stand? To lie? And I thought you said you’ll stay out of this”.

“I planned to do that but he said this way, you’ll still win but it would prevent him from going to prison”.

“And you believe him?”

“Hanson he’s just trying to stay out of prison and I don’t think you want him to go to prison for this”.

“I don’t want anyone to go to prison. But I don’t appreciate him trying to get you to lie for him. This could go sideways and harm you”.

“Hmm. So what do you think I should do?”

“I think we should speak to my lawyer about it”.

“No no. He would use this against him”.

“He is my lawyer. He’s supposed to listen to me. So let’s meet up with him tomorrow and we’ll find a better way to get Ross without getting him to go to prison”.

“I don’t feel good about this. If your lawyer uses this against him, he would definitely go to prison and this time it’ll be for a longer time”.

“Hmmm. If he’s not going to agree. Then I’ll drop him and get a new lawyer”.

“No no. I don’t want it to get to that. You alre-ady dropped Chloe. Dropping another lawyer will make the jury think differently about you”.

“Sasha. If you don’t want Ross to go to prison, this is the way out. Not you getting on a stand and lying for him”.

“Hmm, Okay. I just pray it works out”

“No. You’re just being human and I un-derstand that. I also don’t want him to go to prison. I just want to get justice”.

“He said he’s willing to get you to resume work and to drop the @ssault case”.

“Let’s meet with Michael and see how we can turn this around”.

“Okay”, she said, relaxing. “You’re the best Han. I really thought this would go sideways and I felt that you might quic-kly want to use this to your own advantage”.

“I’m not that kind of person. I just want him to be fined for the attempted defamation and for infringing on my privacy. And for also firing me”.

“I think you have to get going. Let me drop you off”.

“I’m a grown woman Han and this isn’t the first time I’m stepping out late”.

“Okay then let me walk you out”, he said and they walked out of his house.

“Goodnight Sasha. Drive safely and let me know when you get home”, he said hvgging her and pe-cking her on her forehead.

“Goodnight Hans”, she said she got in and drove off.

Sasha decided to visit Rachel who was not feeling too well before going to work.

“Hey love”, she said, when she got to Rachel’s room and she pe-cked her on her fore head.

“How are you feeling?”

“Yeah. I guess my involvement with Manny had a role in that”.

“Yeah, but I’m over it now. I’m not mad at you and I won’t have a problem with you bringing him around me”.

“Hmm. Thank you but it’s not necessary anymore”.

“He cheated and don’t say I told you so”, she said, tearing up.

“I wouldn’t say that. Come here”, Sasha said to her and she hvgged her.

“Everything will be alright”, Sasha said to her.

“Aww”, Rachel said, smiling. “Just this positive energy I’m seeing can revive my health”, she said and they laughed.

“Guess where I’ll be having my bachelorette at”, Rachel said to her and Adriana waved her brows.

“No no. Not that place again”, Sasha said.

“It is and this time you better not run off”, Rachel said to her.

“I’d tell Archie about your plans to let other men t©uçh you and get down on you”.

“He alre-ady knows and he’s cool with it”.

“You have no choice and it’s going to be fun with all of us there”, Rachel said to her, sitting up.

“It seems your fine. I’m going to work now”.

“You can run away from this conversation but you wouldn’t be able to run on that day”, she said to Sasha as she walked out of the room.

“The look on her face was priceless”, Adriana said and they both laughed.

Sasha was in her office when Ross walked in.

“Sasha what the hell! Why did you do this to me?”

“What are you talking about”.

“Your pauper of a b©yfri£ndjust drained me. I told you something that you could use to help me and you used it to help that piece of sh…”

“You better watch your mouth Ross! We did you a favor. You didn’t want to go to prison and the best way to get that done was to settle”.

“The money they got from the settlement is ridiculous. Even the judge wouldn’t have granted that”.

“If you want, we could return the money and go back to court”.

“You’re a little snake. How did I not see that?”

“What is your problem? So you would risk me going to prison over your money?”

“They would not have found out that you lied”.

“So you think that if they put me on the stand, Hanson’s lawyer would have let my lie slide?”

“Hanson wouldn’t have allowed him to question you”.

“As a lawyer you should know that it’s not every lawyer who listens to their client in court! If I didn’t speak to Hanson or his lawyer, I could have been at the risk of going to jail and losing Hanson!!!”

“You could have just trusted me and you trusted the gold digger. Now that he has a lot of money, let’s see if he would still care about you. He’s gotten what he wants, we shall see how that turns out”.

“He deserved the money. When stupid rich people like your try to oppress others, you should check to see who they’ve got in their corner. He had God in his corner and that’s why he turned out to be victorious!”

“Seems like he had his sugar mummy on the side too, to get him a good lawyer and money!”

“I will and I hope you enjoy your life. Thanks for ruining mine!”

“Oh plea-se. What has been ruined? You just lost money. St©p acting like a spoilt br@t!”

“We shall see”, he yelled and he walked out.

“What was that?” Lilian asked, walking in.

“Ross lost the case and had to settle Hanson with some money”.

“Wow. So Hanson is rich?” Alicia asked, walking in and Sasha rolled her eyes.

“If only he uses the money wisely”.

“But now he’s got some money. Good for him”, Alicia said to her.

“Why don’t you look happy about it?” Lillian asked.

“Ross and I are in a bad place now and it hurts me”.

“It’s a long story but let’s say I didn’t help him out and I sold him out to Hanson”.

“I thought you were going to stay out of it”.

“I did till Ross got me involved”.

“Hmm. I’m sure he’s hurt and he’ll come around”, Lilian said to her.

“Is that all that’s bothering you? You look disturbe-d and not hurt”, Alicia asked.

“Ross said something about Hanson using me and he said that now that Hanson has money, he wouldn’t need me anymore”.

“Oh I doubt that. Hanson seems like a genuine person”, Alicia said to her.

“I’m really falling so h@rd for him and it would hurt me de-eply if I find out that he was playing me”.

“I don’t think he is. Be positive”, Alicia said re@ssuring her.

After work, Sasha called Hanson’s line. She wanted to go out and celebr@te with him but he wasn’t picking up.

She got in her car and drove off to his house.

When she arrived, she walked towards his door and she heard a lady’s voice. She got paranoid but decided to call his line to see if he was truly ignoring her.

She called him twice and he didn’t pick up. Then she got annoyed and ban-ged on his door.

He opened up and she pushed him and walked in. When she walked in, she saw Chloe sitting on his couch and she got upset.