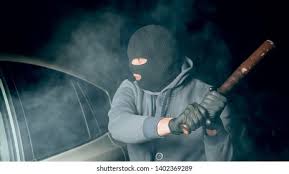 Excuse me?” Damian whispered, and he looked at his face.

“That scar. It wasn’t there yesterday” Damian said.

“Your voice. It also tinier than yesterday” Damian arched his brows.

“Or maybe I didn’t see your face properly yesterday cause you wore a blue cap” He further said.

“What? I never came here yesterday” The guy shook his head.

“I guess you really do forget things easily. It fine. You might not remember today too. I also think you have a sore throat. Rest well” Damian tapped his shoulder and walked away.

“But this is my voice…and I never came here yesterday” He muttered to himself.

Ariana’s eyes were still down.

“Hey,, Look at me. You alright??” Malcolm asked. written by sommy pearl f.

“Then, let me have a look at your face. Did she hit you?” He asked.

“Let me see then” He muttered, and held her jaw.

He raised it up and her face looked up at him.

Her eyes met with his eyes and hints of her memory came flowing by.

“I just saw it” She muttered.

Malcolm let go of her face.
“What’s that?” He asked.

“Its fine. I’ve taken care of her” Malcolm said.

Cindy looked down and saw Jung Hee laying down, unconsciously.

“Ariana, Its time” Malcolm told her.

Malcolm turned to him. Oliver eyes were on the unconscious Jung Hee.

“We have a problem” Oliver sighed.

“The [email protected] can’t work if Jung Hee is like this. Her face won’t get scanned properly. It will fail, definitely”

“Sh!t!!!” Malcolm thundered and they all shivered.

She shoved a phone to everyone’s faces. Someone was calling.

“Let me answer it. I can talk like her” Ariana muttered and cleared her throat.

Rhoda nodded and gave her the phone.

“Hello?” Damian said quickly, the moment the call went through.

“Gosh. You don’t know how worried I am right now. You were picking my calls, why?” He asked.

“Sorry. I was still asleep”

“Well, Figures. Since, you’re still on your menstrual period”

“Are you still gonna come to work today?” He asked.

“In 2 hours time” She whispered to Ariana.

Ariana checked her time.
“Uh,,, expect me around 10pm”

“Okay then. I’ll tell the others on your behalf”

“Get well soon. Make sure to take your drugs. Rest now, if possible. If you think you can’t make it, stay at home…but don’t forget to give me a call”

“I love you” Damian said.

Ariana raised her brows, and looked at Malcolm. He wasn’t looking her way, anymore.

Ariana blinked fast, and gulped.
“Me too” She whispered.
“Bye, I’m hanging up” She said, and hung the call.

She sighed deeply and handed the phone to Rhoda. written by sommy pearl f.

Ariana nervously scratched her hair and followed him, from behind.

Damian arched his brows as he kept his phone back into his lab coat pocket.

“Excuse me?” Someone called.

“I don’t know what were talking about earlier but I never came yesterday and I don’t have any sore throat” The trash remover said.

Damian chuckled softly.
“Or maybe, you actually forgot you had a sore throat and you came yesterday. I understand why you talking like this. I guess you really forgot, being here yesterday. We even saw and talked. Good luck” He tapped his shoulder and walked past him.

He turned and watched Damian go back in.
“What’s he talking about? What’s he saying??” He thought, and walked out.

“I actually need your help. It seems somebody took the trash already. But, I don’t really remember taking them yesterday as Damian @ssumed”

“Then?” The security man raised a brow.

“Can you show me the footage of yesterday at the trash area? All of it”

“What do you mean the footage isn’t there?” Larry raised both brows, perplexed.

“Its odd too, you know. I’ve checked severally but the video footage that the CCTV, would have recorded yesterday at the trash area isn’t there. It looks like it was deleted or something”

“Its not possible. How would it have disappeared like that? Weren’t you around yesterday?”

“I was here throughout. Nothing really happened yesterday. So, I don’t know what went wrong”

“Perhaps, Someone tampered with the computers or the CCTV?”

“No way. I was in here throughout yesterday. Or maybe, the CCTV got a problem yesterday cause right now, It working just fine”

“Hmm…Okay then. Thank you” Larry said, and left.

“Its suspicious. But I’ll just have to forget about it” He thought, and shrugged his shoulders.

“What did you say, you saw again??” Malcolm asked, coldly, and slammed Ariana against the wall.

Her back collided [email protected] with the wall, and she let a small sob escape through her little l!ps.

“What did you see? Tell me! You said you saw something??” He almost screamed.

He was growing impatient, plus the anger he had, due of Jung Hee’s unconsciousness.

Ariana shivered, like a homeless and cold puppy. She couldn’t even look at his eyes anymore.

Her eyes stayed down, and it came in contact with his belt, on his wa-ist, around his trousers belt holder.

“Talk to me…” He moved his body closer to hers.

Ariana took her face up, and tightly closed her eyes. It didn’t stop the tears from falling.

Her body was gently touching his, cause of their closeless.

“Why are you doing this to me?” She quivered.

“Forcing me like this isn’t necessary. I’ll tell you,,, okay? And why are you so interested in my memories!” She wished she hadn’t screamed.

With his mighty hand, he seized her chin and drew his face up to his.

Her eyes were red, and had shimmering tears. Her face was like an exhausted warrior who just came back from the battle field.

She could feel his hot breath, hitting her face. She wanted to blink her eyes away, but she wasn’t in control of her face now.

The mafia was. Malcolm was the one holding her face, controlling it as he pleased.

“Look into my eyes!” He screamed.

She took her troubled eyes to his.

“Tell me, what you see” He calmed his voice down.

“I see nothing! Absolutely nothing!” She cried out in fear.

“If you’re dying to know what I remembered earlier. It was about the building, I saw last time, when I looked into your eyes” She started.

Malcolm widened his eyes shortly.
“What was writing on the sign board?” He asked.

Malcolm let go of her, and shifted backwards.

“We’ll talk more at home” He said coldly and made to leave.

He stopped and turned to her.

“Your belt. You didn’t set it well” She muttered, and went closer to him.

She wiped her tears away and knelt down before him.

Malcolm watched her, quite unfazed.

She took his leather belt and kept it into the opening, before standing up.

“What was that about?” He asked.

“I just don’t like seeing dressing in disorderliness” She sniffed and walked away.

“What! You liar! Such a jerk!” Ariana spat, walking away, faster.

“I’m sorry, okay? I was just trying to make fun of Cindy. We pull each other legs all the time” Oliver said.

“And you’d to make me the bridge to you guys whatsoever? Ugh!”

“I’m really sorry. Why was boss screaming at you, by the way? What’s up?”

“Aiish! Leave me! I don’t wanna talk about it. I wanna be alone, okay?!” She warned.

“I know how you must be feeling and at times, like this. The best time is to drink. Wanna grab few drinks before it clocks 10?” Oliver asked.

Ariana stopped and sighed deeply, before facing him.

“Huh? You wanna?” He asked, and she pouted sadly.

Before Oliver could pour for himself, Ariana was already on the half bottle of the co-cktail.

She was drinking it directly from the bottle.

“Aiish!” She shouted, and slapped his hand away.
“Why did he suddenly turn cold and mean towards me? So annoying!” She added.

She finished the bottle and jammed it down on the table.

“Oliver?” She laughed, looking up.

“The ceiling is very funny” She said, pointing her f!ng£r up.

Oliver looked up.
“How?” He confusedly, asked.

“It keeps swirling and turning…” She laughed.

She stood up, and staggered.

“But why…why am I feeling this way?” She shook her head.

She made a faint sound, closed her eyes and fell straight to the floor, like an object.

“Oh no!!” Oliver exclaimed and bent down.
“Don’t do this on me! Don’t tell me you [email protected] out! No!” He shook his head.

Oliver slowly turned back to see Cindy standing akimbo, breathing [email protected] in anger, with her hair flying about.

“Darn it!” He stood up fast, and began to flee away.

They were both out of sight now.

“Hmmmm” Ariana mumbled, li-cked her l!ps and sat upright suddenly like she was a living dead.