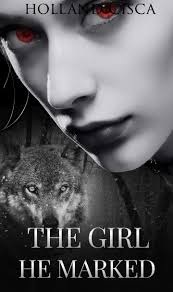 The morning has surfaced, we were both awake sitting on the be-d. Derek was busy with his [email protected]©p, while I sat busy with nothing. I was still contemplating if I should tell him about Kiara’s discussion with me or if I rather keep it to myself.

I don’t even know how to start it but… I really need to have this discussed with him now. I sighed.

” Can we talk about something? ”

” Right now? ” He asked, his eyes still on his [email protected]©p.

He st©pped what he was doing, shutting his [email protected]©p close. He adjusted himself, that we were sitting face to face.

” I uhmm… ” I started with a pause. ” You know, I was wondering, we haven’t gotten married yet and, I’m almost… so close to giving birth. So, I was thinking if we might discuss about our union. What do you think? ” I don’t even know what I’m saying.

” I thought about that so, I decided on hosting our marriage next week. But I didn’t wanna push it too forward without getting your opinion first. And you know, I didn’t wanna talk about it in your condition. ”

I sighed. ” It doesn’t matter if we have to get married with me being pregnant. It’s much better if I may say. ”

” You’re scared people might take me away from you? ”

” No… I.. I mean of course not. ” But the look was just too obvious to tell, leaving him to laugh at me. I found myself laughing too.

By the way, why would I be scared?

Everyone of course knows we are mated alre-ady. Or, am I being too concerned because of guests yet to come for the wedding. You know, those pretty ladies who thinks they are better than everyone in the world.

” It’s okay to be scared. But you’ve got to believe this, I’m never leaving you for anyone. Not after what we’ve started together. ”

I nodded in relief.

” You wanna talk about anything else? ” He asked again.

Hold on… Did he just…

” It was too much. I mean, your thoughts are too much and they are bothering me. ”

I exhaled, ru-bbing my palms. ” Last night, I thought about this but, I don’t think you might approve it. Can you just re-ad my mind, plea-se? ”

” Diana you know I can’t do that. It’s your privacy, I don’t wanna invade it. If you’re being too shy to tell me, maybe you can anytime. ”

” No, I want to have it discussed now. I… Okay, it’s about my parents. I was thinking maybe you can permit them to attend the ceremony. I just wanna see them, even if it’s for the last time. ”

He smiled. ” Don’t worry about them, I alre-ady s£nt them an invitation. ”

I chuckled, scoffing. Gosh, I’m damn surprised. ” Oh my goodness, Derek, you’re full of surprises. Thank you so so much, I love You. I love you. ” I threw myself on him, causing him to rest on the be-d.

” I’m grateful for what you did, Derek. You definitely don’t know how happy I am. ”

” Whatever makes you happy, makes me happy too. ”

This time, it was I who pressed myl-ips on his, k!ss!nghim [email protected]

” Damn it, kiara you’re hurting me. ” I grunted at the h0t pains in my belly.

” Sorry, she’s too stubborn just like you. I’m trying to calm her down but she’s too… ”

” Then keep trying!! ” I held the lower [email protected] of my stomach, pushing myself to [email protected] the be-d. ” This is the most painful moment of… my… life. ” I said in clenched teeth. ” Whew…” I breathed, in and out.

I did that again and again as if that would help. And indeed it did. ” Kiara, ” I called with a warning tune. ” Don’t you ever, ever again [email protected] her. un-derstood?! ”

I exhaled heavily, resting my back on the be-d. ” Whew… ”

That night, I sat happily at the varenda. I always go there each time I wanted to be alone. I wanted to think, to be outside the universe.

I never expected Derek to have done what he did. Every other alpha will try to show how angry they were when humans are being mentioned, humans different from their mates.

But Derek just proved how different he was to other alpha’s. First, he respects my privacy. He never re-ads throu-gh my mind without my permission. And now, he just approved the idea of letting my parents attend our marriage.

Did I just said approved? He has alre-ady s£nd an invitation letter to them??

“Dearly Beloved,” the elder began, ” we are gathered here today in the pres£nce of these witnesses, to join Alpha Derek and Lady Diana in matrimony commended to be honorable among all; and therefore is not to be entered into lightly but reverently, [email protected], lovingly and solemnly. Into this – these two persons pres£nt now come to be joined. If any person can show just cause why they may not be joined together – let them speak now or forever hold their peace. ”

He continued, “Friends, we have joined here today to share with Alpha Derek and Lady Diana an important moment in their lives. Their time together, they have seen their love and un-derstanding of each other grow and blo-ssom and now they have decided to live out the rest of their lives as one.”

” It’s time to put each other the ring.” The elder instructed.

” I Derek give you Diana this ring as an eternal symbol of my love and commitment to you.” He fixed the ring into her f!nger.

” I Diana, give you Diana this ring as an eternal symbol of my love and commitment to you.” She did the same to him.

At the final declaration, the elder said. “By the power vested in me, I now pronounce you alpha Derek and Lady Diana husband and wife. You may now k!sseach other. ”

He ended with, ” I pres£nt to you the newly married couple

Everyone stood up with an applaud as the couple lead out.

After the matrimony was over, Diana’s eyes went all over in search for her parents. Even with the now over grown bu-mb, she walked up and down. Now that she has seen them, she ran to give them a warm hvg.

Derek had ordered some people to st©p her but, she didn’t listen but kept running. Mrs Craig, her mother held her mouth in fear, but did that seem to bother Diana?

She ran to them, throwing herself in their [email protected] ” Diana, you will hurt the baby. ” Her mother gave her a look.

” Well, that isn’t an excuse to me. If you wanna die, then not my grandchild. ”

” I do, but it seems like you don’t care about yourself. Come here, give me another hvg. ” She chuckled, pu-lling Diana to herself.

” We’ve been doing great. Though, your mother keeps mourning you until Kent told us you were alive with the wolves. ”

” What do you expect? I thought I had lost my only child and daughter. I have to, it’s not like I loved what I was doing. You know what, whatever. It’s your day, let us jubilate it. ”

” Why don’t we sit at the high table. I know my husband will be expecting us. ”

” I said, call me my mother!” She yelled at the nurse who did that Immediately.

Not quite long, her mother walked in straight to her side.

She nodded continuously while the nurse asked her for a push.

She screamed, her grip ti-ght on her mother’s hand. She kept [email protected] for air.

The nurse ordered for another push which she did. Again and again, this she went on until something like a head was seen.

There [email protected]£ the cry of a baby filling the air.

“What do we have?” One of the nurse asked.

Diana stared at her mother who offered her an @ssuring look that everything was gonna be okay.

Soon, Diana felt pains in her stomach like something was kicking her.

“There’s another!” A nurse informed. “There’s one more.”

Diana looked at her mother weakly, she wasn’t sure if she could endure it this time. She needed to rest, but the being in her wants to leave.

” Kiara, I thought you said it was only a she! ” She echoed not minding the people around her.

” Sorry, I forgot to mention there was a he too. ”

” Oh my God, I don’t think I can hold this anymore. Mother… ” She pressed her hand ti-ght.

Mrs Craig rubbe-d her palms softly, tears dropping out of her eyes. She can’t do this, she needed some rest.

“Okay. You need to push [email protected], my lady. Push!”

She held her teeths firmly together. Her b©dy stiffened in each push. It was time for the last push, she gathered her strength, her eyes turned purple.

” Diana, this is the last… you’ve got to push. ” Kiara whispered in her head.

The other her was re-ady, Kiara has to help her.

She gave the [email protected] push…

“I wanna t©uçh my babies.” She said dully and they brou-ght the two infants to her side.

They la-id them beside her. She couldn’t st©p from staring at this creatures, they were beautiful, they were gorgeous.

“Do you want to feel them?” She asked.

She nodded her head. ” Yes, yes. Oh my… goodness. ” She held them both in her arms, humming one of those lullabies she always sang for Diana when she was little.

He [email protected]£ closer, He took his male child into his arms, holding him ti-ght from falling. He loved babies, but he has never taken one into his arms so he fears he might hurt his child.

For the first time, a tear fell from his eyes. He has never thought of being a father. Now he is, what kind of father will he become?

“He’s beautiful. They both are so beautiful. My bloods, my futures. ”

” DIVIANA! ” I heard mom called but I paid deaf ears to her, running down the hallway. ” Diviana, I said, get back here, will you?! ”

I st©pped, stamping my feet angrily to the ground while I heard her approach me. ” Mom… ”

” Don’t you ever mom me, okay? I said get back to your room and stay with your brother. ” She pointed towards the direction of my room.

” But mother, Lucas can take care of himself. Besides, I just wanna pla-y. ”

” But this is not outside the castle… ”

” Can you st©p exchanging words with me and do as I said? To your room, now! ” She pointed.

” Take it easy? Did you even listen to her? No, she is going into her room. And woman, what are you still waiting for? ” She said, throwing me a [email protected] gaze.

” Fine, I’m going.. ” I scoffed, murmuring to myself as I headed back to my room.

” Hey Divia… ” Lucas tried to say but I cut him short.

” That trait didn’t just come from nowhere, she must had gotten that from her mother. ”

” Traits doesn’t give a damn how long it was or has been. It flows, and I think you just [email protected] that down to her. ” She chuckled.

” No, I was stubborn, but not as stubborn as she is. ” We started to my room.

” I bet yours was worst. Cos if I can remember, yours resulted to you getting bitten. ”