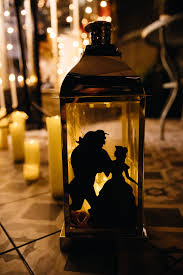 “I know you’re on an exile but I cant allow that cause I know you’re innocent of the allegations.” He said. My heart churned in happiness.

Aside Amrit, someone else believed it was a set up. ‘I’m relieved.’

“The reason why you’re here is…” he paused and stare innocently at me.

“…You’ll be staying here till your exile is over…”
.

“Because I asked you to, Mehel is cunning. He may track you down and hurt you, you can’t trust a cunning man. Remember.” He said. I actually digested his short speech, that’s true, maybe I need to lay low till the four months is over.

“Of course, yes. You’re safe here with me✨.” He furthered. I just shrug with a dry smile.

“So my friend what would you like to take ?” He asked like a gentleman. He may have dark side too but somehow, I’m not afraid of him.

Maybe he’s not bad after all.

“Water. Water would be okay, for now. Maybe.” I said with a shrug.

“Water ? Why water ? C’mon my friend order for something.” He urged. Its high time he stop calling me ‘My friend’. That name sounds weird to me.

“I’m Saga not My Friend. I’m not being rude. Pardon, if I sound rude but…”

He cuts in smoothly. “I understand but I’m used to my friend already, I’ll try to adjust. So back to the discussion, what can we offer. You shouldn’t be shy, feel free. My Fri- oh sorry, Saga.” He smiled.

“Its okay, but I insist on water. I’m not hungry, just only thirsty for now.” I smiled and he nodded before heading towards a room I @ssumed to be kitchen.

At least he’s fun to be with, that’s okay by me.

What if he wants something from me, just like Mehel…?

“I came here for you.” He smirks. I could feel my heart ❤ drop to my feet.

“Now, that you’ve seen me, can you kindly take your leave ?” I ordered but it came out like an offer.

“You can’t order me out of your home like a kid. That’s the fact and you should know.” He hissed.

I hissed. “Why can I ? The last time I check, this house doesn’t belong to you.” I yelled.

“So ? I came here all by myself and I’m leaving when I’m pleased.” He said smugly as he lay back comfortably on the couch.

“I hate you…” I muttered and crossed my arms on my chest.

“That’s the opposite, baby Dolly.” He said with a haunting smile.

“Since you won’t leave, then I’m leaving.” I hissed and walked toward the exit door.

“You wont dare…” he said and I stop on my track.

I Turner abruptly. “Says who ?”

I tried opening the door but it isn’t yielding.

“He wont, cause I didn’t ask him to.” Mehel said from behind. “Come here.”

I hissed. “But I’m okay like this, not that I’m complaining. Duh ?”

“What’s so amusing ?” I asked irritatedly.

“Hmm…Nothing. Since the village council accepted my proposal on getting married to you…” he paused.

“We’re getting married in three days time.” He said.

I laughed🤣 crazily like someone on laughing [email protected]

“What’s so funny ?” Mehel asked putting on a confused😕 look.

I ignored him and continue laughing😂. From a confused look, he wore a fearful😟 expression.

“Stop it Amrit, you’re getting me scared. Please.” He muttered. I stopped at stare at him.

“We’re getting married in three days right ?” I repeated his statement.

“I came here to pick you since, you’ll be my bride soon.”

She smirks and headed upstairs.

She came back with her luggage. “Let’s go…”

Is she being serious ?
.
(Forced Marriage💍)

She smirks and headed upstairs.

She came back with her luggage. “Let’s go…”

Is she being serious ?

“Are you being serious ?”

“Do I have any option, hell no ! So can we get going ?” She replied and walk ahead dragging her luggage behind…

Now that I have Saga in my custody, what’s my next plan on hitting Mehel ?

Damn ! I’m not a type that knows how to plan or set people up. Somehow, I think I’m screwed. Saga, he may be of help and Jeph maybe.

I checked the caller ID, Mehel❤ was displayed on the Screen. I still care for him as my younger brother, just that he’s just being a d!¢khead.

📞Of course yes. For some shitty reasons though. Don’t feel too special, pvzzy face.📲

📞Not like having my digit with ya is some kind of great achievement, though.📲
I replied.

📞And you haven’t change, yourself either. Still that Shit head younger bro. Forget about that shit, why did you call ?📲

📞You still swear a lot. Anyways, I want you to release Saga and allow him go. The fv¢k bruh, I’m still dealing with him.📲

📞What makes you think I’ll do as you wish ?📲

📞For your fv¢kin’ information, he’ll be in my custody till his exile ends. You planning to hurt him.📲

📞Cause, he shouldn’t be dragged into the fv¢kin’ deal Father had with Mr Randy.📲

📞You shouldn’t interfere either.📲

📞Then let’s meet at the council office then. 📲

“Boss, you got a letter.” Jeph offered me a neat envelope.

“The council office cause it has their stamp on the.” He replied.

“Sure thing, boss.” He nodded and leaves.

I unfolded the letter to read.

From the council office 📨

‘This letter is s£nt to you cause your attention is needed at the council office by noon today, Aug 13 2020, just to clarify some things from you.

Signed by the village head®✍
.

I burst into a heavy laughter 🤣after reading the letter.

Mehel is so damn funny, threatening me with the village council ? He’s so damn crazy.

I checked the time, 09:56am, just two hours to noon. Since, Mehel won’t stop at nothing until he’s devious plan is fulfilled then I’m showing him who’s the boss.

🚹Isn’t that Anurag ?
🚺Banaras multi billionaire before Mehel ?
🚹 Did he also commits a crime ? He’s too rich to commit a crime right ?
🚺Oh my goodness, someone should hold me please cause I’m falling.
🚺Awwn 💋! I love❤ you, Anurag💓.

I walked up to the council leaders and bowed to them. “Namaste…”

“Namaste to you too…”

I smirks at Mehel at the other end, he s£nt me an icy glare. I put on a smug grin before having my seat.

“Just Yesterday, morning to be precise, Saga Rajvi was s£nt on an exile. And a complaint was made against you by Mehel for keeping Saga with you when you’re aware he’s on an exile. True or false ?”

“Be cautious of your language, you aren’t allowed to use swear word.” The village head warned.

“Damn ! I’m used to it already but I’ll try.”
Yesterday at 9:34 PM
Hor Lhar Mhee Dhey
I [email protected] while the village head gave me a quick nod.

“I’m aware he’s on an exile, so ? I decided to help him cause he’s out of the village and he’s helpless. Not like he’ll roaming about in the village though.” I explained.

“Boss asked me to take you out, for a few shoppings though. You should get dressed, we’re leaving in the next ten (10) mins.” Jeph said, though he isn’t smiling.

“Let’s get going, I’m done.” I announced. He s£nt me a cold glare before nodding.

I was irritated by his action. “That’s kinda rude, you should at least smile even if its for some seconds.” I said rudely. He just shrug without uttering a word.

“Get in.” He quit his glare slowly into a quick smile. “Happy now ?”

“You look cute like this, thanks.” I murmured and hopped into the car🚗.

“Not like you deserve my smile, just abiding to boss order.” He muttered rudely.

For more a minute, the council leaders keep deliberating between themselves. Mehel won’t stop giving me those icy glare and I didn’t stop smirking either.

“Since Anurag Says Saga won’t come out of his premises, then its okay he keep Saga with him.” The village head announced.