something about us Episode 50 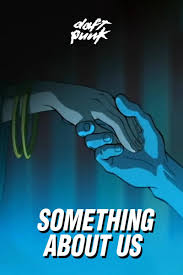 Alexa was alre-ady in the motorcycle with Eric, sitting behind. He held her ti-ght around her [email protected]!st. Alexa nervously blinked her eyes. She felt sorry for him though.

“You reek of alcohol. Make sure you take some hangover soup when day breaks” Alexa advised taking him down slowly.

“Will you make some for me?” He whispered with his eyes shut. Alexa sighed de-eply and pu-ll-ed him to her arm. He held her shoulder and she held onto his [email protected]!st.

“It my day off tomorrow” She replied as they walked hand to hand. She walked up to the door and pressed the [email protected] code. The door beeped loudly as it opened wi-dely. She was alre-ady tired. She sighed in relief as she took him to the large sofa.

She la-id him down carefully and took a blanket nearby. She wra-pped it on him and stretched her n£¢k. She was obviously very tired. She was feeling sleepy too.

Ethan, who heard the strange sounds [email protected]£ to take a look. He was surprised when he saw Alexa.

“Hey? You haven’t gone home yet?” He asked
Alexa nodded.

“I got a call. As you can see, he’s very drun!k. Take care of him” Alexa replied and left.

She ran downstairs and climbe-d her motorcycle, started the ignite and zoom! She was out of sight.

Lizzy ran as her legs could carry her. She st©pped for a moment and sighed heavily. What the hell was she doing? Did she just run from her [email protected]£ trying to go to Collins?.

She shaked her head in disbelief and walked away. She decided to go home. She sneaked into the house, changed to her pajamas and went to be-d. Deborah was fast asleep.

However, Lizzy couldn’t sleep. “What if he’s still waiting for me?” She thought with her eyes wi-dely opened. She kept staring at the ceiling in thoughts. She looked at the time. It was 12:15am.

“It can’t be. He possibly wouldn’t be still waiting for me. There’s no way. I mean, look at the time? To make things better. He said he would wait till midnight. He must have left by now” Her thoughts were endless. She was also worried and anxious. She decided to check things for herself. She ran out of the room still wearing her pajamas. She also wore her bathroom sli-ppers and raced outside immediately.

She ran like a thun-der bolt, she was breathing heavily trying to find her way in the darkness. She finally got to Rulee Royals. However, He wasn’t there. She gave a sad sigh and started leaving.

“Noona!!” She heard his loud voice. Her heart skipped as she quic-kly turned behind. Facing her was Collins. She was so surprised. “How? How could he still be waiting for me?” Her thoughts ran again. A tear ran from her eye. Collins gave a warm small smile. She breathed de-eply and found herself running to him.

Collins caught her quic-kly, as she hvgged him ti-ghtly. She looked at him and smiled. Though, she was still tearing up. He wiped her tears and smiled back. She suddenly gave him a quic-k k!sson hisl-ips.

“Thank you for waiting” She whispered. Collins who stared at her was shocked. He couldn’t hold back himself anymore. He just loved her. He went to herl-ips and began k!ss!ngher slowly and de-eply. Elizabeth wra-pped her arms around his n£¢k while he ti-ghtly wra-pped his arms around her [email protected]!st as he pushed her b©dy closer to his.

News were everywhere that morning. A bad news! Dana Willy, The biggest Ballerina died in a plane crash that early morning. It was shocking! She was actually off to France for the Big Event! “BEST WORLDwi-de BALLERINA”

The friends were shocked and devastated as well. Flora kept staring at space as they all talked about it.

“I’m gonna leave now. Let’s catch up later” Flora finally said, interrupting them as she left without hearing their response.

“What’s wrong with her?” Alexa asked feeling quite worried.

“What do you mean? You guys don’t know why she’s abs£nt minded?” Alicia frowned

“Why? Why? Tell us if you know. Do you just wanna boast?” Alexa frowned as well.

“Well. It’s because she was the one supposed to die, Not Dana” Alicia replied

“What? Why should you say such an absurd thing? Huh?” Lizzy asked angrily

“What do you mean, Unnie? I’m right. Just think about it. @ssuming, Flora didn’t gain weight. She would be the one leaving to France instead and then, She will have to die instead too. Dana took her place”

“She should be grateful she gained weight, if not, you guys would be mourning for your friend” Alicia explained as they both stared at space lost in de-ep thoughts.

Ken had this surprised look on his face. He drank his wine and smiled. He turned his gaze to Flora who kept staring at the table.

“I wonder why you eventually called me” He finally asked.

“…..Everything.. is… fate” She paused inbetween her words as she kept staring at the table.

“What?” He asked trying to take a look at her face.

“You save me unknowingly” She whispered again.

“If you didn’t come to offer me those foods. I would have probably been in that plane–

“I heard about the Plane Crash. It was unexpected” He sighed de-eply

“It was supposed to be me” She whispered not bothering to re-move her eyes from the table.

“I was supposed to be in that Plane. But I wasn’t, Thanks to you” She whispered. Ken felt it. He couldn’t re-ad his emotion anymore. He simply sighed.

“It’s not that I’m glad that Dana died. But I’m glad, You saved me…. I’m also sorry for my cold behavior towards you including my harsh words”

“It’s okay. Just go on with your life, and do everything you want”

“Ken” She called in a whisper. He looked at her, as she slowly re-moved her eyes from the table. Now, She was facing him directly. Her gaze was stuck on him.

“Why? There’s no need to re-move any weight–

“I just want to less£n my weight. No Surgery included–She paused and smiled. However, Ken wasn’t smiling. The smile vanished from her face and she sighed de-eply.

“You’re the first I’m telling this to” She added

“When are you coming back?” He asked sadly.

“No. I’m going to leave. This time, my heart wants it”

“What? Then, Let’s at least have few [email protected]£s together, plea-se?”

“I just feel bad for treating you badly despite being my unknown savior. I’m [email protected] to face you right now”

“It’s okay.. We can sought things out–

“Ken. plea-se, Let’s drop this. Anyways, Goodbye. Till we meet again” She whispered and left without turning back to him. Ken’s eyes turned red and teary. He tried to hold his tears but he couldn’t. He placed his head down on the table, facing the floor and cried his eyes out.

The Airport was really noisy. Many people seemed to have planned to travel that day.

“plea-se, Listen to us. Don’t go” Lizzy cried as well.
Flora sighed sadly.
“Girls. We’ve been standing here since. Let me go huh? I might miss my flight” Flora said

“Miss it then. We don’t care!” Alexa wailed.

“Are you guys some bunch of kids or what? People are staring. It’s fine Guys seriously” Flora tried to smile.

“But we aren’t fine with it. Don’t go, plea-se!” Alexa cried aloud.

“I’m sorry guys” Flora whispered taking away their hands slowly from her dress.

“Is this some sort of farewell stuff?” Flora asked

“Listen! This is really painful. Aiish! Mine first…..I’m actually [email protected]!ngCollins” Lizzy blurted. They both stared at her, not moved.

“What’s this? Why aren’t you guys suprised?” Lizzy asked wiping her tears

“We know” They retorted

“It was obvious. You guys are so bad in hiding things. Anyways, Fighting on your new relationsh!p! Okay, Mine is… Well, Lizzy, Eric was the guy”

“Your anonymous crush” She replied

“Eric was crushing on her?” Alexa was shocked

“Yeah. Sorry for not telling you. Anyways, He told me he likes you now. He’s waiting for your approval” Flora f0rç£d a smile. Alexa sighed de-eply.

“What? Did he know you were a girl before doing such?” Lizzy asked as they both stared in curiousity

“I guess we are done. I’ve to leave now”

“What’s gonna happen to us now!!” Lizzy yelled as they cried the more.

“Our blessed trio??” Alexa cried out.

“Wait! plea-se!” She heard a loud voice. She looked behind and saw Ken.

“Ken?” She whispered. Ken ran to her and gave a smile.

“Good luck” He stretched his hand for a handshake. Flora smiled and took it.

“I hope we don’t meet again” She whispered

“Because I might fall for you if we ever meet again” She replied smiling warmly. Ken chuckled softly.

“Goodbye, Ken” She smiled and began leaving. She turned her head to see them one last time. She was kilometers away now. They were still standing and staring with tears running.

A single tear escaped from Flora’s eye which splashed on the floor as they all waved to her. She waved back and started walking back again.

“Aniio Chingu (Goodbye Friends)” She whispered to herself and finally left their sights.