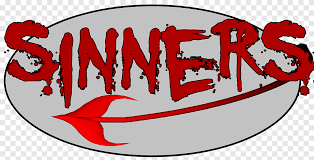 ♣️ BOOK ONE OF THE DE LUCA SERIES ♠️

I pushed him off and glared at him as he pulled me with him .

” Where are we going ? I asked worriedly and he ran his f!ng£rs in his hair .

” Why ? Didn’t your men come out with you this time around ! Are we gonna die [email protected] ? I asked freaking out .

” So you’re this scared of Dieing ? And you wag your tongue carelessly ? He asked and I rolled my eyes.

” Grace what do you want me to say ? He asked frustratedly .

” If we’re even gonna leave this place alife ? Why are these men even after your life ? It doesn’t make any s£nse to me ” I said and he turned to me .

” I have lots of enemies ” he grinned.

” You think this is funny ? What if I want end up dead ” I asked in horror.

” That’s the most stupid thing I’ve heard Grace , don’t be scared if things get worse We’d just be the modern day Romeo and Juliet ,don’t you wanna Die an honorable death ? He asked teasingly and I pushed his chest .

” Honourable death my foot , you think this is a joke ? I literally saw bullets fly past my head [email protected] ! I said and he turned and walked into the Chambers .

I can’t believe our so called honeymoon has gone wrong . I could still hear gunshots outside getting louder and louder .

He handed me a jacket and gestured that we should leave .

” [email protected] I’m hungry …we can’t leave like this I’m hungry ” I whinned and he tucked two guns in his pocket .

“We need to leave grace ” he said and not too long a woman walked towards us and handed Grace a fancy lunch bag …..

” Thanks ” she said and I pretended not to hear her which in return earned me a glare from my wife .

I noticed he brought out his phone typed something and removed his SIM cards .

I watched in confusion as he broke the phone immediately .

” Drop your phone in the yatch ” he said and I looked at him like he’d grown three heads .

” I should keep my phone here ? [email protected] are you for real ? I can’t do that ” I snapped angrily and he ran his f!ng£rs in his hair .

” You want them to track us Down ? Grace don’t be stupid ,don’t f*cking get on my nerves please ” he said and I looked away .

” You think I’m. Joking with you ? He asked and the next thing I knew he snatched my phone .

” [email protected]…mo ! I screamed angrily as he brought out my sim cards .

” [email protected] what are you …mas ! I added as he threw it outside the yatch and into the water .

My phone ” I looked in shock and he looked at me.

” I’d get you the latest model Grace let’s get out of here ” he said and I glared daggers at him .

I just hate him so much . He Walked infront and pulled me with him..

” [email protected] wait. .” I tried to stop him as he got out his Jet ski and the pulled me with him .

” Don’t be stubborn grace he said and put me in front …I was literally shaking from head to toe and the fact that I was hungry wasn’t helping matters .

I looked behind and I could see those guys on hot pursuit .

” [email protected] they’re coming ! I said in pannick and he chuckled.

” Calm down bambina ” he said and I rolled them .

” Calm down we’re about to Die [email protected] …oh JESUS 🙆 ” I screamed.

” Get the guns out of my pocket ” he said and I stared at him remembering what we did the last time.

” [email protected] I’m so not doing that again ” I said and he Chuckled softly.

” It’s either we work together or we die together Bambi ” he said and I pulled out the guns in frustration .

” You look f*cking se-xy right now Grace ” he said and I shot at them too , the bullets hit one of them and he fell down into the water .

” [email protected] I killed someone …I. ” I was about to go into pannick mode and he pulled me by the waist whilst klzzing my neck softly .

” Concentrate on the target …shoot them grace ….No mercy ” he said and right then all I was focused on was his voice and the guys ahead of us .

I didn’t know what happened to me ,but at that time it felt like I’d been possessed by the spirit to kill .

I shot at the Guys and they fell of their boats .

They tried to get at us but [email protected] was a pro at dodging their attacks .

They shut at jet ski and when [email protected] turned the Jetski it refused to move and shut dead .

” We’re not far from the island grace. ..” he said and when I turned I noticed we we’re super close to the island .

” I think we should get in the water ” he said and I looked at him like he’d lost it .

” Are you scared of sharks ? We’re already close Bambi ..and I don’t think they’re sharks around this place ” he said and we could see the guys speeding towards us …they’d come prepared because despite the fact that we’d managed to escape the ones that we killed…they we’re still coming in their numbers .

” Don’t be scared …I’m here ” he said and for some stupid reason I felt myself trusting him .

He got into the water and I went in after him …..We swam together and when we got close to the land I felt myself getting dizzy …and before I could give into the weakness I felt [email protected] take me in his arms .

” Open your eyes Grace” he said and when I opened my eyes I noticed we we’re on land already.

” Are you okay ? [email protected] asked and I gave a nod as he checked me worriedly.

Seriosely ? I could see just how much he cares in his eyes and when his eyes met mine ,he looked away.

” We need to leave ” he said and I looked at him like he’d grown horns .

“Leave where [email protected] ? Did you even call your brothers ? Did you tell them about the Attack on us ? Who where those people ? I asked and he Ignored me .

” [email protected] you can’t be quiet at this point ,it’s not f*cking fair okay ….I can’t be kept in the dark when my life is also in danger , I’m supposed to be part of the competition going on but I couldn’t be a part of it because my life would be in danger , but right now I feel like marrying you was the biggest mistake Because I’m still not safe ” i said as tears rolled out of my eyes.

” You just called me a mistake ” he said softly and I bit my l!ps .

” I’d pretend I didn’t hear that grace ” he said and walked into the Forest .

” Where are you going [email protected] ? I asked and he refused to answer .

” [email protected] ….you can’t leave me here like this , where are you even going ! I screamed angrily and he turned .

” we’re in an island [email protected] …we don’t even know this place or what kind of animals could attack us anytime ” I said and he turned .

” Those guys are out to kill us grace , We can’t just walk right back into their trap …we’d spend the night somewhere around , I’m pretty sure they’re waiting for us to walk back so they can get hold of us ” He said and I rubbed my forehead.

” At least tell me who those people where ” I said and he just ignored me .

” C’mon grace it’s getting late already let’s look for somewhere to put our heads before it gets super dark ” he said and before I could talk , I sl!pped and fell down .

” Grace ! He yelled and I stared at him in unbelieve.

” For goodness sake I just fell down and sprained my legs I can’t even walk ” I cried dramatically.

” How do you know you can’t walk when you haven’t even stood up yet ?

” Romantic ? Grace you better wake up from your dreams I’m no prince charming ” he said and I smirked .

” Ma….as…I” I trailed and fell down immediately with eyes closed .

” Grace ….! ” He screamed and rest his head on my chest , the minute his head touched my chest I burst into laughter .

” WTF you’re alife ” He said and I laughed [email protected] as he stared at me with his beautiful blue eyes .

” Oh c’mon don’t pretend you weren’t scared you looked like you’d die just now hahahaha admit it …you’re so into me ” I said and he opened and closed his mouth like a fish .

” I can’t stand up ” I said and he carried me in his arms , I held my breath as I opened my eyes to see him walking deep into the forest …he wasn’t even staring at me ,but I couldn’t take my eyes off his preety face .

I stared at his neck to his l!ps and shut my eyes as memories of the previous night filled my mind .

It hurt at first ….but with each thru-st …I found myself enjoying it , He was so manly as he thought me things I’d never known .

I had become sore in the morning , and angry because he wasn’t gentle …But [email protected] …made me remember nothing else but his name the other night .

” You’ve been staring at my face Grace …what are you planning ? He asked and I looked away as a blush stained my face .

” Why do you think I’m planning anything when you have Me in your arms [email protected] ? Are you scared you’d fall helplessly for me ? I asked and he froze immediately.

” What ? I asked smiling