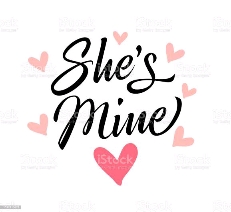 “He undress me and i was left with just pant and bra.

“Wow he said and kissed my bra

“i became shy and use both my hands to cover my bra..

“Are you forgetting here is still open he said jokingly..

“he carried me in a bridal style to the bed…

“he started sucking my nipple and i began to moan and moan till the sweetness took over my whole body..

“he removed my bra completely and i was left with my breast pointing and smiling at him”i saw the look at obinna’s eyes, he was so happy and was in the mood as well.

“he suck my nipple slowly and i moan harder and harder, he removed my pant and put his mouth in my pu*sy and he began to use his tongue to suck it.

“i never knew this thing is sweeter till obinna started doing it and i was unable to feel my body.

“he was breathing faster and he just nodded, he deeper the sucking and i keep moaning.

“obinna removed his boxers and directed me to put my mouth in his d*ck which i did and began sucking it, he started moaning and use his hands to deeper my head to go faster which i did.

“he lied down and it was my turn to suck his nipple, obinna was moaning like a lion looking for food.

stopped the sucking and i lay down, he put one of his finger to locate my clitoris and he started using his hands to massage it and it was damn sweet and i really enjoy the sweetness.

“he put one of his finger in my vaginal and the sweetness disappear and i felt the pain at once, i stood up at once…

“obim is painful i whisper.

“i will be gentle he said and i lie down back.

“he was going slow and the pain was becoming more painful.

“obim faster i said to him and he nodded and started going fast as he can” the pain disappear little by little and i started enjoying the sweetness with my louder moan..

“he was going deeper and deeper and up and down, he was moaning as well and i was doing the same..

“obinna release his seed on me

“he stood up and carried me to the bathroom”

“he bath me and i started feeling the pains again

“mine he called and i turned my face to the other side.

“did obinna the future king just kneel for a commoner like me.

“i manage to stand up and kiss him”

“i forgive you obim” and i am happy that my pride was taking away by the one i love..

“” he stood up and carried me with a bridal style back to the room.

“there were light surrounding the offor”

“obinna quickly dropped me and my eyes were widen.

“obinna was smiling while i was as well

“my Queen he said” even the gods knows you are mine.

“will you take the honour of saying yes and take the offor the gods have bless you with he said and kneel..

will take this honour my king i replied and raise my hands to were the offor was by the help of obinna because he carried me for my hands to get there.

“i raise my hands and the offor disappear from the position

“obinna and i started running round the room with joy

“is the gods playing with us i shouted

“After how many mins of running to catch the offor, it finally appear in my hands and obinna drop me down and bow..

“obinna hold the offor and put my hands up top of his and started doing some incantation.

“The gods of our land I am grateful that you choose the woman i love the day i took her virginity.

“he signal me to knell and i did and a light appear in our front.

“did obinna call his father”

“i look at the light and the shadow looks like igwe

“obinna who is she the igwe shadow asked

“does that mean the king does not recognize me again i wonder.

“or has the king turned to gods, i guess when you die you become the gods as well.

“obinna walk to his closet and brought out a ring

“Gods of our land,

“Her Name is Ugo Ike and

“She is Mine and the chosen one

“As he just said that the ring disappear from his hands and appear in my finger.

” i woke up with a very dangerous headache, prince chuks and his brother fucked me till this morning..

“i tap them immediately i woke up.

“were is my offor? i asked…

now that i have fulfill your request by giving you my whole body, show me were it is now i commanded and they quickly stood up.

“princess, it is an honour to do business with you chuks said and peck me on my cheeks…

“i follow them to his closet where they claim they hid the offor..

“finally i am going to become obinna Queen i said to myself with a smile showing all over my face and soul….

“he opened it and the offor was not there.

“chuks and ike was surprised and scared

“You two should tell me this is a joke i shouted.

“where is my offor i shouted again with tears.

“I personally kept this offor here ugo, i checked it before i slept chuks said..

“then find it, you two Prince slept with me till my whole pu*sy became red..

“i didn’t sleep because you promise me the offor is safe,

“were is it bastard i shouted with tears…

“i ran to the room to put on my clothes when the door was opened.

doest that means this two fools didn’t lock the door i said and wanted to run to the bathroom to hide when i couldn’t meet up because she entered at once.

“princess ugo, what are you doing in my son room naked the queen said and princess ugo was speechless…

“mother we can explain prince ike ad chuks said to their mother in a calm voice..

“Explain what exactly? that you two slept with the woman be throne to your brother she shouted at them and they quickly shifted from the queen because they know when she is angry she is unstoppable..

“princess i trusted you. how can you do this abomination act in my palace she said and slap her…

Lolo i can explain princess ugo said and kneel with her naked body..

“get out of my palace this minute and as the queen of this land, i don’t want to see you near my sons .

“princess ugo stood up and dress up before speaking

“your majesty, whatever i did, i did it for the love i have for obinna.

“No woman can love him more than i do she said..

“does that love implied to sleep with his brothers, I am disapointed in you princess, now get out of my palace before i throw you out myself the queen shouted and this time her voice were louder than before..

“its not over your Majesty, if i can’t have obinna i will destroy everyone in this kingdom, and that is a promise from me to you princess ugo shouted

“i will be back your majesty,i will not watch any woman to take my place as the queen..she said and left with tears..

“mother we can explain chuks and ike pleaded.

“keep your explanations to yourself, you two are hereby locked in this room till further notice

“you two will be treated as a servant you bastard, she said and walked away and she also instructed the guard to lock the room and she collected the keys and departed to her room

“After the offor was found and obinna engage me, the drum of the offor has been found was blow and the queen and granny queen mother bless us.

i decided to go to my family house because i know by now the news of my engagement to obinna is everywhere.

“come on i grown up in this village, nothing will happen to me, i replied him

“i want to be on the safer side, i would have gone with you but i have a meeting with the chiefs and the chief priest, so go with the guard and the car he said and kiss me before i left.

“chineke who did this i cried out..

“your majesty emeka mother called me and bow,

“mama were is everybody’s, were is papa were is granny and my sibling

“ugo some men came over and took them, she replied.

“your Majesty emeka said, the people that took them drop this letter for you he said and my guard collected it to read it for me

“Ugo the poor maiden, if you want to see your sick grand mother and your father and little sister, you know what to do.

” break the engagement with obinna by swearing with the offor that you will not agree to be his queen, once you do that, your poor family will be brought to you without any harm….

“Don’t forget eyes are everywhere watching you, if what we asked for is not fulfil before midnight,

“And that is not the end, the head of your two sisters whom you loved and your dearest friend emeka who is standing in front of you will also be deliver to you

“Dearest ugo, the question is, is the throne worth it or is obinna worth it