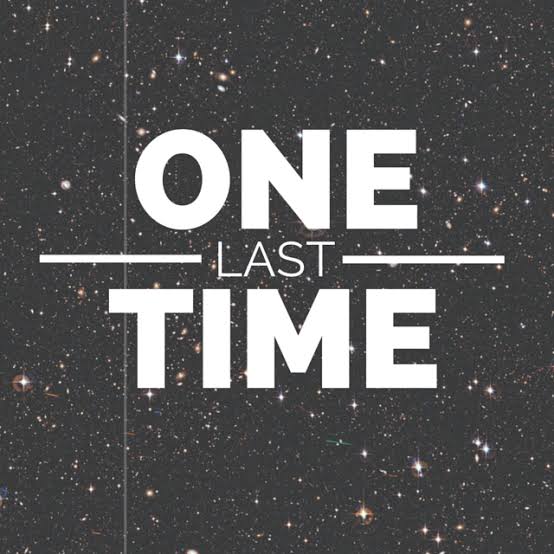 Have you ever promised never to do something again but just find yourself going back to that exact thing you swore never to do again? Have you been addicted to someone or something so bad that you can’t help but always go back to it even after promising never to associate yourself with that person or thing again? Well, brace yourself my people because this tale is going to be one of a kind.

Stacy was a lady who respected God and truly wanted to serve him with all her heart, but just couldn’t do so effectively because she was addicted to the pleasures of love making. No matter how much she tried to keep her body holy, she just couldn’t do so because the constant urge she felt for a man’s touch was more than her will power to live a holy life.

Worst of it all was that, Stacy had never been fortunate in all her relationships. She usually ended up with bad spoilt guys who had little or no regard for God. This made it entirely difficult for her to live a consecrated life.

Love making was like the air she breathes, the food she ate and the water she drank. Stacy’s urge for pleasure became so intense that a certain guy she dated had to run as far as his legs could carry him out of the relationship.

Whenever Stacy made love to any man, she usually cried bitterly and asked God for forgiveness afterwards. During those down moments, she would promise God never to do it again but after a little while, she finds herself back on top of a man’s bed. “One more time Lord, I promise” she always said but never truly changed.

all the numerous relationships Stacy had been in, one thing was certain and it was the fact that those men saw her like an easy way out to quench their pleasure urges. Non of them ever respected her, neither did they care about any of her emotional needs asides love making. Stacy was empty, void and an addict of pleasure.

Despite all this, she still loved God and truly wanted to be a better person for him but it was sad that she couldn’t control herself, neither could she control the burning desire of pleasure ravaging her soul.

After many break ups and little heartbreaks, Stacy finally ended up with a handsome but controlling and dominant guy called Randy. When she first met him at a business meeting with her client, she loved everything about him and thought he was going to be different from the other guys she had tangled herself with in the past. Well, turns out Randy was a bit different because he was quite successful and well to do, but we all know that isn’t Stacy’s definition of ‘Different’.

Too bad for the beautiful young lady because Randy wasn’t nowhere near the man that can say ‘No’ to a woman’s advances. Matter of fact, he was a dominant when it came to love making and he always wanted to explore and devour whoever he’s involved it. Poor Stacy!

They started dating a week after they met and made love on that same day. Stacy didn’t want to give him her body too soon but how could she had withstood the hot temptation standing just right in front of her. Randy went on an on that night and didn’t want to stop at all. He was a burning fire just like her but the only difference between both of them was that Stacy still had a conscience for God, but Randy wasn’t bothered at all.

relationship was a bit dry because it seems that love making was the only thing they did whenever they were together. They never had any genuine conversation, neither did they have any true connection and affection for each other.

Deep down in Stacy’s heart, she knew that wasn’t the life she wanted, she knew there was something better out there, she hated herself all the time and always walked around with guilty conscience. “How long would this continue? I’m so tired of living like this. God I’m so sorry but I just can’t help myself. Why did you create this desire of pleasure if you knew giving into it would be a sin? Forgive me and I promise never to give my body to Randy again, in short I’m calling off the relationship after this prayer” She silently said one evening while driving home from work.

Just as she was done talking to God, her phone rang and it was Randy calling. Stacy’s heart dropped and her palms started sweating because she obviously knew where that call was going to land her.

At first she didn’t want to pick up, but finally did when he called the second time. “Hi Hun” she greeted, “Hey babe, are you done from work?” he out-rightly enquired, “Yes, I am” Stacy replied. “I want you on my bed now! Drive down to my house, you are sleeping over tonight” Randy commanded and Stacy’s heart skipped severally beats.

At that moment, she wanted to decline his command and keep to her promise to God but just couldn’t. It’s sad indeed that her will power wasn’t strong enough to shut her urge down. After a little silence, she managed to say “I’m coming” and ended the call.

On her way to Randy’s house, she said “Please Lord, one last time I promise”. I bet she felt God was a joke but who could blame a pleasure addict like Stacy. She was lost indeed and it would only take a strong willed man to find her.

Everything went on as usual in Stacy’s life until a great encounter happened one fateful day. On that day, she stepped out to support her friend who was a fashion designer. Her friend was having a runway fashion show so Stacy needed to be there at all cost.

Halfway into the journey, her car broke down on the high way. Stacy got out from the car to see what the problem could be. As she stood there like a damsel in distress, a car drove pass her and suddenly started reversing backward towards where she parked.

As she saw the car coming, she sighed in relief because she knew help had come. Waiting to see who it was, a dark handsome man came down from the sophisticated car and her heart raced. ‘What’s wrong with it?” the stranger asked, “Uhmm, I don’t really know, it just broke down and I’m really in a hurry to get to where I’m going to” she politely replied.

The handsome stranger looked at her, smiled and said “If you are in a hurry, why not get into my car let me drop you off then I can call my mechanic afterwards to help fix the car”. That sounded like a totally great idea so she accepted his offer. “Thank you so much” she said and entered inside the car.

Immediately she got inside, the first thing she noticed was the peaceful gospel music that was playing. Her body suddenly grew cold as she listened to the uplifting lyrics of the song. There was just this peaceful presence in his car that Stacy couldn’t explain. She had never felt that kind of peace in a very long time.

Before she could fully get lost in the presence, the handsome guy interrupted. “Please can I know your name?” he asked, “Stacy” she replied. He turned towards her direction and said, ‘that’s a nice name you’ve got” and she thanked him for the nice compliment.

“Can I know your name too” she asked and he said “My name is Noble!”