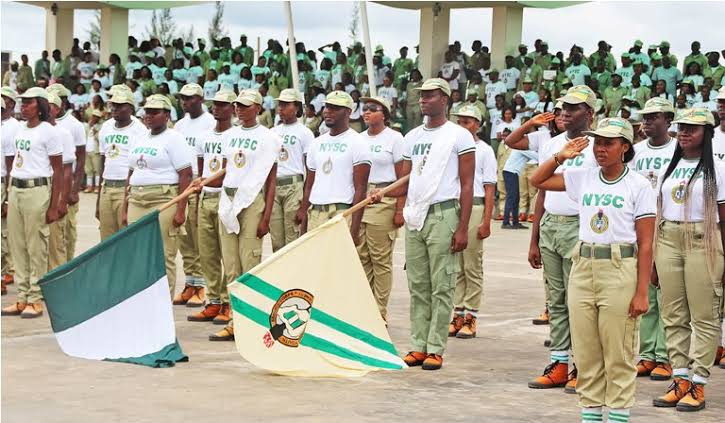 I continued my klzzes and licks on her thighs,
then proceeded to gently rubbing one of her
breas:ts. She dropped her phone and started
adjusting a little, moving down in a flat
position, knees up, both feet on the bed. I
adjusted too. I was between her thighs.

By now her towel was loose, boo:bs were out and
bouncing but her puss:y was still covered. I
rubbed her as$ and continued with my klzz and
licks: here and there. A notorious B.I.G’s rhyme
from his freestyle back in ’93 hit me: “I wanna
klzz your l!ps, the one between your hips”. My
s£ntiments exactly. Motivated by my favorite
rapper’s rhyme, I took a bold step to reach the
main target (the l!ps between the hips).

I somehow klzzed my way to the region, by now
she was quiet and calm but as I was almost
klzzing her cli:t, she tightened my head in between
her thighs, stopped my mission, the grip wasn’t
strong so I just added a little pressure and I was
there! D–n! Thick l!ps: black outside, red
inside.

The blacker the Berry, the sweeter the juice
right? .
I looked up at her and our eyes locked. Judgment
day. I looked at her as if to say “finally, I Don
reach” and she was looking back at me as if to
say “w€tin special wey u fit do sef”. And that’s
where she was wrong cuz I can overdo it, and
that was exactly my plan.

klzzed the cli:t just once (this is my procedure),
her muscles tightened.

I laughed inside, she was extra s£nsitive to this,
maybe that was why she was trying to make me
stop, I wondered if she was thinking that I would
mess this up like most guys out there… or maybe
she just doesn’t know how to absorb the extacy
that comes with the art.

Either way, this would be one hell of a “s£×vice”.
I klzzed her cli:ts a few more times and each time,
her muscles responded.

I paused, stretched my hand, grabbed her phone
and switched off her phone cuz one call could
change this game. Talking about changes, I
needed some changes in my life, but not now
though.

I licked her cli:t with the tip of my tongue,
down-up a few times and then I gulped both of
her Kitty-Cat-l!ps in my mouth. Sandra had very
thick l!ps. I started licking and s√¢king both l!ps
in my mouth and was also licking her cli:t too.
I didn’t have to follow any technique for this,
somehow I think I lost all my techniques. I had
one goal though: to be the best she ever had (so
help me God). She was twisting her hips while I
was doing it. I kept going: the licking and
s√¢king went from gentle to rough.

After a few minutes, she was mumbling a few
sweet sounds and then I heard her m0@n:
“Corrrrrrrrper”.

That was it! Any girl who doesn’t respond to a
good tongue-game is probably brain-dead.
I had this feeling that I could cure brain diseases
in females with this art. Hey, we all nurse some
crazy thoughts at certain points in our lives. I
stopped, let her puss:y out of my mouth.

She was extra w€t and it looked nasty. I stood
up, went across my room and brought out a piece
of new white handkerchief from my bag.
I came back to her, my dic:k was as £r£¢t as a
soldier on parade but I didn’t care. Afterall, This
was more than a parade, this was war.
I used the handerchief and tapped it on her
puss:y to dry out the nasty fluids.

I usually don’t make it nasty but like I said, no
techniques and no rules for now. By now sandra’s
towel was fully removed due to the twist and
turns caused by the licks and s√¢ks but she didn’t
care anymore.

didn’t care. But then again, who would care
when this much fun was involved?. Her knees were
up and I was between her thighs, ready to explore
more.

I rubbed her cl!ts very gently, while squeezing
one of her br£@st:s. Then I stopped rubbing her
cli:t and gently started inserting my middle f!ng£r
in her puss:y, as soon as my whole f!ng£r was in, I
twisted it in a 360 degrees motion. I did for a
few minutes then I started grinding the center of
gravity.

The center of gravity is usually rough like you
are rubbing the back of a yam peel. Lol. I was
making the ‘come here’ sign with my palm facing
up (Take note guys; that’s a hot technique that
works magic).

Sandra was in estacy. I could tell by her twists,
how she folded l!ps and the sweet sounds she was
making. But it was far from over, I needed more
acknowledgement from her. They say “go h@rd or
go home”… you know the deal.

While I was manipulation her, I placed my tongue
on her cl!ts and started licking, flicking and
s√¢king. That was when the game changed.
Sandra completely lost it… she locked my head
between her thighs, twisting, moving up and down
and m0@ning, while saying:

D–n! Thou shall not kill!. I hate to break the
ten commandments. Forgive me lord for I have
sinned.

Sandra became almost  violent, trying to break my
neck with her thighs but I was still doing my art
smoothly.

I was built for this. After a few minutes I
stopped. Omoh this girl Don scatter my bedsheet
finish, my bed kon be like where two tigers fight.
Fight or play, I didn’t care. change of plan..