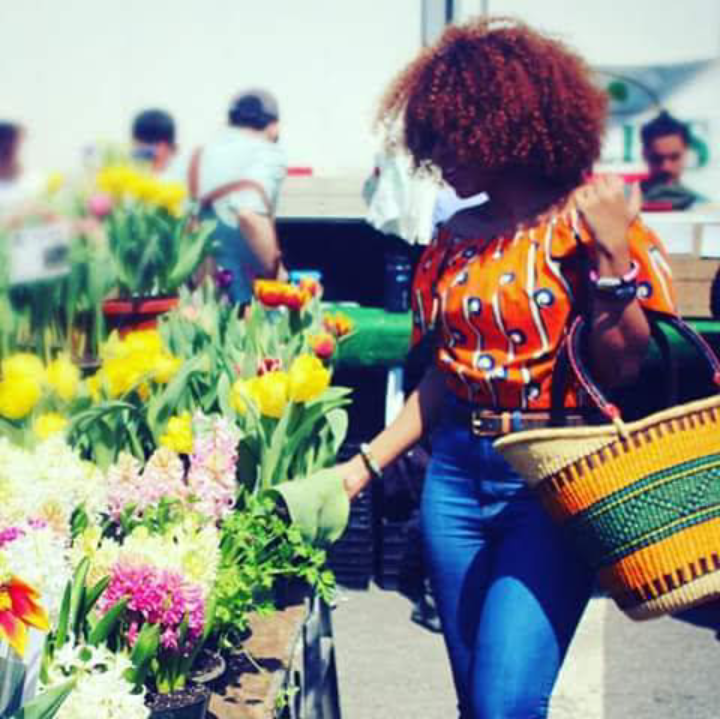 MY COLORLESS RAINBOW.
Episode 3.
By Amah

The reason I’m excited at my up coming birthday is not because I’m turning a year older.
It was mainly because Richard was going to ask me to finally marry him.
I have looked forward to such news and time and finally I can’t hold back my joy because it is finally coming to past.

I have being in and out of relationships in the past until I met Richard and fell in love with him.
He lights up my world and brings smile to my face.
What more can I ask, with Richard by my side I feel like a conqueror.

At first I thought he was not serious, I thought he has no serious plans for our relationship, I was scared deep down whenever I thought of that but not again.

He has proven to be everything in one.

My parents doesn’t talks to me about getting married like before.
Everyone is looking forward to seeing the engagement ring and the hope that my wedding is around the corner.

Melinda, my younger sister called me to congratulate me ahead of time.

“Finally, after the long wait you are going to be engaged and then marriage follows. Becca, I’m happy for you. I was already getting worried about you finding the right life partner. Unlike me, I don’t find it hard to get exactly who I want. Presently I’m with this handsome, well to do guy. His name is Cole. His father is a business mogul. If you see him, he is so fresh, his skin is like glass. We met at an event that my friend invited me to and ever since then we started dating. I can’t wait to round up with my studies here so that I can come home and introduce him to Mom and Dad. They will love him. Any way happy 28th birthday in advance and congratulations that Richard is finally proposing to you.

may sound good to her own ears but to me she was adding insult to the whole “congratulation”.

Since she is trying to be a Savage, I was good at it.
I decided to laugh it off and fired back with my own spiced up reply.

“Thanks Melinda, I wish you are here to witness it all but is okay. I will send pictures to you and you should also tell your pretty boyfriend, who’s skin glows like glass and can be easily broken… make him to start thinking in the right direction. You are just two years younger than me, so you are old enough to start a home too. Do you remember my friend Rina? She is married now. You are a year older than her. Time is ticking for both of us, not just for me…. I’m about to get engaged so you are next in line Melinda. Anyway, be good sis, take good care of yourself as always.

She replied but not with the same bright tone she was using earlier on me.

I smile within me as the call ended.

That night I try to reach Richard on phone but his line was busy and whoever he was talking with must be very important because I got tired of trying to reach him and decided to wait for him to call me.

I noticed for some days, his line has become so busy that I hardly reach him.

After staying awake and waiting for over an hour and he didn’t call I decided to called him back.

He was no more on the phone, he picked on the second ring, he was sounding as if he was already sleeping.

I was mad at him that he finished talking with whoever he was on phone with and did not call me, instead he slept off
Richard started apologising for not calling.
He said he was on phone with one of the office managers, who was explaining some important office things to him.

was tired after the call and slepte off, forgetting to call.

We talked that night until he complained that he really needs to go to bed.

He told me goodnight and as usual that he loves me.

I replied that I loved him more.

I can stay awake all night talking with him.
Talking about our future, how many children we will have and so many other things.

I enjoyed talking about the future with him even though sometimes he sound like the conversation was boring him but I enjoy it anyway.

Few days later, I stopped by at JoJo’s place to pass out time.
She raised the trending topic about me and Richard.

“Becca, you are really happy about this your birthday and the supposed surprise engagement from Richie. Why do you seem so sure that he will propose to you? If he wants to surprised you with a ring you don’t supposed to know anything about it until the main day comes but since you are already aware of it all… that means is no more a surprise engagement plus your birthday party. But did Richie mention to you that he was going to engage you on your birthday?

I laughed off her questions before replying her.

“His attitude says it all JoJo. He doesn’t need to tell me before I know what he is planning. Richard is my man and I know him in and out. Even though I’m aware he will propose but let’s all pretend that we don’t know so that we won’t spoil the surprise.

JoJo agreed to the idea before saying.

“But Richie is quiet cute, and he knows how to make a woman feel loved. Just a look in his eyes alone and a lady will melt inside. I don’t really like when a man is a sweet talker but Richie does it in a very romantic way unlike some other men that will irritates me with their mere words. Well, I’m happy for you babe… Richie is a perfect gentle man for me.

I felt very happy as I listened to JoJo praise Richard. She even gave him a pet name “Richie” which was very cool.
I feel flattered as she demonstrate with her body and hands, explaining how sweet Richard is.

Because of her lovely actions alone I may even make her my Chief bridesmaids on my wedding day with Richard.

She loves and understands my man just like me.
Because of that she may get to be my right hand Lady on my wedding day.

Finally, the day came. My birthday arrived just like I looked forward to.

I have already booked down an event hall for that.
I woke up early and took my time to get dressed.

My friends were calling to wish me a happy birthday and also wanted to know where the big event is taking place.
Since I have already told almost all my friends that is birthday plus proposal from Richard.

I have already started getting alot of congratulations

Me and Ella and also Anita talked about the engagement.

They cheer as we talked about the ring and few other things.

Richard has the money for an expensive ring but anyone he chose to purchase is okay for me.

All that matters is that I will be spending the rest of my beautiful life with him.

I specifically purchased a beautiful dress with shoe and a hand bag.

My hair was properly made and I was ready to go and party.
It was my party.

I have been getting calls from different friends wishing me well except from Richard.

I didn’t really bother much because he probably wanted to feel like he forgot my birthday so that he will show up at the event surprising me with the ring.

My parents even prayed and wish me the very best as I left that morning to the event place.

Everything was set, decorated with red roses just for picture purposes.

My friends were arriving and within a short period of time almost all my friends were present.
JoJo called that she was driving down to visit her Mom who begged her to come down.
She apologized for not being able to make it down to my party.
I understand and asked her not to worry we can always celebrate together at her place when she returns.

The birthday party began in style, the DJ was hitting up the place with lively music making everyone to be on their feet.

There was enough to eat and drink for everyone.

As the party was going on I couldn’t concentrate.
My eyes was looking at the door way and outside every second for Richard.

was time to cut my cake, I asked them to wait untill Richard arrives.

I try calling him but his phone was switched off.

I began to wonder if it was part of the surprise.

Time was going and yet no sign of Richard.
I finally bow to pressure to cut the cake.

And when I was about to do that he drove in.

I became lively and happy again on seeing him.
And JoJo who said she was visiting her Mom also drives in immediately after Richard.

She whispered to my ear that she needed to hurry up with what she was doing Just to come down because she couldn’t miss my birthday for anything.

I was the happiest person alive on seeing both Richard and JoJo almost at same time.

Pictures were taking as they gathered around me and I cut my cake.

Richard apologized for coming in late and said his Dad sent him on an important errand since morning, he forgot his phone at home and has to stop by to see me.

He said he can’t stay to the end of the party because he needed to run back to his father before he gets so worried.

He promised to make it up to me another day.

I was waiting and thinking is all a joke but her started leaving.

“Why today that is my big day, what of the surprise proposal? The ring? What I’m I suppose to tell my friends, my parents and co workers who are already aware of the engagement?

I asked Richard as I followed him outside.

“Becca, we will talk about that. I need to run baby. I will make it up to you my love. Go back and party on… I didn’t want you to feel bad or feel disappointed today that was why I risked it and drove down…

And with that he blew me a kiss, got into his car and drove off.

I felt like crying but my dear friend JoJo, who followed me outside asked me to brighten up because is my day.

She said if I don’t get the ring today maybe he has another special plans for me.
She asked me not to rush him because Richie is a sweet man and doesn’t need rushing.

I felt disappointed but I still brightened up Just like JoJo suggested.

I told my friends that cares to know that something came up for Richard and he needed to Leave which means we will postponed the engagement party and Just enjoy the birthday.

And that was all we did.

As JoJo went to drop me home that night, I began to worry again.

As she kept on singing “Richie” like a song to my ears I was busy thinking of my parents and what to tell them.
They are looking forward to seeing me with an engagement ring and pictures of when Richard will be on his knee asking me marry him.

They are looking forward to many things that never  took place.

I only had my birthday party, spent so much money for It with the hope that their will be a proposal and now I’m deeply worried on what to tell my parents tonight.