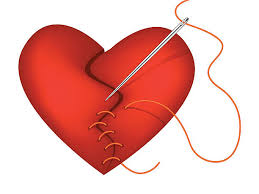 “What’s the meaning of what you just did?” Gray yelled

“You said you were allergic to garlic and we didn’t know if garlic was in the food so I decided to help you taste it and know if the garlic is there or not and I confirmed that it wasn’t there so what is wrong with what I did? I only helped you” Noel explained

“Is this how to help someone?” He yelled again and Maureen rushed out

“What have you done?” She asked Noel

“How did you help him check?” Maureen asked

“I am really sorry sir. Accept our sincere apologies. Let me give you a new set to eat” Maureen pleaded

“I’ve lost my appetite” He stood up

“I’ll let it slide for today but next time such nons£nse occurs again,I will stop eating here for good” He dropped the money for the one Noel wasted and left with his @ssistant

“Must you always cause trouble?”

“I was only trying to help him. You know I’m new in this. I have been working in companies and haven’t worked as a waitress before. It’s just a week here” She complained

“So tell me,in the company you worked,if your boss ask you whether his or her water was cold or warm,you would drink it first?”

“Seriously? You are something else. Thank your lucky stars Mr Osborn was not around to witness it. Thank your God he also dropped the money for the food so we will be able to cover up. Else,you would have been fired”

“So he paid?” Noel asked

She took the food

“Noel,what are you going to do with that food?”

“What is supposed to be done to it. I’m going to eat it or so you want it to waste?”

“Maureen,allow me to enjoy myself. Opportunity comes but once”She carried the food away

Maureen shook her head. She wondered the kind of planet Noel came from

After they had left the restaurant,Gray couldn’t help but think of what happened earlier.

How could a waitress be so dumb. She was cute too but is he supposed to be bothered about that? She is just childish and he wondered why she got the job in the first place. He swore he would have fired her long ago if she worked for him

They got to the company and he stepped down from the car. He met his best friend who was also his manager waiting for him at the door.

You could guess why his bestie became his manager. Well not everyone can put up with an arrogant boss except someone that knows him in and out. Most of his managers were sacked with the excuse of not doing their work right while some resigned because they couldn’t stay around him.

Do you think he cared? Nope he doesn’t give a damn

“Hey. You are back early. I was thinking we could go have lunch together but you left with out me. Why are you back early?” Austin asked

“I just got annoyed by a dumb waitress” Gray snapped

“What happened?” Austin asked worriedly “Did she behave like other girls?”

“No. I ordered for food and asked if there was garlic in the sauce. Do you know what she did?”

“She dipped her hand in the sauce and licked it”

“She didn’t stop there. She took my meat and bit from it. Can you imagine?” Gray said

“It’s not funny” He frowned

“It kinda is. She is funny”

“So you refused to eat”

“I was too annoyed to eat”

“Let’s go back cause I’m starving too”

“There’s no way I’m going back there”

“Come on Gray. She won’t try it again” Austin said

“I’m sure” Austin @ssured him

Gray hesitated a little before turning back. He and Austin entered the car and they left. He didn’t allow his @ssistant come with him this time.

Teresa entered the office and met the receptionist

“Hi Teresa” Reina looked up “You look like someone who just got beaten up. Why is your face like that?”

“Our boss is really giving me a [email protected] time. The aura around him is too cold and unfriendly. Making him unapproachable”

“We all are used to that Teresa. You just have to get to know him. You even lasted in his office unlike some that got fired days or weeks after they were employed. One was even fired the same day she got the job” Reina said

“Are you serious?” Teresa was shocked

“Yes. So try and do things to make him happy. Don’t argue with him. He hates that. He also gets annoyed easily”

“If not that I love him,I would have quit by now”

Noel had finished eating the food when Mr Osborn entered

“Is Mr Gray here yet?” He asked

“He came but went back. Said he would be coming later” Noel lied

Maureen tried to talk but Noel stopped her

“Okay. I’m going out and will be back in few minutes. Make sure you attend to him well if he comes before me”

“Why did you lie?” Maureen asked

“To keep my job of course” She left

Soon,Mr Gray entered with Austin. Noel saw them and welcomed them

Did I say welcome?

“Hi it’s you again. You are here with someone this time around. Come over to the table and I’ll have your order” She smiled brightly

“Is she the one?” Austin asked

They sat down and she took their order. After placing the food on their desk,she turned to face Gray

“I made sure there was no garlic in this one. Taste it”

Gray eyes widened while Austin opened his mouth in shock

What guts!!!! She just fed him a spoonful of rice

“You see Mr Gray? There is no garlic. Enjoy your meal” She smiled

Gray tried to talk but it turned to a mumble instead

“No sir. It’s a bad habit to talk when food is in your mouth” She said shaking her head in a disapproving manner

Gray couldn’t pour the food back. He chewed and swallowed it then took some water

“Seriously?” He glared at Noel

“That’s not what I’m talking about. Did I tell you I couldn’t eat on my own?” He snapped

“Bring your voice down sir. We have neighbors” Noel said

“I give up. I can’t put up with this lady” He said and faced his food

Austin couldn’t stop his laughter. This lady was something else. He wondered where Mr Osborn took her from

“Okay” She smiled and left

“You are going to get fired soon” Maureen said

She had seen all that happened

“I didn’t do anything. I only fed him the food so that he will know there’s no garlic” She explained

“You are something else Noel. A clown is what you are” Maureen laughed

Noel took the food and catwalked past Gray who didn’t pay attention to her with eyes on his food.

“Ma’am? Who you calling ma’am?” The lady asked

“You of course” Noel answered

“Do I look like an old woman to you?” The lady snapped

Noel looked at her from head to toes

She observed that the lady was not too young. Her body was covered with black spots and her face was a little wrinkled. She discovered the lady must have used a cream that is bad for her skin

“How dare I? I don’t understand. You asked me a question and I gave you a sincere answer”

“You must be ¢razy. You are a fool. Look at how ugly you are” The lady snapped and Noel laughed

“Why are you laughing?” The lady asked

“You said I’m ugly when you’ve not checked yourself out in the mirror. Have you seen how you look?”

“Is that an insult?”

“No it’s the truth. The earlier you stopped the stupid cream you’re using the better for you cause your face is wrinkled. It’s squeezed. And look at the black dots on your skin like Minnie’s bow. In short,you are finished. The cream has finished you” Noel said

What an [email protected]!!!! And in the pres£nce of Mr Gray

Austin almost choked on his food as a result of laughter

He was at the door and witnessed all that happened

“Did you just insult this young lady?”

“Young lady? Sir,this lady is old. Can you imagine her calling me ugly when she hasn’t checked the mirror” Noel frowned

“You should have kept quiet. You shouldn’t have retaliated”

“I can’t let her go scot free when she insulted me. Just look at her and that slim body she’s carrying like crayfish. Do I look like a fool to her? Or is it because I’m a waitress and she earned more than me?” Noel snapped

“You’re a psychopath” The lady snapped

“What! That’s so not fair. You can’t fire me cause I quit” She dropped the towels on her hand,took her bag and left

Gray stood up,glared at the manager and left with Austin too

Scarlet was already back from work. She came back early cause she had to take care of some things. She was on the couch watching a Korean drama series when the door opened and Noel walked in. She turned and saw Noel fuming

“Is there food in the house? I just quit my job”