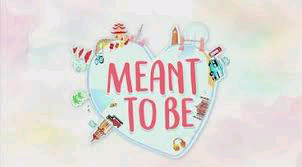 “Take me home.” Ayo said, her voice all calm and collected after several minutes of Kore’s continuous plea.

“There is nothing to settle, it’s fine. Let’s just go home.”

“Korede, take me home or should I walk?”

“Okay.” Kore said and they both stood up and head towards his car. The drive home was definitely one of the most tensed drive they’ve both experienced . As soon as he got to the front of her house, she picked up her purse and made to exit the car but Kore held her hand and said,

“Ayo, I know you. What happened can’t just be okay by you like that. plea-se talk to me. Tell me what to do. I will do anything. I love you.”

“Kore, plea-se I am tired. I said it’s okay. We will see later. Good night.” She said pu-lling her hand away and exiting the car.

He just sat there, not bothering to follow her. Even when he saw the resemblance and things, he did in common with Itunu, he never imagined for once that Itunu was his son.

“Iyawo. How was your outing with your husband?”

“Mama, it was fine

. I am tired. Can I go and sleep plea-se? Or you need me to do something for you?”

“I am fine o. I’m okay here. Why are you looking this down? Hope you are coming down with fever or are you pregnant?”

“Okay. Take your bath before sleeping you will feel better.”

“Thank you, Mama. O daaro ma.” Ayo said kneeling down and then she stood up and moved to her room. She got out of her clothes, took her bath and spent almost an hour in the bathroom just thinking about nothing and everything.

It still felt like a dream. Her sweet sweet Kore. A r*pist? She got out of the bathroom, put on her pajamas and went to lie in be-d still thinking. She didn’t sleep until first blush and so she sle-pt in.

The next thing she woke up to was someone knocking the front door. She could hear because her room was close to the entrance. She picked her phone up to check the time and saw 32 missed calls from Kore! She must have accidentally put her phone in vibr@tion mode, she thought then stood up immediately knowing he was the one. Luck was on her side as Mama was just going to open the door. She blocked her and whispered,

“Mama, if that is Kore, I don’t want to see him. I will explain later. plea-se. I have my reasons. Don’t let him come in.”

“Just do this for me. I will explain when he leaves.”

“Okay.” Mama said and she went back to her room while Mama went to open the door. Sure enough, it was Kore.

“I woke up really fine. You want to see Ayo abi? Hmm, she has gone to her father’s town o. She didn’t tell you?”

“No ma. I have been calling her and she refused to take my calls that’s why I decided to come check her.”

“Okay. She went not quite long but she should be back by evening sha. She just said she wants to see her father and she left.”

“Okay ma. Ese gan ma. I will come back in the evening then.”

“Yes! That will be better. I am sure you will meet her at home.”

“Greetings to Kabiesi and Olori o.”

“Okay.” Mama said and locked the door then marched to Ayo’s room, someb©dy has some explaining to do!

“Ah-han, Adekorede mi. I was sha saying it wipe you are not at home.” Olori said as she saw Kore just sitting in his car in the compound.

His mother asked, picking up on his sour mood, “Is there any problem?”

He didn’t answer and looked like he was lost in thoughts, ‘What could be happening to this boy?’ Olori wondered and snapped his name, “Adekorede!”

Kore answered, his mind coming back to the pres£nt, “Ma! Sorry I spaced out there for a second.”

Olori said convinced, “There is something bothering you. I am your mother; you know you can tell me anything.”

“plea-se talk to me or should we go inside.”

“Okay, inside my car is better. Walls have ears.”

“Okay.” Olori said and went to the other side to get into the car. He winds up the gl@ss and let the AC continue running before saying,

“What happened to her? Is there a problem?”

“Mum, this is more than a problem. Remember you told me to ask her who her son’s father is.”

“Mum, Itunu is my son.” He said breaking down as tears ran down his eyes.

“Ah-ha! How can Itunu be your son? And what is the reason for your tears? Korede, talk to me. I am beginning to get frightened o.”

“I r*ped her. I r*ped her. She got pregnant and Itunu popped out. That is the ultimate story.”

. The year dad bec@m£ king and I c@m£ back from school with a couple of my friends that spent a week with us.”

“I know and I am sorry. I have begged her. Called her. She is not talking to me.”

“She can’t talk to you na. After the shock, that the person she wants to marry is the father of her child. Wait, I want to know something. How did you know she was the one? Because I @ssume it was dark and so your faces were hidden by the night.”

“When she started telling me the story of how she got pregnant, everything she said just began to cli-ck and I knew that I have fv¢ked up.”

“You have but this is not a thing to cry about na. Ibi ti a fe gbin Obi si, Obi ti lale wu nibe so you people just pick a d@t£ for the wedding lobatan.”

“Mum, don’t you un-derstand? She is not talking to me!”

“Give her time. Time heals it all. plea-se, I don’t want you to be so distraught about this. You are a man and so you should act like one.”

“Okay Mum.” Kore agreed and followed her into the house.

Meant To Be
By Olunfulola Adeola
Episode 31

“Oya o, Iya wa, ki lo sele gangan gangan? Why did I have to lie on your behalf?”
“Mama, he is Itunu’s father.”
“Of course, he is Itunu’s father. What does that have to do with you not seeing him?”
“Mama, I mean he is Itunu’s biological father. The one that r*ped me . That got me pregnant!”
Mama just sat there, eyes wi-de open, mouth agape for a few minutes before asking, “How? How did you find out?”

“I had to tell him how I c@m£ about Itunu and he painted the rest of the scenario for me.”
“Hmmm!” Mama sighed then said, “Oro yii bu’so so ni lenu, o tun bu’yo si.”
“So, what are you doing to do now?”
“The more I think about it, the more I can’t believe it, can’t accept it. For now, I just want out.”
“Want out? Where will you be living? How will you survive? You are giving up everything. Job, house and the comfort of a man.”
“I will be fine Mama.”
“This is serious.”
“Mama, don’t worry.”
“I can’t help it. You are supposed to marry this man

. That is what you told me.”
“I know Mama but I just need to take some time off, let me deal with this, with my feelings.”
“So, where will you be staying? What is your plan?”

“I will stay with a friend. I will get an ap@rtment and enroll Itunu in a new school then I will get a job.”
“You know it’s not going to be easy and you can just avoid all these.”
“I know Mama but he hurt me. He hurt me too much that every time I close my eyes all I see is him telling me he was the one.”
“Okay. No crying now. Just take a breath.”
“Thank you, Mama. Let me go and pack my things now. We need to leave before it gets too late.”
“Okay, let’s go in. Let me @ssist you.” Mama said and followed her to her room.
Δ Δ Δ Δ Δ Δ Δ Δ Δ Δ
Two hours later, Itunu and Ayo were alre-ady seated in the bus and enroute to Lagos.
“Mum? Why are we going back to Lagos so soon? And where is Uncle Kore?”
“He is on my head nao. Sebi, you can see him on my head? If you don’t shut your mouth and let me have peace of mind, you will see what I am going to do to you. Rubbish! Where is Uncle Kore?” Ayo replied, hissing and looking away.
About three hours later, they got to Kore’s house and Ayo knocked on the gate. Minutes later, the gate man, Dan, opened the gate and said,
“Ah, Aunty AY, wey Oga?”
“He is still at home.”
“I c@m£ to pack some of my stuffs.”
“Eh hen. You no go dey house now.

. I don miss your food na.”
“Go chop for Mama Nkechi shop na.” Ayo said and walked away with her one suitcase while he carried the other bag and suitcase after her.
After the gate man left, Ayo said to Itunu,
“Mister man, go to your wardrobe and re-move your clothes from the hangers, take out all your un-der wears, just make sure to dump all your clothes on the be-d and gather all your shoes on the floor.”
“Mum, what’s going on?” Itunu asked confused.
Ayo sighed then dragged him closer and hvgged him, “We are leaving.”
Itunu stepped back from her embr@ce in shock,
“Leaving? Why? What…?”
“Baby plea-se, just do as I say okay? I need you to cooperate now.”
“Okay Mum.” He said and he went to his room to carry out her instructions.
As soon as he left, Ayo took out her phone. She had blocked Kore’s number earlier so his calls or texts could not get throu-gh. She scrolled to Lara’s name and called her number. She picked up after four rings, her voice sleepy,
“Hello Babe, what’s up?”
“Were you sleeping?”
“Yes jare. What’s up? How’s the town treating you?”
“I’m in Lagos and I need your help.”
“Ah-han, did you leave town ni? What’s going on?”
“Lara, this is not the time for interrogation. Just answer these two questions for me. Can I and Itunu stay at your place for a week and can you come and drive us down to your place now?”
“Of course, you can stay at my place, what kind of question is that sef? But that driving, ah, me I am tired o.”
“Mama, gbe b©dy e and get here jo. I really need you now.”
“Okay, okay, it’s because you know I can’t say no to you abi. I’m sha coming.”
“Okay.” Ayo said and ended the call. That one is solved, she thought and started throwing out her clothes from the be-d.
Thirty minutes later, Lara arrived and Ayo went to let her in. They went back to her be-droom.
“Ah-han, where are you packing to?”
“Your place for now.”
“Did you guys fight? I thought you said his parents approved.”
“Lara, I’m going to tell you what is happening but plea-se let’s just get the hell out of here first.”
Lara sighed and said, “Okay o. What about Itunu?”
“He is also packing.”
“Let me go and help him then.” She said and left.
An hour later, their luggage was loaded into Lara’s car and they were on their way to her house.