Just be mine only for today episode 38

Folakemi November 26, 2021 Just be mine only for today 0 Comments 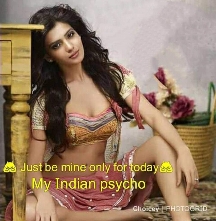 🙏Just be mine only for today🙏

💀A Clash between You and I💀

“So what do you want now! “I said trying to make my voice sound bold but my words ended up coming out in a whisper

“I wanna help you take revenge on my mum, please neka let me help you”She cried begging on my feet

My heart ache seeing her like that
As much as I wanted to raise her up and told her that it was okay, I couldn’t

Not that I hated diamond, I mean I once did, but her attitude has been really sweet these days and now I love her like my real sister

But there is no fucking way,a daughter will wanna help someone hurt her mum just because her mum is evil

I know diamond, and I know she loves her mum more than anything in the world
So why would she wanna help me now?

That is right, but that doesn’t mean I can trust her

“Please Neka,let me help you! “She pleaded and I quickly raised her up from her kneeling position

up diamond alright, please get up you can help me okay! “I said and she smiled then stood up

“Really? You will let me help you, despite the fact that I am your enemy daughter? “She asked pretty shocked while I nodded

“Awwwnnn thanks so much, I will do anything to get justice for the poor people mum hurt,thanks so much”She said and I gave a small smile
I find it very difficult to smile these days

“So what’s the plan? “She asked

“I will text you the plans later diamond, right now I need to rest and besides this house isn’t convinent to discuss such things” I said and she nodded

“Yeah y’a right, well I will be waiting for your text, thanks so much neka”She said then pecked my cheeks and walked out

I groan tiredly as I landed on the bed

How do I trust my enemy daughter?
Well I don’t to be honest

But for now, I trust no one!
Not even myself

I will end every single one of them
starting from Lucy and her daughter Becca
And if diamond is also part of their scheme, I won’t hesitate to end her too

Let lucy enjoy life in the prison a little bit more
I don’t know why, but I feel like letting her stay trapped in there a little longer until I act like a hero and go bail her out

I stared at the transfer documents in my hand and smirk

“What will I do to you now? ” I said looking at the documents

Wow! Lucy is really smart but I am smarter

I brought out another document and smiled

“Hey you! it’s not fair you lock me in here without a solid proof! “I yelled at the top of my voice but they just looked at me and pass by

Gawd!
What the fuck is going on??

Was it boss?
Maybe it was his way of teaching me a lesson

But I didn’t offend boss,so why would he want to teach me a lesson?

“Hey I need to speak with my lawyer!”I yelled at the cops

God sake woman,shut the hell up! “One of the female cops barked as I was taken back in shock

Does She know who I am?
How dare she talk to me like that

“Get out! You have been bailed! “He said as I scoff angrily

How dare they lock me up
I, Lucy Roman’s,
Am going to fucking deal with all of them Starting from this female cop

Don’t worry
I will find you and when I do, you will be so sorry

Immediately I stepped out of the prison, I was abducted and put inside a limo

I didn’t panick cause I knew it was mase doing

There he was,sitting and smoking pipe

“I don’t know who did it! “I replied softly not to anger him

“As much as I want to kill you right now Lucy, I know I still need you”He said and my heart skip a bit

“Am sorry boss! “I quickly apologize as he wave his hands in the air

“Today is a happy day for me, do you know why? “He asked and I shook my head

“Today, am going to finally kill emperor! ” He said smirking as my mouth drop in shock

“How… how do you intend doing that boss? “I asked and he growled making me shiver in fear

“Don’t question me Lucy, I want you to fix a date of marriage between ishaan and anneka”

“But boss, I thought you wanted Neka to yourself? “I asked and he smirk

“Like i said, don’t question me Lucy! “He warned and I quickly shut up

“Do as you are asked okay”

“Yes boss, so when do you want their wedding to hold? “I asked and he smiled

“Next week! “He said and I gasp

I didn’t question him neither did I oppose, I simply nodded and he smirk then handed me some bunch of cash

“That will cover up for the wedding! I want it big and splendid “He instructed and I nodded smirking

“Go! “He instructed and I quickly ran out of the limo

This will be so much fun!

I was beyond shocked and confused
How the fuck did she got bailed out?

“Mum! “I called out in shock

“Yes baby, are you okay now? “She asked and I nodded

“ohhh darling, you don’t know what have been through, can you imagine I got locked up ?”She asked and I gave a fake gasp

“What! What happened? “I asked pretending to be interested

“Ohhh just some useless accusations but am free now! “She said and I nodded

Gosh! Cops are so useless
I should have involved the military instead

“So my love, have you signed the documents? “She asked and I smiled and nodded

“Awwwnn congrats darling, you are now officially the owner of these properties! “She said hugging me tightly

“Gosh! am just so happy today, I mean good news everywhere, I got freed,you got the properties and soon you will be getting married! “She announced and I froze

“What! “I yelled and she frowned

“Ohhh darling, I see how much you love ishaan so I have decided that there is no time to waste any longer, you will be getting married to him next week! “She blurted out while I remained speechless

Her phone rang and she smiled and pecked my cheeks

“Think about it sweetie ” She said and walked out

I yelled angrily breaking the table beside me

Who the fuck does she think she it s huh?
This bitch has something going on her selves again

My phone rang and I quickly picked up

📲Go to emperor immediately! ” She yelled and I frown

📲Emperor is on his way to brain surgery in India,stop him before he gets into the car! they have set the car to explode once he gets in ” She yelled and I quickly hang up and took my car keys then ran out like someone been chashed

He had earpiece on and wasn’t even looking up

“Emperor!!!! “I yelled and somehow the scream got to him he turned swiftly to stare while about to open the car

The first question on my mind was

What happened to emperor???

It was bodies
Different body parts with blood flowing like water

I almost puked as I tried to control myself

I froze in shock staring as tears rolled down my eyes