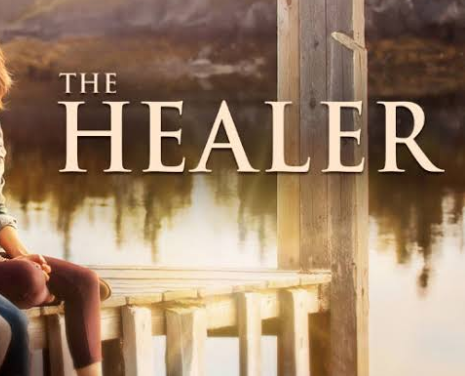 Alex turned to Aliyah. She was smiling at the both of them as they left through the exit.
With the way the young lady smiled he was certain she didn’t understand what was going on in her friend’s life at all.
“So, that’s her husband?”
He asked and she turned to him.
“Yes. Don’t they look so cute together.?”
“Indeed.”
He murmured with his eyes still at the exit through which they had left.
********

Kendra entered into the car in silence. Part of her wanted to explain herself to him and the other part just felt like keeping her mouth shut and take whatever she got in a few minutes time. She sighed and closed her eyes resting her head on the headrest. God, where are you? She said within her. Aliyah hadn’t understood what was going on. If she did she would have cover up for her. She didn’t blame the lady. She. was part of the people who had smiled at her when she p@ssed by and said she married the best anyone could wish for. How could she walk put of this marriage and hide her shame? She looked sideways at Connor and she didn’t even need the street lights to see that his face has h@rdened like a dried concrete as he drove by. She wasn’t driving home with the sweet man who had taken her out of the mall. Somehow it still shocked her how he could be really sweet one minute and scary the next minute. As they pulled into the mansion she wished that there had been a heavy traffic jam on the way to delay them a little. But the traffic jam will only wors£n his angry state because she would be the one receiving the doubled wrath of Connor. He walked of the car and went in before her.

dragged her feet into the house and followed him upstairs to their bedroom. He went into the bathroom and she stood there uncertain of what to do. Then she turned and pulled off her ear rings and necklaces. She placed them in the jewelry box. Time had p@ssed when she had loved the gifts he bought her. The expensive jewelries he brought home on every trip he went, telling her how he had thought of her when he saw the beautiful diamond or gold necklace or rings. At first when he had first hit her and came home the next day with the most beautiful necklace she had ever seen, she had smiled at him and klzzed him and thanked him for making her feel so special. But she knew better now. Now she would trade all these expensive stuff for happiness and peace and love. She just wanted to know how it felt to be loved by your husband. To go to bed one night with the knowledge that you were going to bed with your husband not a monster who could just wake up one morning and decide that your life was no longer of any importance and take your life that minute. She would appreciate the feeling of having her own children running around her and her husband klzzing her good night and giving her breakfast in bed. But all those were mere dreams and fantasies that would never come true. She turned away from her jewelry box and a h@rd pressure hit her h@rd to the floor. How Connor always surprised her with his fists.

Whip! Whip! The pain he inflicted on her from the head of his belt was beyond death itself. It was excruciating. He slashed her. arm with the head of his belt and she winced.
“What were you doing with him again? Not flirting right?”
She made to speak but his iron belt ran across her face again giving her a deep cut on her cheek. She tasted blood from her cheek down her l!ps.

She said but the pain could let her speak up. She shook again from the sharp pain the
at landed in her back. She knew this one would really cut her because she hadn’t healed at all at the point where the last whip landed. She winced as tears ran down her cheeks stinging the injury she had on her cheek.
“I…don’t know what he was doing there…I only went with Aliyah to shop.”

She managed to say and he saw red.
“You know how I hate lies! Liar! You b—h!”
He whipped her. She cried.
God please take my life,She prayed as she swallowed h@rd on the pressure of his belt on her back. She stood up and shouted at him to stop.
“I’m not lying!” She snapped. “Its the truth,Connor! I went with Aliyah. He only came with his sister.”
Connor looked at her as if in surprise that she would snap at him like that.
“Did you just shout at me?”
Oh my God, she thought and reared backwards. When he charged for her, she ran out of the room and down the stairs in a rush to elude him, then she sl!pped and tumbled over. Hopefully she hadn’t p@ssed out but he lifted her again and shook her in rage.

“How dare you raise your voice at me! Huh?! You b—h!”
He slapped her h@rd. “You have the guts to cheat on me and lie about it!”. She fell backwards and braved herself from falling as she held unto the railing if the stairs but she didn’t hold on tight and she sl!pped and fell again. Connor didn’t seem to have pity on her as she fell and fell, he still caused her down the stairs with his
belt, hoping to hit again when she got back on her feet. By the time,Kendra was back on her feet again she reeked of blood like she had just survived a fatal accident. Her face and arms and back were covered in blood. She cried and begged him to spare her. But Connor’s eyes were blood shut with rage. He raised his belt again and she dodged then fled the house. Kendra didn’t know where she was going but she hoped she found someone to help her before she fell into the wrong hands. She ran bare footed but her body was weak from too much flogging. she made her way to the express way and waved for cars that p@ssed by to stop for her. Any body. Even a ritualist at that time was better than her husband. It felt like an eternity before a car drove past her and reversed. The jeep winded down its gl@ss and Kendra leaned weakly against the window sill. The driver looked at her and she looked back but her weakness was getting to her eyes ,she couldn’t see clearly.
*******

Alex was driving his way home after dropping his bed bug of a sister home at his mother’s. But his mind had refused to stray from Kendra and her husband. He was surprisingly worried for her. He chuckled at himself. How could he be worried about someone he didn’t know much. Someone who seems to hate his pres£nce. And yet someone who intrigued him more. The more he looked at her eyes the more he saw lots of secrets and pain. His car drove past someone who was waving desperately and seemed to be having a big problem standing on her two feet. He blinked and was thinking that perhaps his mind was working tricks on him again because he was thinking of her. But as he released, and saw the lady lean weakly against the window sill, he blanched. She looked like she had been run over by a truck. Kendra!
He saw her eyes close and open.

“Please…please…”
She said breathlessly. He rushed out of the car to the other side where she stood to ask her what happened to her, but she crumbled in his arms.
Unconscious… like she had p@ssed out…or was she dead?…