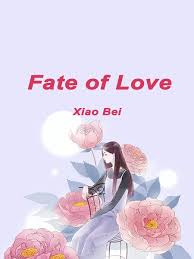 “What are doing Sharon”. Jesse asked.

“Let have s*x. Sharon said and Jesse looks at her with surprised.

“What did you just say”.

“I want to give my body to you jesse”.

“Why all of a sudden Sharon”.

“Because I want, you have been with lot of girls before, so I don’t want you to depride of what you want Jesse”.

“What are you talking about Sharon”.

“You want to have me right”.

“I was just teasing you Sharon, and nothing else, and about the girls you talked about, I have never been with anyone apart from you Sharon”.

“What do you mean Jesse”.

“I know I tease before, but you are the very first girl I have fallen in love with Sharon, and you are also the only I have klzz Sharon, I have never had S*x with anyone before”.

“Then let me be your first”. Sharon said and smash her l!ps on his again, klzzing him, Jesse quickly dis£ngage the klzz and looks at Sharon.

“Sharon we don’t have to do this”.

“Then let do this Jesse”. Sharon said and klzz him again, Jesse had no option but to respond to the klzz, he raised her up, and Sharon wrapped her legs around his wa-ist, as both were still klzzing each other.

They continue klzzing, as their tongues involved in a non stop battle, Jesse bits her l!ps and she m-oans.

He slowly klzzed her neck, and Sharon felt tingles in her Tommy.

He klzzed her earlobe, her neck, and down to her Tommy, removing the bomshot she was wearing.

Sharon unbutton his shirt, and pulls it off, revealing his gorgeous and se-xy abs, Sharon looks at his chest and slowly began running her hands on his chest.

Jesse slowly reach for her [email protected] and slowly unhooked it, revealing her round small b**bs. He slowly klzzed her b**bs, and Sharon m-oans.

Jesse grabs one of her b**bs, soaking it, and playing with the other one, and Sharon was totally W-et.

*How can he managed to turn her on, when it was his first time*. Sharon thought inwardly, as she was enjoying every thing Jesse was doing to her body.

After few minutes of making out, Jesse looks at her, and he could see the pains in her eyes.

“Should we stop”. He asked, removing his d**k from inside her, and Sharon shakes her head, bearing the pains she was feeling down there.

He slowly enters into her again, and Sharon screams in pain.

“We should stop this”. He said coming out from her, because he didn’t want to continue hurting her.

“No, don’t, continue, my body will adjust to it soon”. Sharon said between tears, giving him a sigh to continue.

Jesse sighs, and went inside of her again, after so much effort, her hymen was broken, and he slowly began to thru-st into her.

And Soon the pains she was feeling slowly turn into pressure.

He comes out from inside of her, and pulls her into a deep hug, like he was nothing without her.

“I love you so much Sharon”. He said as he klzzed her forehead, but Sharon was too weak to respond, and in no time she fell into a deep sleep, Jesse place his head between her b**bs and also fell asleep as well.

The following morning, Sharon open her eyes, and the morning sun instantly shined in her eyes, she put on the top that was in the bed, she sits up in the bed, and felt a huge pian between her thi-ghs.

She looks around the room and Jesse was no where to be found.

“Where could he be”. Sharon muttered, and just then, Jesse enters the room with a tray of food in his hand.

“Good morning my heart beat”. He said with a smile in his face. Sharon looks at him and smiles.

“Yes I did, for my one and only Angel”. Jesse said and klzz her softly on the l!ps.

He dis£ngage the hug and looks at her.

“No Jesse, I want you to feed”. She pouted like a baby.

Jesse chuckles with a smile and said.

“Fine I will your highness”. He said, and Sharon laughs, and just like she wanted, Jesse fed her still there was no food on the plate.

“No Jesse, am full, you are a good cook”. Sharon said giving him a high thumbs up, and Jesse chuckles with a smile.

Sharon get up from the bed, and tries to walk towards the bathroom, but she felt a huge pain.

“Aswn”. She screams and almost fell to the floor, but Jesse was quick to hold her.

“Are you okay Sharon”. He asked with a concern, Sharon shakes her head, trying to stand properly, and when Jesse notice why she was in so much, he slowly said.

“Am so sorry Sharon, for being [email protected] on you last night, am really so sorry”. He said feeling guilty.

“Is fine Jesse, I can manage”. Sharon said and tries to walk again, but she felt another sharp pain, and gave out a painfully little scream.

Jesse sighs, and quickly carries her in a bridal style.

“What are you doing Jesse, put me down”.

“Since am responsible for you being this way, am going to Carry you wherever you want to go”.

“Really”. Sharon asked as a smile appears on her face.

“Yes Sharon, so where do you want to go”.

Sharon wrap her arm around his neck and said smiling. “To the bathroom”.

“Okay your highness”. Jesse said with a smile and winkles at her.

“What are you doing here Daniel”. Janet asked the moment she sees Daniel in her house.

“Can I please talk to Jesse”.

“No you can’t, and for your information he is not here, so stop bothering him and leave”.

“Am sorry Janet, for everything I did to you in the [email protected], an truly sorry”.
Daniel said with all sincerity.

“What are you trying to do Daniel, do you think if you say sorry, now, that am just going to handle Jesse over to you”.

“No Janet that not what I want”.

“Then what do you want Daniel!!”. Janet half yells.

“Am going back to China pretty soon Janet”.

“And what does that got to do with me Daniel, you can go back for all I care, you don’t mean anything to me”.

“I know that Janet, I don’t want to fight about our son, because I know he won’t choose me, not after what I did to the both of you Janet”.

“So what do you want”. Janet asked in a cool voice.

“Like I said earlier, I will be going to China, never to come back, I know Jesse can’t and will never accept me as his dad, and I have already accepted that, since I rejected him way before he was born, I just want to make it up to him, and change his life for good, I want him to achieve his dreams Janet, that all I want, will you be able to help me”. Daniel asked, and Janet looks at him without saying a word.

Joanna keeps smiling as she walks to Liam’s [email protected] holding a pres£nt wrapped in a beautiful designs, it was his birthday today, so she wanted to give him a pres£nt.

She enters his [email protected] and sees a group of girls gathering around him giving gifts to him.

“Oh my Liam, you are so cute, how could you be born so perfect”.

“Do you have a girlfriend, i can be your girlfriend if you want, since that slim Joanna turned you down”.

Joanna scoffs looking so angry, as she hears them say those words to him, and she even became more angry, when Liam was just smiling at them, and allowing them touch his cheek.

“So what do you say Liam, can I be your girlfriend”. The girl asked wrapping her hand around his shoulder, and Joanna walks up to her, and quickly removes her hand from Liam’s shoulder.

“What that for Joanna!!!!”. The girl yells and Liam was so surprised at her action.

“If you want to give him a gift, just do so and stop flirting with him”. Joanna yells looking so angry.

“And what does that got to do with you, if I flirt with Liam, you rejected him right, so you can’t tell me what to do”.

“Really, how about I smash that face of yours huh”. Joanna said trying to attack her, and Liam quickly stop her from doing so, by blocking her part.

“Stop it Joanna, why do you want to start a fight with her”.

“Forget it Liam, am out of here”. She said and to throws the gift and walks out of the [email protected] angrily.

“Joanna wait..” Liam said as he went after her.

“What wrong with that Joanna”. The girl from earlier said folding her hands looking angry.

“Joanna”. Liam calls her as he runs up to her blocking her part.

“What wrong Joanna, why are you mad at me”. Liam asked looking confused.

“Because you were flirting with those girls Liam!!! “. Joanna yells.

“Yes you did, you were busy smiling and blushing when they were touching your cheek and you didn’t even try to stop them”. Joanna yells at him looking pissed off.

Liam looks at her and asked smiling.

“Joanna,,,are you by chance jealous”.

“Yes I am, Happy now”. Joanna said and pushed him and walks away.

“Joanna wait….”. Liam said and ran after her.

Say something about this chapter.