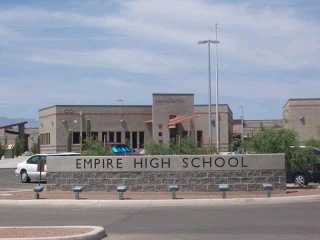 The class was silent, nothing much to do since they were already preparing for the 1st term examination.

“This is the best time to talk to Caro” Jones whispered to Emeka!

“Oh Boy! Angella is with her” he replied

“So when are you going to talk to Caro?! We don’t have time to waste!” Jones pestered

“I have a good plan” Emeka mumbled

The Bell rang for Closing Time! Students sighed in relief and trotted out of class. Emeka stood up immediately he saw Caroline moving out of class with Angella.

“Go..Go” Jones pushed him out of the class.

“He wants to talk you Caroline” Jones said to his crew when the other students were out of class.

“I hope he finds something” Elena prayed

Emeka raced to catch up with her. She stopped and twisted to look at him.

“Say what you have to say we don’t have time”

Angella cut off his statement with a glare. Emeka simply ignored her.

“We don’t have time!” Angella shot back at him

“Sorry are you Caroline?” He snapped at her.

“I wasn’t talking to you!” He said again

He relaxed a bit

“I want to talk to you..privately” he said

The words rolled off his tongue

“Angella I’ll catch up with soon” she said

“Are you really going to leave me and talk to him?” Angella said angrily

“Let me talk to him” Caro cuts in

There was no way she was going to reject Emeka or miss a chance of talking to him..Privately.

She was anxious to know what he wanted to discuss with her.

“Suit yourself” Angella stalked off

“So..what do you want to talk about?” She smiled at Him

Emeka leaned in and grabbed her hand in his, giving Caroline a false smile. And she followed him.

Her heartbeat rapidly when they sat alone in Emeka’s car.

“Can I ask you a question?” He asked

“Do you have a boyfriend?” He blurted

“Why..why are you asking?” She said in a surprised tone.

“I just want to know some few things about you” he repositioned himself to look into her eyes.

“Why?” She said avoiding his gaze.

He touched her hands and she trembled.

“Don’t mind me..I’m just surprised you decided to talk to me and get to know me” she smiled shyly

Emeka stifled back a laugh. Caroline was falling for his fake charms. And he was determined to keep on acting till he finds answers.

Caroline look away from him. Her cheeks all red in fluster.

He reached for her face, caressing her right cheeks. Caroline almost busted of happinenss at his touch on her skin and his breathe on her face. Butterflies formed deep down her belly.

“I’m falling for you too” he whispered

She didn’t get to read the expression in his face to see if he was truthful before he placed his lips on hers. Caroline could hardly believe Emeka was falling for her!

She started kissing him back causing a moan from the back of her throat. She didn’t believe this is actually happening! Emeka was kissing her. She was thankful that she didnt reject Him and follow

Suddenly guilt washed over her. She recalled that she had done something bad to Kate because she was jealous Emeka was close to her. She pulled away and broke off the kiss.

“But..You are close to her”

“Yes as a classmate” he answered

“Oh! Emeka..” She exhaled roughly with her eyes closed

“Any problem?” He asked again

His knuckles grazing her cheeks.

“Why didn’t you tell me that you’re in love with me..Last week?” She said

shot her a confused look

He withdrew from her.

“No..No.no..I’m not in any relationship”

Emeka stared at her

“I can’t tell you” Caro said

He studied her expression. He knew something was bothering Caroline.

“Nothing” Her answer was immediate and sharp. Something was fishy!

She tried to get out of the car. Emeka grabbed her wrist and slammed his lips on hers quickly. She trembled again before meeting him eagerly. She couldn’t push him away because she wanted it.

Caroline had always imagined herself kissing Emeka. She had dreamt about it so many times.

“Tell me what’s bothering you..My Lovely Caroline” He coaxed in her mouth

“I won’t let you go until you tell me something” he sucked on her lower lip.

“You can trust me” he added

Emeka drew back to look at her.

“Tell me and we’ll meet up somewhere nice..Like going on date” he said

In reality he had no intention of going on a date with her.

Date? A date with Emeka?!

“Okay..I’ll tell you but promise me you won’t tell anyone” she said

“I’ll keep your secret Caroline” Emeka faked a smile as he ran his thumb on her Lips. She began to say something but he stopped her.

Emeka took out his cellphone from his pocket and he pressed on a recording app before tucking it back into his pocket.

Caroline without knowing anything, she began to say.

“Do you believe Kate is a lesbian?” She asked

“If she’s a lesbian or not, I don’t care about the news. That’s her problem” he replied

“Have you ever wondered who posted those pictures on the school page?” She asked

Emeka played with her hands

“Anybody could have posted it” He said

“And you are not against such person?”

She said, trying to push away the feeling of guilt.

“No.Infact the person did well..A great job. Who knows what Kate has in mind for the girls in this school” he said

Caroline looked straight at him. She was satisfied by his response. He won’t hate her for what she

“I posted it” she said

What?! He did a great job at not letting his jaw drop completely.

“You posted Kate’s pictures on the school page?” He asked

“Yes” she responded with a nod

That is it! Exactly what he wanted to hear! He tried to hide his surprised look. He was hoping to hear that Angella was the poster! But Caroline was the Anonymous Poster!

“Angella is involved too, she made the broadcast. We planned it together”

“How did you get those pictures?”

“My cousin sent them to me. Her name is Cynthia and she used to be Kate’s classmate at Linda Girl College” she answered

A beeping sound in his pocket revived him. He cleared his throat and took it out. It was a message from Jones!

“What’s taking your time?! Oh no! Don’t tell me you’re making out in your car! Ahah! Lols! Just

Emeka saved the recording and thought of a way to dismiss Caroline. He knows the truth now.

He started a new one

“Angella can’t stand Kate because Joseph had his eyes on her. And I posted the pictures because..I wanted to get back at Kate too” she said

He arched his brow

“But now..I’m happy to hear that you have feelings for me” she smiled

So foolish! He concluded

He saved it again

“Are you heading home now?” He asked

“No..No I have to clear up some things at a friends place too” he added

He took out #2000 from the car safe and gave it to her. Caroline refused it.

“This is for your transport fare..Accept it” he said

No! He was paying her for giving him the information he needed!

“See you tomorrow” he said

Caroline came out of the car and waved at him before leaving.

“Where are you?” Emeka said over the phone.

Emeka picked a toilet roll in the backseat and wiped his mouth several times. He sprayed his mouth to get rid of the taste of mint in his mouth. Caroline had one in her mouth before he went to her. And he suddenly felt like throwing up.

“How was it dude?” Jones asked as he stepped into the classroom.

“Did she confess to you?” Temi asked

Emeka waved his phone in the air.

They all rushed to him

“So Cynthia is related to Caroline!”

They dropped comments except Katherine.

“How did you get her to confess to you?” Jeffrey asked

“Tell us your plans” Jones said

“I can’t believe i shared a kiss with that baby frog” he muttered with a disgusting look on his face.

They gasped in shock

“You did what?!” Jones said

“I kissed Caro so she could tell me the truth” he breathed out.

“Disgusting..I feel like throwing up right now” he said

Emeka shot him an angry look.

“Aush! I was only joking” he said feeling the hit.

“What kind of joke is that? I only did it because of Kate” Emeka said

“Thank You” Kate said to him.

“You don’t have to thank me. I should be the one thanking you for giving me a chance..To be..your friend” he muttered without meeting anyone’s gaze.

“You understand me better than anyone else”

“So what’s our next move?” Jones broke the silence.

“Finally! Angella will pay for her evil acts!” Elena added

“You did a great job Emeka!” Elena threw her hands around him.

“Oh thanks!” He hugged Elena

“Yes..It’s my favourite” Emeka answered pulling away from Elena.

“Let’s have a pizza party this weekend to celebrate our victory against Angella Benson and her girls!” Temi suggested

“We’ll discuss it when Angella gets her punishment” Jeffrey said

They nodded in agreement