Anything for Rachel episode 13

Folakemi December 27, 2021 Anything for Rachel 0 Comments 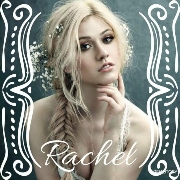 His words stung my heart, but I knew that Octavia had told me that he had been proclaiming this, but it did still hurt to hear it come out of his mouth, even if I knew it wasn’t true.

Calvin sighed, looking out at everyone except me. “I felt pressured, by the people, and by officials close to me, to secure a marriage with one of the girls to take some of the attention away from the king’s death.” He said. “I did what everyone wanted for me to do, and afterward I felt suffocated by the decision. I saw an opportunity to get rid of her without any actual crime being done against her. I had her drugged, and she was taken away by a man I paid and delivered back home to her family.”

“Yet here she is, back in the castle.” Marco said.
Calvin had a slightly flvstered look, but he was doing decent un-der the pressure this room was handing out. “Yes.” He said. “I spoke to a few about the truth of her dep@rture, and the news was leaked, forcing her return.”

Miss Angela raised her hand and I held my breath, knowing how much she didn’t like me. “Can I ask you something?” She said to Calvin and he nodded. “Many people would attest to just how in love the two of you seemed to be.” She said. “How are we supposed to believe that you were faking it the entire time? Of course I would never accuse my king of lying, but I do wonder how you respond to that.”

Calvin glanced up at me quic-kly before looking back down, furrowing his brows. “While I un-derstand where you could have gotten that impression, it isn’t true. I was never in love with Rachel, I only held her at a high respect and counted her as a friend. I know that her personal feelings for me were something much stronger, and I pretended for the people.” He said, and I felt stupid tears running down my cheeks.

“I will agree with Miss Angela’s statements.” A man to her left nodded. “I always got the impression that the feelings were strong and mutual between the two of you.”

“Well they weren’t.” Calvin snapped. “There was another.” He said. “One of the other girls that my father had brou-ght here. I had a relationsh!pwith this girl, but I didn’t marry her because she wasn’t as accepted by the people, and I wanted to plea-se them by marrying Rachel, but my heart always belonged to another.”

“Miss Lexton.” He said firmly. “There are also plenty who would attest to the fact that we had multi-ple secret meetings and that I was even on a personal supply of her blood the entire time she was here, not once did I ever take plea-sure in the blood of my wife.”

A woman in the back of the room raised her hand. “I can put my name to that.” She said. “I worked closely with Miss Lexton during that time, and she was giving her blood willingly, and he did call on her multi-ple times, even s£nding her letters while he was away from the castle.”

My breaths were shaking my whole b©dy as I tried to keep my control. Octavia reached out un-der the table and put her hand on my knee, then fli-pped it over, palm up so that I could see what she had written there.

He’s lying for you

I shook her hand away from me and crossed my arms over my che-st. I knew that p@rts of what he is saying is lies, but I also know that there is truth in what he is saying about Lexton too.
Marco turned slowly to look at me. “Your highness?” He said gently. “I’m sure this is very h@rd for you, but would you plea-se give us your side of the story now?”

Calvin moved away from the podium and stood to the side of the room while I walked with led legs over to the podium. “What do you want to know?” I blurted.

“Just tell us what happened the night you left here.”

I wiped my eyes, probably smearing my makeup and then held onto the podium to br@ce myself. I took a de-ep breath and sighed shakily. “Well, I remember being in my room, and the alarms blaring, the lights flashing.” I shuttered at the memory. “I remember going out into the corridors.”

“During the dungeon escapes?” A man asked and I nodded.

“Why would you leave the safety of level six?”

“I was looking for him.” I said flatly. “I was worried about him. I
went out and my friends were all killed, then after that it all gets a little foggy. I remember waking up in a car at the airport in the US. I had no idea how to return here, so I went home.” I said softly.

“Did you wish to return?” Angela asked and I looked over at her, tears filling my eyes.

“And how did you feel?” Marco asked. “I’m sorry if it is painful, but we need to know the truth. There are rumors that the two of you worked together to help you escape.”

I shook my head and fat tears poured down onto the podium.

“How did I feel?” I asked. “I felt worthless. I felt like I wasn’t good enough. I felt like I had been betrayed by the person I loved more than anything in the world.” I turned to face Calvin, forgetting everything else that was going on in the room. “I loved you.” I cried looking into his eyes. “I gave you everything, and you threw me away.” I turned back to face the council. “I had no p@rt in my leaving here. I wasn’t in on it, or even thinking that there was the slightest possibility that the man I loved and couldn’t see a life without, would chose to s£nd me away. I cried for days. Weeks. Months.” I sobbe-d. “I wished and prayed every day that there would be a knock on my door, and that he would be there, telling me I was coming home. So many times I thought I’d seen him in a crowd and gone up to the person only to find a complete stranger, which is now what he is to me.” I said looking back at him. “I stand here before you all now, completely innocent of these charges against me. The only thing I am guilty of is being stupid enough to believe that I would have a life here with the man I loved, who apparently didn’t love me at all.” I turned away from the council and walked back to the door, Octavia coming to my side, putting her arm around my w@!st, steadying me.

“They will deliberate, and call another meeting when a decision has been made.” Octavia whispered to me, opening the door.

“You go ahead and go.” She said softly, true caring in her eyes.
I nodded my head and walked out into the hall, Cromley at my side.

We made it to the elevator before I heard an extra pair of footsteps behind me.

“Rachel.” He said, pu-lling my wrist towards him. “Give us a minute.” He said to the guards and they all dispersed.

He pu-ll-ed his brows together and made a face like he wanted to speak but couldn’t. He pu-ll-ed me to the elevator and pressed in the key to the sixth floor. “Rachel, plea-se.” He said as the elevator began to move. “I was lying the entire time back there, you know that my feelings for you are true.”

“Well I sure hope the council buys your bull$h!t because I can’t wait to get out of here.” I spat. “Every word I said was the truth.”

He looked down at me, and reached for my face, but I backed away, bu-mping into the wall of the elevator. “Don’t t©uçh me!” I shouted. “I can’t believe how stupid I was.”

“What are you talking about?” He asked, his face pained.

“I let you get to me again.” I said. “I let you sl!pin and make me forget all the things you put me throu-gh, but I remember now.” I said lowly.

“Rachel, I’m confused.” He said. “I thought you were angry with me because of all of the lies I told you.”

I shook my head at him, almost wanting to punch him. “How can you be so stupid?” I asked. “I got over that! I was only angry for a little while about the stupid lies! What I can’t get over is how you tossed me to the side!”

“I thought I was doing the right thing!” He yelled back.

“By taking away my choices?” I snapped back.

“You deserved better than this life, Rachel!” He said. “You didn’t deserve to be here!”

“That wasn’t for you to decide for me, Calvin! I didn’t want to leave you. I wanted to be with you and you didn’t let me!”
He reached over and hit the st©p bu-tton on the elevator, ma-king it jolt beneath us. “What kind of future could you have had here?”

I couldn’t see him throu-gh the fogginess of my w€t eyes but that was probably a good thing. “I could have been with you! We could have been together! We could have worked something out!” I cried hysterically, my b©dy shaking and my mind filled with happy images of me Calvin and Rose all together as a family.

Calvin covered his face with his hands. “I didn’t know you would have wanted that, Rachel.” He sighed.

“You never bothered to ask me!” I shouted. “You decided to tell me the truth and kick me out of your life without a second thought about it!”

“I did think about it!” He yelled back, his eyes darkening slightly.

“I thought about it every single day since I watched you leave here! I think of you every day, wondering if I’d made a hvge mistake!”

I shook my head. “You did!” I shouted. “But now it is too late.” I said, lowering my voice and hitting the bu-tton for level five. “I don’t want to get su-cked back into all of this. I loved you, and I gave you my whole heart, and you didn’t trust me enough to let me make my own decisions. I wish I could forget everything. All of it. But I can’t, and I can’t do this again. Not after what you put me throu-gh.”

The doors slid open and I stepped out. “Rachel, plea-se, I’m so sorry.” He said.

“I wish I could forget.” I sighed again as the doors closed.