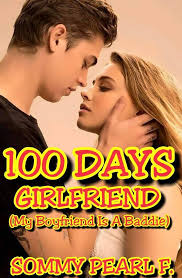 Whitney turned to the door, her son was standing close to, and a loud [email protected] escaped from her li-ps.

“Michael” She whispered.
“What are you doing there??, Come…Come here now” She beckoned.

He only smiled widely at her.

“I’ll pluck those teeth with my pliers, I tell you so come here, while I’m being nice” She said, vexed.

“You are dead once you enter that office. So dead, Michael” She pointed a f!ng£r at him.

That was the CEO office. Even though he was b-arely around, she feared and avoided that office.

It has been just a week since Whitney started working at season bank and now, Micheal wanna cause trouble??

“Mum… She was the one that bought me here” He frowned, slightly.

“Are you his son?” A voice sounded from behind and she turned to see a beautiful tall lady in black suit, and cooperate skirt. She had flat shoes on. Her hair was tied and rolled in a bun.

“Hello there” Whitney greeted.
“Are you the one that brought him here?” Whitney asked.

She nodded.
“I’m Miss Elena. He wanted to use the restroom so I led him there. Are you his mother?”

“Yes. I’m sorry for the inconvenience but you wouldn’t have bothered to take him in there. You would have just taken him to the gents” Whitney said.

“I was just following orders ma’am”

“I don’t know who this Celine is but I was following my boss orders. Not that he is really my boss but he’s still a boss” She chuckled, with a shrug.

“As we speak” Elena answered.

“You stubborn goat! Who even gave birth to you? Certainly not me” She gnashed her teeth, fuming.

Micheal sticked his tongue out after her, before running in.

“I told him to stop doing that!” She grunted.

“If I take a good hold of that stinking long tongue, I’ll chop it to pieces and made dinner with it and i can @ssure you, Mum and Liam will eat those”

“And no…He didn’t just go in there. I’m gonna rip him apart, I swear. Please Miss Elena, can you hel-

“Sorry, I can’t. I was asked to rely a message to a business adminstrator. Sorry and please, excuse me” Elena bowed and left.

Whitney swallowed nervously and slowly entered the office. She heaved when she saw no one was there.

“Mum…please” He shook his head, acting all cute and innocent.

“Once beaten…Nope, Once,, fooled, Twice,, shy” She held him tightly by his shirt.

She raised her hand and spank his butt.

“Yes, Sue me. But I’m gonna have to be through with you first” She said, and raised her arm again but from behind, a hand held it.

She could swear she felt a tingly thing like electricity flow through her hand when that person touched her.

Whitney let her son go and slowly turned to face the person.

“Who are you?” She shook her head, trying to clear the blurriness from her eyes.

“You shouldn’t hit him” The person said.

At once, her vision got back to normal and when she saw the young man dressed in suit right in front of her, her lashes batted.

John smir-ked and went to the lady dressed in red, wearing a hat. She was facing the portrait on the wall.

“You’ve been looking at it for 24 minutes now. Do you like it?” He asked, adjusting his tie.

The lady smir-ked.
“I hear that everyday. Why do you have to make all the portraits here look so good. It makes the others stupid and unworthy”

John laughed lowly.
“I s£nt 3 artworks to your boutique store. You don’t love them?”

“Why do you keep coming here though?” He asked.

“What?” The lady whispered, not looking at him.

John faced her side profile.

“You keep coming here, Maureen…almost every single day” He whispered.

“This is a Gallery. Did I do bad by purchasing a premium voucher?” She asked.

“And since when did you start checking for how long I watch an artwork. You knew it was 24 minutes, how? You’ve been staring and watching me?”

John eyes ran around nervously.
“What do you mean? I own this gallery and ought to know everything,, even the slightest thing that happens here”

John stood there, staring at her as she watched the portrait.

“You know…” Maureen voice trailed off.

“Ya making it obvious that you still have feelings for me” She further said, and he cleared his throat, quickly looking away.

Maureen smiled and looked at John.
“Its been 9 years, John… 9 years”

“Haven’t you ever seen a guy who liked a girl for 17 years?”

“Well, they were…She was his childhood crush”

“That dumb. Why didn’t the guy tell the girl he had a crush on her?” She queried.

“So, what do you expect me to do now?” She asked, s£nselessly.

“You keep saying this”

“I guess it never fades” He for-ced a sad smile.

At that moment, John phone rang and he checked it. It was Desmond.

“Don’t tell him I’m here. He will think I’m lur-king around you or something. As if coming to Germany with you wasn’t enough” She swallowed.

Maureen shot him a glare and he cleared his throat dramatically before accepting the call. It was a video call.

“Is Maureen there?” Desmond suddenly threw the least question anyone could ever think of..

“Huh?” John muttered and glanced at Maureen who kept shaking her head.

“Its just…your face looks bright than usual. You keep this look whenever she’s around. Anyways, It’s good. Just be bright and cool…always”

“Prisca has given birth!” He said, quickly.

“Hell no!, You know what, Lemme just spill the milk”

“Yeah please. Cut to the chase”

“What!!!!” Maureen suddenly shouted and ran to the screen.

“Are you kidding me??” Desmond scoffed, already freaked out cause of the way she had screamed.

“You said Maureen wasn’t there” He added.

“What did you just say? Whitney?” Maureen said.

“Yeah. She works at the bank I direct-

Maureen just smir-ked.
“So, how did it happen??”

“I came early to the bank today than usual with the CEO’s secretary. Minutes later, I saw her with a little kid and when I asked, she said he wanted to pee. I swear, just a glimpse of him and I saw the full version of Jayden!”

“I beckoned to him and after questioning him, I concluded he was Jayden’s child. Whitney’s baby. I found Whitney searching for him. You know, Whitney never change and even from behind, she still looked the same”

“Have you told Jayden?”

Desmond sighed de-eply and shook his head.
“But I’ve told my wife. She’s on her way”

“Hold on. Its Prisca. You know how crazy she can be if I don’t pick her call now. I’ll call you right back” Desmond said, and ended the video call.

John smiled and looked at Maureen.

“Are you crying right now?” He asked, scanning her face.

She sniffed, and rubbed her eyes.
“No, I am not”

“Go away” She nudged him, leaving.

“Maureen?” He called but she didn’t stop.

“Maureen! Wanna follow me on a date to Germany?” He quickly said, and she stooped suddenly.

She slowly turned to him.

“I’ll follow you on the date to Germany” She answered and he smiled. The tears finally slide down her eyes.

“Michael! Can you stop roaming around?? This is clearly why I never supported having you around with me today. You should have stayed with Mum at home! So much for a sick guy that said he doesn’t wanna go to school” Whitney spat.

“I’m love sick, Mum. Love sick and I ain’t going to school till Scarlett picks my call” He said.

Whitney scanned her son from head to toe.
“What kinda kid is this?”

“I’m handsome huh?” He played with his front full hair.

“Then, you fell in love with an ugly guy, heww”

Whitney gave him a snarl and smacked his head.

Whitney looked at him.
“Hmm?” She muttered.

His eyes were misty and red already.

“Help me,,, please” He muttered and Whitney quickly got on her feet.

This gigantic and rich endowed shopping mall has about 54 branches in the whole of USA, and still counting.

It’s owned by one of the most wealthiest and sweetest couple who has been married for 5 years now and blessed with twin girls, Georgia and Georgina.

You wouldn’t ask about C&N without getting answers in the US and even abroad.

C&N is the abbreviation for Clark and Natalie. Yes, she kept her promise and came back to him. Their love was much more than even the former. She was even able to clear her father name till there was no worries and holes.

These couple are a big name in the USA. They made it big there…

When Natalie was still heavily pregnant that year, she was called to be the face of a one- pregnant woman health magazine.

Clark also is almost like a celebrity. He has been receiving lots of enfor-cement deals from different brands.

Maybe cause his handsomeness, s*xiness and bravery is from another level?

He had once saved a cute poodle from getting smashed by the subway train.

He saved people stuck in the elevator and even a young girl from drowning.

“Yes baby gold” He smiled at her.

“I just received a message from Maureen”

“You did??. I just received one from John and was about to come to you” Clark said.

Clark sighed and scratched his head.
“I guess. As for Jayden, He is….