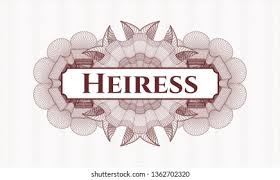 He should have gone to check on her.
The thought had crossed Graham’s mind at
least a dozen times in the past hour,

amplified
by both his frustration at having
un-derestimated Kentshire’s heiress and his
anger with Samuel Winters.

The night before, he’d suffered through dance
after dance with the remaining debutantes,
each more infuriating than the next. He’d done
as his father had ordered,

locking Isabelle in
her room and posting guards at each of the
doors, including the service corridor.

He knew
she wasn’t above sneaking out dressed as a
maid,

but he hadn’t anticipated she’d resort to
violence. He’d trusted his guards to keep her
safe as he’d pretended to enjoy himself at the
ball.
But he should have gone to check on her.
He could still hear her voice begging, pleading,
crying his name as the guards dragged her
away.

He’d dug his nails into his palms to
keep himself rooted to the sp-ot, that invisible
pull between them yanking taut. But he hadn’t
moved.

He was un-der orders to attend the ball
as if nothing was the matter, so he had.
But he hadn’t gone to check on her. He’d
buried the truth behind his reasoning, that he
didn’t want to find out whether she would allow
him into her suite after he’d allowed her to be
dragged away.

He didn’t want to see how badly
he’d damaged whatever fragile trust had grown
between them.
Because of his cowardice, it was only as the
stars winked out in the murky grey pre-dawn
light that he’d discovered her flight. His
cousins had screamed for the guard,

awakened
from their sleep as something crashed in
Isabelle’s bedchamber. There, the palace
guards had discovered one of their own, a
tipped-over wardrobe and a splintered closet
door attesting to his imprisonment. The guard
hadn’t seen his a-ssailants, but he remembered
Isabelle’s maid distracting him before he was
attacked.

Of course, by the time the palace guard had
thought to awaken Graham, Isabelle’s maid had
fled as well, telling the guardhouse that she
was posting a letter for her mistress before
vanishing into the city.
Graham’s fist hit the desk before him,
Isabelle’s sapphire ring bouncing along the
wood as he gritted his teeth. From the
moment they’d discovered the guard
barricaded in Isabelle’s closet,

the clues had
laid themselves out like a well-drawn map,
taunting him. Her jewelry box had been
emptied of everything, save for her farce of an
engagement ring. Her horse was missing.
Outside the stables, one of the guards had
discovered her sapphire ring and earbob from
the night before,

both half-buried in the thin
dusting of morning snow.
Upon questioning, the evening shift gate
guards had reported that Sam Winters had left
the palace with his valet sometime before
midnight, while the morning shift had reported
that Cedric MacGibbon, Winters’ valet,

had left
the palace grounds shortly after dawn. No one
had any record of the valet re-entering the
palace grounds, which meant that Sam Winters
had left with someone else in the dead of
night.
Graham had instantly known who that someone
else was, even though his guards had only
ba-rely pieced it together when they roused him.
He was of half a mind to strangle them all for
their incompetence, but the brunt of his wrath
was squarely aimed north. Sam Winters was
the one he wanted to punish.

Sam Winters,
who had given him his word that he’d leave
Isabelle in Highcastle. Now the pair of them
had at least an eight hour head start towards
the northern roads that were not even remotely
safe for Kentshire’s heiress.