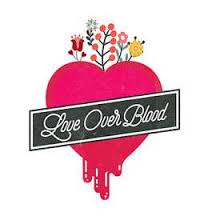 After the burial, Aisha was about to bid goodbye. She wanted to go and see Stacy for the meantime. However, when she was about to exit, Sahaya suddenly called out.

“Sahaya… do you need something?” she asked.

She shook her head but then she seemed to be looking for someone. “Where is Eli?” she asked.

“Oh Eli? he’s with his father and grandpa right now.” she gladly answered.

“But why didn’t they come?” she was curious.

Aisha jolted. Yeah, they actually had a little argument about it earlier. then her memory went back to what happened prior.

“You’re not coming? But why?” Aisha was a bit upset.

“I’m sorry but as much as I want to, I just can’t. Larry is still trying to trace the people who was vexing around you and me. so we need to be careful for now.” Ethan explained.

“But it would only be a simple and private burial service. I’m sure there will be no reporters out there. besides, nobody knew about this except the important people.” she reasoned. “Besides, I’m sure Sahaya will be looking for Eli.”

“Aisha…we still need to be cautious, or else, all our plans will go to waste. who knows Silver’s men are still watching over you?” Ethan explained.

Aisha un-derstand his concerns and he was right. however, It’s just a common courtesy to attend especially that the grieving person was one of their friends.

Aisha sighed disappointedly. She believes that if there’s a will, there’s a way. There are alternate plans for that but she knew that Ethan will stand his ground. So with a defeated look, she walked past him.

“Aisha…” Ethan stopped her by holding her arm. “Don’t be like that, please.” He pleaded. However, Aisha is not responding. Unknown to him, she’s already shedding tears.

Dang! Is this how pregnant women are? Aisha clenched her fist.

He faced her then his brow raised. “Are you crying?” he was stunned.

“I’m not!” she wiggled to break away from his hand while covering her face with her other palm. Then suddenly she heard a mocking laugh.

“Aisha, you’re crying over this petty argument? Are you alright?” he was still laughing.

Aisha got mad and glared at him. then she for-ced her way outside the room.

“Aisha, wait!” Ethan chase after her. “I’m sorry!” he stood in front of her and embraced her ti-ght. “I’m sorry for laughing, okay. but you should know that we can’t risk to be seen together in public. We were able to stopped the articles about you and me and Stacy before but the paparazzi folks cannot be barred that easily. I don’t want to ruin your plans against Silver, you should know that.” he tried to go in detail.

“Fine.” she softly replied but her eyes were looking somewhere. “Let me go then.” She pouted..

“I won’t unless you give a smile.” Ethan teasingly cu-p-ped her face with her hands as he looked intently in her eyes. however, Aisha was trying to avoid him.

“I won’t let you go unless you smile.” He continued.

Aisha gave an upset smile. “Happy?” she muttered. To her surprise, Ethan captured her li-ps without prior notice. She je-rked when she felt some bu-tterflies flic-kering on her stomach. Dang! she’s pregnant but she can’t still get used at how Ethan affects her that much?

“I love you.” Ethan mumbled but Aisha was slow to respond. after a minute of no reply, Ethan again kis-sed her. it’s a little wild than the first one.

Aisha couldn’t hold it in any longer so she gave in. she kis-sed him back hungrily. That moment, the two doesn’t care about the time anymore. they just want to savor each other. yeah, it’s been a long time and either of them can’t deny the pull of that electrifying body heat that both are emitting. Dang!

Ethan’s f!ng£rs started to course beneath her shirt and started to cu-p her perky . After a minute, Aisha already found her tops on the ground.

“Are we really going to do it here along the hall?” Aisha whispered while catching her breath.

Ethan paused in a while when he realized that they are indeed in the hall. Good thing that none of the servants saw them so he carried Aisha inside her room. yes, they are at Rio’s mansion at the moment.

As soon as Ethan laid Aisha on the bed, he removed his own garments immediately and continued exploring Aisha’s body then vice versa. Then dirty romance went on and on for a couple of hours.

They both laid their sweaty bodies on the bed as they catch their breaths. They sure had some [email protected] wild bed moments just now. then Ethan stared at her lovingly.

“Want one more?” he teased.

“I sure do. but I’m tired. I still have to go and see Caleb and Lisa.” Aisha slowly stood up then walked towards the shower room. after a few minutes, she came out freshly as if nothing happened. Then she looked for another clean shirt.

“I have to go, honey. I’ll see you later tonight.” She kis-sed him lovingly.

“You should wait for me. I need to tell you something later.” She grinned meaningfully.

“You can tell me now.” Ethan was excited to hear about it.

“Later.” She smi-rked. “Bye for now.” then Aisha walked out the room with an glimmering glow.
**

Yeah, Aisha had decided to tell Ethan about her pregnancy later tonight. She wanted to see his reaction once he hears it. Will he be happy about it? or what? hmmm.

“E-Eh…? Y-yeah!” oh no, she forgot that she was actually talking to Sahaya but her thoughts went back to that moment she had with Ethan. Ah! Pervert!

“Are you sick Aunty?” Sahaya asked. “Why is your face so red?”

Dang! she blushed in embarra-ssment. “Ah, this is nothing. I am just feeling hot right now that’s why my face is red.” She grinned.

“I have to go Sahaya, okay? don’t worry, I’ll tell Eli about you.” she smiled and kis-sed her and went on her way.

“Eh? Eli’s mom is so weird.” Sahaya uttered before going back inside.
***

Demetrius had given his final condolence to Caleb and Archie then he went on his way. Since Archie can’t drive him home, one of his men accompanied him instead.

His thoughts were filled with a lot of things about Silver. His selfish spiteful half-brother who wants to rule the world, Aisha will definitely lose if she goes against that man alone. So he wanted to support her with everything that he has. After a moment, his thoughts remembered Sherry, or should he say Cherry-Ann Lee. who would have thought that Silver and Rio had her twins all along? Fate must have had fun playing with their destiny’s.

“This is such a coincidence.” Rio muttered while his lost on his own thoughts. How come? Aisha and Stacy were Cherry’s daughters. And what happened to Cherry? How did she ended up with Silver? He was thinking when his phone rang.

“Rio Speaking.” He answered. After a minute listening to the person on the other line, he [email protected] and held on his breath.

“What did you say? Sherry? Sherry is in a critical condition right now?!” he unbelievably uttered. “Tell me, what happened to her and where is she right now?!” his mad voice echoed inside the car.
______

She made sure to put the little girl to sleep as soon as they arrived at Caleb’s house. Lisa was supposed to leave after the burial, however, Sahaya had been tailing her everywhere. Seems like the little girl knew her plan so she stayed with her most of the times. She was also expecting Sahaya to go home with her grandfather Archie but she insisted of going home with her and Caleb. she heavily sighed and adheres to her request.

Lisa wasn’t sure though as to why the little lad latched onto her even though they only met and talked once before. But somehow she’s happy to know that Sahaya likes her as much as she adores the kid.

Once Lisa laid the little girl on the bed, she walked out the room and strides back to her old room. it was empty since she had packed all her stuffs. Ah yeah! Her luggage. She remembered. She stood up and was about to go out but she halted when she saw Caleb holding her luggage while standing on the doorway.

“Caleb…” she uttered. “You should have not brought it up since I will be leaving soon.” She muttered.

“But you need to rest for a while.” Caleb replied.

“I think I have to go now. I might wake Sahaya if I will leave a little late.”

“Lisa you’re tired. You have to rest for now. don’t worry about Sahaya, I’ll talk to her.” he a-ssured her.

“Okay.” she sighed and sit on the edge of the bed. She opened her luggage and took a night dress. She was about to stand up and head to the shower room but Caleb held her arm. She crea-sed her brow.

“Is there a problem?” She faced him.

Lisa looked at him. he wanted to say something but he was hesitating. She somehow knew what is on his mind so she knelt before him and touch his hands.

“You’re afraid.” She said. Caleb jolted. How did she know? He thought.

“Ehm.” He nodded. “Lisa, I know you had a [email protected] time dealing with all of my issues and I will never stop apologizing for all my shortcomings. I just hope that you won’t leave me… and Sahaya.”

Lisa can see the sincerity and determination in his eyes. so he cu-p-ped his face with her hands.

“Caleb, I admit that I was ready to leave you before. but when I chose to come back, I have decided to stay and fight for you… and with you as well.” she smiled. “My love is greater than my disappointments so I will stay as long as you want me too.” Then she kis-sed him lightly.

“Lisa, I love you.” he seductively whispered.

However, Lisa responded with a mocking laugh. “I know that Caleb. but you know what, being s£ntimental is not your thing. You should go back to the person you used to be. I prefer your old self.” Then she stood up laughing at him.

“Dang this woman!” he cursed. “I even went beyond my actual self for her. Ashhhhh!” he wanted to scream but he held himself. Then the next thing he heard was the woman singing inside the shower room. he scoffed then get out of the room.
***

Meanwhile, with a smile on her face, Aisha exited Stacy’s room. They had a few hours of catching up and when the doctor came for her treatment, Aisha needed to bid farewell. She then left Johnny to watch over Stacy.

she went to where her car was park. But before she starts the engine, her phone rings. Ah, it was Ethan!.

“Ethan! I was about to call you.” Aisha uttered.

“Babe, where are you? Do you have some spare time tonight?” he asked.

“I’ll be waiting for you. I’ll s£nd you the location.” then he hung up.

“Eh? Wait!” however, the line was already disconnected. “What is he planning to?” she knitted her brow.

Well, anyway, this could be the best time to surprise Ethan about her pregnancy. Then she caressed her belly. “Baby, hang on. we will be surprising your dad in a bit.”