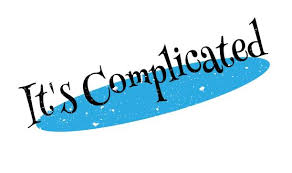 “So it’s true…… HOW DARE YOU?” [email protected] roars after listening to the voice recorder

Mr. Brooks knew that he can’t deny it anymore, the best thing for him to do is to escape

“I should listen, what if I choose not to listen,” he asked moving close to him

“Then I will just kill you,” he replied pulling out his gun

[email protected] stopped and stood on a sp-ot thinking of everything, he looked around to notice the guards that just come in

“I don’t know how you feel but you can feel anything and anyhow you want, have come a long way to give up now.. not even you can’t even stop me,” Mr. Brooks said sarcastically

“How about we just end this,” he asked and fold his fist

“That’s my boy, now tell me. Are you with me or against me?” Mr. Brooks asked

He was silent for a while observing the whole place, he thought of what to say for the guards not to shoot him cos they were already pointing guns at him

He looked at Chelsea and she winked at him, though it was secretly cos no other person saw it, he returned his gaze to Julia and smiled

“Of course, I remain [email protected] brooks and nothing will change that,” he said loudly

Julia and Mr. Brooks were still not satisfied with what he said

“And I don’t care what happens in the past, we move on and forgot the past, I only have one enemy which is THE SMITH FAMILY,” he said and laughed, they joined him in laughing, and the guard’s Lowes their gun

Steve checked his wristwatch again for the 5th time, *it’s already more than 30 minutes why is she not back yet,* he thought

“Am sorry sir but you can’t go in there,” she said calmly

“Well then go and see if my girlfriend is still there, she went in there for over 30 minutes now. And she’s not yet back,” he said

“Stay right here I will go check,” the lady replied and went in

She came out after some minutes, and Steve looked worried already

“Is she still there,” he asked

“Am sorry sir but no one is there,” she replied

He shoved her aside and went in there, he started opening the doors one after another time he reached the last one and saw her phone laying on the floor

“No… no… This can’t be happening,” he said and rushed out of the place

He rushed into the operating room and demanded the footage, they checked and discover that it was blank

“Damnit,” he groa-ns and hit his leg on the table

“what’s still keeping them,” Lucas said and checked the Time

Lucas brings out his cellphone and called Steve but he didn’t pick up, he tried Sandra own neither of them picked

“They are not picking,” he said and drops the phone

Steve walked in with a worried expression, one would notice that something had happened, Lucas was the first to speak up when he looked at the door but didn’t see Sandra

“Where is Sandra?” He asked

Lucas noticed the look on his face and walked toward him, seeing the angry face of Lucas he gathered enough courage and speak up

“She’s gone,” he replied more in a whisper

“What do you mean gone, gone where?” Mr. Smith asked

“They took her, it wasn’t my fault. She went to the restroom and didn’t come back, I searched for her but couldn’t find her,” he replied slowly

“Damn it, am done doing this sh*t,” Lucas replied and grabbed his car keys

“And where did you think you’re going,” Mr. Smith asked

“Try stopping me,” he replied and left before anyone could say anything

Steve and Jason run after him immediately

“What shall we do with him now,” Mr brooks asked as they walked down the hallway

“Have already contacted the doctor, his on his way. Once we get the money we just make him kill them all,” Julia replied

“But am afraid something might go wrong,” she added

“Everything will go as planned, nothing will happen. That boy is a dummy and I trained him to be that way, didn’t you see how he reacted even after knowing the truth,” Mr. Brooks said

“You’re right, there is nothing to worry about,” Julia replied and looked back when she felt a tap on her shoulder

“Hello sister,” she heard and froze on her sp-ot. There is only one person that has that voice, she slowly turned in the direction of the voice to see a man in all black standing not far from them

“Will…….” She called but it came as a whisper, it was like a dream to her

First, it was [email protected] and now her dead brother is back to life, is she even dreaming or is all this reality

“Williams!!” She called again and Mr. Brooks nearly pee on his [email protected]

“Come on sis, that’s not how to welcome your brother. Come gimme a hug,” he said and opened his hands wide apart

“How is this even possible, I thought you were dead, how come,” Mr. Brooks who couldn’t hide his shock asked

“I would have loved to explain that, but am here for a better business,” he replied and looked at Julia

“You have something that belongs to me,” he said with seriousness

Julia made to talk but the word’s refused to form in her mouth, she opened her mouth and swallowed nothing… A guard runs toward them and whispered something into her ears and her eyes widen

“The cops, they find us we have to live,” Julia said

“Did you call the cops,” Mr. Brooks asked looking at the man in front of him

“Don’t think am as stupid as you, now where is she,” he demanded

Julia flinched and lead the way, They got there to see Chelsea chained up

“Let’s her go,” Julia ordered and the guards freed her from the chain

“What took you so long,” Chelsea managed to ask as he gently carried her out from there

“You’re still breathing that’s all that matters,” he replied

Mr. Brooks run down the hallway to see [email protected] coming from the other end, he smi-rked as an evil thought came into his mind

He suddenly pulled out his gun and wounded himself with it, seeing that [email protected] didn’t notice it he shouted and that got his attention immediately

“Help… Son, please help,” he shouted and pretend to be weak

[email protected] runs to him and helped him stand, he made to carry him out from there but Mr. Brooks saw two officers coming their way and shouted immediately

“Help, he’s trying to kidnap me,” he yelled, and [email protected] looked at him shocked

“Drop the gun, hands behind your head… On your knees,” one of the cops shouted and [email protected] did as he told immediately

They run towards them and helped Mr brooks up, [email protected] who was dumfounded just followed them to the car

He slowly walked towards it till he started hearing voices and hiding, he made to come out but he heard something that made him tremble

“Williams, don’t think this is over,” the first person that seem to be a female voice said

“Am always prepared for you Julia, do yourself a favor and avoid anything that has to do with me, especially Lucas,” the other voice said and entered his car

“We will see about that,” the female voice replied