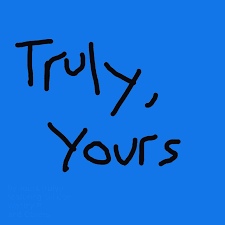 My heart sink what the hell did Blake told him? I swear I’m gonna punch him.

“Blake found out the truth, I’m sorry I didn’t mean to spill the whole truth but he already knew he just confronted me” I was ranting but hell I didn’t care, like I don’t even know what to do.

“It wasn’t your fault, Blake was bound to find out at some point so don’t blame yourself. I will see you around”

“Just like that? what now? You suddenly acting cold and distance towards me? do I have to run after you like I have done for the last twelve years? hell no! you might as well break up with me…you know what? I will have you the trouble…we are done!” I spat angrily and went back inside.

I’m so sick and done with running after him, I love him of course but there’s nothing much you can do in this case, I didn’t bother going to finish my breakfast, I just went to my room to have a good guy.

So Blake told him to stay away from me and he did? he isn’t going to even try and fight for our love, how pathetic.

“Hey, you got everyone worried, why don’t you come downstairs and finish your breakfast” Bella said, poking her head through the door.

“I’m not hungry” I choked out.

“Wait….are you crying? my God” Bella hugged me immediately.

“Is this about Cole? what did he say to you?” She asked.

“Nothing. We broke up” I told her.

“You what? but why? who broke things off?”

“I did” move away from her, she just stare at me like I was crazy or something.

“So the talk you went out to have with him was a break up speech? why would you break up with him? don’t you love him anymore? this is so confusing” Bella started pacing, well she and Blake does have that in common.

“How am I supposed to handle things? I couldn’t handle it, he was being so cold towards me” now that sound stupid.

“Is that really enough reason to? well it’s okay don’t cry”She begin to pet me again.

She broke up with me.

I should have gone after her, but I couldn’t.

“What happened to us not lying and betraying each other? what happened between the trust? you were dating my sister all this while and have the gut to look me in the eye all this while? what happen to the pat we made years ago? you want to date Ariella right? Fine go ahead and do just that! But the minute you do just forget about how friendship and ever knowing me!” Blake words re played back in my head.

I sighs, went into the car and drove off, I have just helped her mom deliver something, I was trying to avoid her, I couldn’t gather the courage to break things off, I guess it’s a good thing she did.

Then why does it hurt so much?

“Will you stop drooling at nothing and let go out for shopping?” Bella rolled her eyes.

“I’m not in the mood” I spluttered.

For the last two days, all I did was cry and I’d hope Cole would call or even text me, begging me to change my mind I was so wrong, not a single text or call for him, ouch my heart break so badly.

“At least come downstairs for breakfast or we should just crash into Jennifer’s party after all” Bella suggested, dragging me down the stairs.

“No we will not, not after what I told her plus I’m in no mood” I replied.

“Why are you helping her walk?” Blake said looking me up and down.

“Well Cole and I broke up so this is aftermath of break up, where you cry and curse yourself for ever loving someone for good twelve years but I’m okay…you were right” I shove him aside

“I don’t think I get what you’re trying to say” He looked confused.

“She broke up with Cole” Bella whispered to him.

Well was I expecting another reaction? well I don’t know I seems to read boys wrong, like I really su-ck s and I thought Cole loved me all along, I mean when someone run after you for twelve years you’d just give them what they want hoping they would leave you alone.

He did just that and I left him alone.

“So why didn’t I see you at my party yesterday? Cole was there and I thought you’d come as his guard dog as usual…what wrong? trouble in paradise?” Jennifer mocked.

“But there was never a paradise to begin with”Isabelle chided.

“Like seriously you’re a joke, you think a guy like Cole would take one look at you? Tsk tsk tsk” Jennifer said in a fake sweet voice making me wanna choked the words back into her.

Inside I was boiling with rage, anger hurt, but outside I just kept a calm face.

It’s ever my mistake for falling for him? today happens to be Monday meaning Cole would be here to coach the girls basketball team, I will do whatever I can to avoid going anywhere near him.

Sadly he’s still Blake’s best friend so it’s going to be [email protected] avoiding him, I will do it anyway.

“Miss Whitehall, your pres£nt is required at the principal’s office” Came the loud announcement speaker, I had bearly just sat down in [email protected], wondering what I have done I stood up to go.

“Ohhh who did you attack this time?” Isabelle shrieked at me.

I ignore her walking straight to Miss Molly’s face.

“You called for me” I tried not to roll my eyes as she gesture for me to take a seat. “I’m good” I told her.

“Well you know your detention isn’t complete yet”

“What? I mean I did everything you asked me to do, what could I possibly be missing out?” I asked, a little alarmed.

“Just consider it a favour okay? A junior girl injured herself earlier while playing basketball I need you to help me supervise them before their coach gets here, you can only leave once the say is over” She declared.

Is the universe trying to drive me crazy? why is this coming up only when I broke up with Cole and vow to stay away from him?

“Yes?” Miss Molly required when she saw I wasn’t moving.

“Noted” I grit out then match towards the basketball court.

I have no problem identifying the girl in question, a girl about fourteen, with brown short hair that bearly reached her back, green eyes and quiet pale skin, I didn’t know what to make of the features but she was pretty all the same.

“Show me where it hurt” I said, kneeling in front of her.

“Coach is helping me get the first aid kit” She move her leg out if my reach, a dreamy expression on her face, no doubt she wanted Cole to do it himself.

“I will just have a look” I told her trying to keep my temper in check.

“Tatiana?” Cole called, looking around I move away from the girl as soon as he approached us.

“What are you doing here?” He asked me.

“Principal Molly ask me to supervise, don’t ask me why cause I don’t know myself” damn! I try not to look at him as he started helping Tatiana with her leg, I move from one foot to another.

Did he miss me? does he even want me back? I doubt, he’s acting so natural while I’m shaking inside.

“Coach said you should help him with that?” Tatiana high voice jolted me back to pres£nt, Cole was staring at me I blush and quickly help him get the item.

Half an hour later the practice was already over, I had no option but to return to [email protected], I was almost crying by then, I’d remember when Cole and I would sneak around in between break making out and now he seems like he can’t bear looking at me.

“I think I will be going to that shopping with you after all” I told Bella during break.

“Oh really? You’re the best!” Bella dance bumping into a nearby girl.

We both apologize to the girl then Bella looked at me sadly.

“I still don’t know why my favorite couple broke up but no matter what you decide, I will support you”

“Geez how could I forget how exhausting it is to shop with you” I groan as we came out of yet another store.

“Stop complaining we’ve only been to right store, let’s just sit there and have good ice cream” She winked.

I followed her across the street, rolling my eyes. “I thought that was the twelfth store we went in” I pointed out as we both sat down after purchasing two cup of ice creams.

“And I thought you weren’t counting it” She return.

“How could I not? I was enjoying it but it get to a point I became so stress out and it’s became boring”

“That because you were thinking about Cole”

That was true, I can’t seems to get him out of my head, no matter how many times I tell myself to move on and forget about him.

“Do you plan on ever returning my jacket” Came the playful voice of Freddie, I blush remembering I hadn’t return his jacket.

“And who is this?” Bella ask, staring at the both of us and also drooling at Freddie, well that happens when your best friend is a big flirt.

“Nice meeting you i’m Bella” She answered, battling her eye lashes at him.

“So sorry about the jacket thing, but it isn’t here with me though”I told Freddie.

“C’m on! I was just kidding” Freddie laughed, causing me relax.

“Where’s mom” I asked, Blake as I walked into the house.

“Another shopping trip? do you girls have nothing better to do with money?” Blake glare at us.

“Last time I check, we didn’t spend your money” Bella shot back at him racing to my room, for a moment I thought Blake was going to go after her but he didn’t.

“She got a call from the cops so she went to the station. Jessica is here in case you wanna see her plus she doesn’t know anyone around here. But I don’t think Bella is a good influence on the girl” Blake told me.

I frown wondering who the hell Jessica is.

“Who is Jessica?” I finally asked.

It was then it’s hit me! Cole sister is finally home omg! I felt bad for getting her and not even for once asked Cole about how she is doing, well it doesn’t matter everything is over.

Jessica happens to be Cole adopted sister, she’s two years younger than me, due to some complications after having Cole, his mom couldn’t give birth again and the couple wanted Cole to have a sibling so they adopted Jessica, the traveled eights years back to live with Cole granny, the woman was lonely and wants Jessica to live with her.

I wonder how she look now.