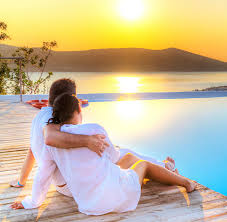 In Xan’s dim lighted room. It was morning on a Saturday already, another day light outside.

A phone buzzed loudly on the table making the two couples make a noticeable move under the colored blue duvet.

Xan yawned loudly and lazily raised his long arms to pick the phone on the table with his eyes still closed.

He turned on the phone screen letting the brightness flash through his adorable masculined face.

He saw that the caller was from Amy’s mom. He turned to look at Amy who was widely awake staring at up him.

” Your mom.” He said. She picked the phone from him and hit the decline bu-tton instantly.

” Let’s go see her today, xan.” She said, leaning her elbows and tummy flat on the bed.

Xan sat up halfway, his chest was still bareless and his se-xy v-lines filing above his pajamas.

He cleared his throat.

” I just think i should see her. I…i..can’t bare imagine how she feels about me now. She must be really sad.” She said and looked at him.

Xan ran his f!ng£rs into his rough hair as he stealed a glance at the curtains. Those face of hers, they were quite tempting.

As if he realised something, he squinted his eyes and turned to look at her. His expression slightly changing.

” Oh! Thank you, xan.” She said sitting up as she pulled his slender neck, hugging him tight.

Temporarily or not, she wanted to meet her mom and sort everything out.

Xan fl!pped her in his arms, like a bride and then he began to trip down the bed.

” Don’t worry. Let’s move to the kitchen and cook something” He said, smiling at her cheerily.

He got out of his room and used his legs to hit the door close from behind.

Xan walked into the kitchen only to find the whole place smoky.

He dropped Amy on her feet and held her wrist tightly. He looked around and met vixen wearing an apron has he battled through the meal he was cooking.

He was almost serious, wanting to burn down the house like a chef.

Xan, on the otherside, simply walked over to the cabinet and he took another apron to wear himself and his little Amy.

And then he cleared his throat, walking towards vixen.

” For how long will you cook in this suffocating room cus some good persons want to use the burner as well.”

Vixen turned to him and snarled.

” We are four in this house now. This place is getting too tight and incompatible, i guess you should go eat at a restaurant or something.” He said.

Xan jaw dropped as he stared at his brother in wonder. How could he even say such.

” What. You want me to go eat at a restaurant when i have a loaded kitchen?”

Vixen dropped his spoon and picked out some salt, pepper and onion and dropped it in his arms.

” Take. Go cook it somewhere else. I don’t mind, but this burner is busy till midnight” He said.

Xan heaved a tough sigh as he threw the trash into a distbin. He boldly went over to turn off the burner immediately.

” Get your stupid food and yourself out of my kitchen, Now!” Xan yelled.

” You can’t even cook up to my nice meals and you call it stupid. Your face is what looks like stupid!” Vixen yelled and turned back to on the burner.

Xan screeched and turned it off. Vixen su-ck ed in his breath angrily as he stared at him.

” Don’t try me old man!” He snarled and turned it on quickly. And then they went on like that.

Amy moved back in fear as the two brothers took turn, igniting and reversing the burner.

She got so scared that she had wanted to run for her dear life until she hit someone from behind her.

Shs looked around and saw that it was katrina who was just arriving into the kitchen.

She was putting on one of vixen’s shirt and her hair had grown wings and branches.

” What happening?. Why are we crowded with smoke?” She asked rubbing her eyes.

” We need to stop this brothers. They might explode this mansion anytime soon.” Amy said.

Katrina looked over to the brothers and saw that xan was trying to drag the pot off vixen arm.

” Vixen was cooking and xan also wants to use the burner. They don’t want to share!” Amy yelled bulging her eyes open.

” You mean, that no-s£nse xan is stopping vixen from using the burner?” She asked.

” Huh?” Amy jolted her neck in confusion. She thought katrina was supposed to by siding her.

” Mn!” Katrina mumed and strided towards them, causing Amy to trace her with her eyes.

She got into their midst, backing vixen.

” Is either you go through us or you walk through a wall, xan.” She said.

” Or you walk through me alone instead?” Amy said, coming to stand infront of xan as well.

Katrina bursted into an hilarious laugh as she covered her nose.

” Okay. Okay. You better stay aside before we crunch you to pieces.” She said and turned on the burner, placing the pot back ontop.

Amy turned around and looked at xan. She wrapped her arm around him as she tried to calm him down.

” Dear..Dear, Come let’s just wait until they are done cooking then we can have all the time in the world to use the burner, right?” She said and pulled him to the dinning.

Xan heaved a sigh as he took his seat. Amy also pulled out a chair and sat next to him.

” Hey..hey…i reserved that seat for myself.” Vixen said.

Amy stood up to leave but xan instantly pinned her down by her wrist and she quickly sat to look at him.

” Vixen.This is not an cinema to be reserving seat. There are more than five chairs in this place.” He said.

” Well i guess Amy should occupy those places instead and stop complaining.”

” You don’t order people around like this is your house. She has every right to sit where she wants”

” Like i said earlier, this place is too tight for us all to contain. It’s either we continue like this or some heads learn to follow simple orders” He yelled.

Xan stood up and pulled out the chair Amy was sitting on and kept it aside before giving back Amy a new one.

” That’s your reserved seat. Have fun chewing it with your partner.” He said and sat back on his chair.

Mrs qin got the text message that Amy and xan were on their way that morning.

She sat up in bed and couldn’t stop smiling as she read the message over and over again.

So after calling her for over a hundred times yesterday, the bastard..her daughter’ could still come over.

She had almost given up on their arrival, thinking the beast had held her daughter captive.

She kept her phone and head towards the kitchen to prepare some meals before they arrive.

Afterwards, the sumptuous meals were arranged on the dinner table in a family-like setting.

It was a red-block picnic blanket spread on the table, some veges and a fruit basket.

She spent her whole evening trying to make her family table setting a nice one.

A knock was heard at the door and she didn’t need to be told that xan and Amy were here already.

She quickly opened the food of Amy’s and inhaled the sharp odorless scent of her sweet meals.

She applied some other flavours inside and closed back the meal. A knock was sounded again and she kept the gloves.

” I’m coming!” She hastily ran towards the door and quickly pulled it open.

There she met Amy and xan by the door, both of them dressed in an ordinary attire that made them look like couple who were visiting.

Amy was wearing a brown color scarf around her neck with a thick leggings while xan wore a thick huge jacket along with a neck scarf as well.

Amy nervously came closer as her mom hugged her like she would mash her into a sardine.

” I’ve missed you so much!. I’ve missed hugging you like this.” She said even though she had never hugged her this much.

She picked her hands as a motherly smile crept on her wrinkled old face.

” I’m so glad to see you, my daughter. You came earlier than i even expected.” She said.

” I wanted to see you badly too, Mom. I’m sorry for ignoring your calls yesterday” Amy mumbled.

” Hhha. It’s okay.” She waved her hand playfully. ” I totally don’t deserve an apology from you, i should be the one saying it myself.” She said and turned to xan as well.

She rubbed his hair and made it flunk back on his eyes.

” My little inlaw. Thank you for bringing her home to me. You won’t describe how worried i felt for her.” She said and pat his chest playfully.

” I had made some sweet cocoa soup for you, Let’s eat something I’m sure you are hungry already.” She said.

Xan stopped her arm quickly, letting her turn to face him again.

” We only came for your blessings and her belongings. That’s all.” Xan said fiercely.

” Don’t worry. I..i just want to have a little talk with you guys and then, I’ll let her finally go with you.” She said.

She gave them their seat around the small table and everyone sat down, looking very silent and focused at their meals.

Mrs qin drank up some water as as she tried to speak first.

” Xan, Amy. I’m grateful to have you here right now. I really want to apologise for treating you both this way. I know I’ve done alot of bad and…i just realised that I’ve been an horrible mother.” She said and picked each of their hands.

” Where do i start from in apologising to you too.”she asked, looking so dearly at them.

” We didn’t hold any grudges against you mom. We totally accept that it was a misunderstanding and that’s why you acted that way.”

Xan remained silent all through, saying nothing and his face wasn’t bright.

” I knew you guys would understand me. Thank you so much, I’m more than grateful dear.” She said.

They all started to rack on their plate and a pin drop silence reined until their plate had all cleared.

While she helped Amy with her belongings, She placed her arm on her head and told her to be good.

She gave her some tips on how to be a upcoming wife and then Amy wrote it down in head.

They laughed and gisted until it time for her to go.

She made a little word of blessings before letting her go with xan.

Amy and xan had left mrs qin home and were heading towards a jewellery shop.

Since Mrs qin had given him free will towards Amy, Xan was going to suprise her today.

While on the road, Amy held her stomach in pain after feeling a sharp pain run down like a jet.

She squinted het face as she twirled and whirled inside the car.

Xan pulled the car to the side of the road before turning to stare at her.

” My baby. Ion jnow if It’s kicking so badly.” She yelled.

Xan held her body still and helped her to rub her her backs.

” No!” She yelled kicking her legs.

Xan looked down at her legs only to find the shock of his life.