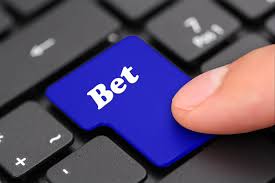 I and Aubrey went to cla-ss but immediately we got there, the students bursted into laughter.

“But to be sincere, her body is really great. I mean, those nip-ples were really pink and her p**sy was well shaved” a guy said and some of them started moa-ning.

Unable to take it anymore, I turned around and wanted to run out of the cla-ss in tears but Aubrey stopped me.

“You can do this. Don’t give the person that did this to you a reason to mock you. Show them you’re still that Khloe that isn’t threatened by anyone.

The pictures are not longer online so it’s going to die down soon, just be strong okay?”

Oh God! What did I ever do to deserve someone like Aubrey? I really don’t deserve her.

“Thanks Aubrey” I said and wiped my tears

“Fighting” I replied softly with a little smile

Aubrey held my hand and we both took our seats. The students were surprised and the mockery started dying down.

Wow! I’m glad I listened to Aubrey. Minutes later, the teacher came in and we began cla-sses.

This school is becoming something else. First it was Daniel’s nude, now it’s Khloe’s. Who knows who’s nude will be next?

But who could be behind this? I think I have to investigate. What if I’m the person’s next target?

“Hey man, you seem lost” Daniel said walking up to me

“Yeah! I mean, with the things happening in school, am I not supposed to be lost in thought?

We don’t know who is next. This crazy thing has to stop and that will only happen if we find the culprit but how are we supposed to do that when the pictures have been deleted?” I asked looking confused than ever

“Hmm! That’s going to be difficult. Maybe we should just forget about it. If it happens again, we will definitely catch the culprit” Daniel said

“Really? What if I’m the next person?”

“So? What about I and Khloe? Besides, which girl hasn’t seen your nude in this school?”

“Yeah, yeah. Whatever!” he said and left

I just hope I’m not the next.

After paying a huge amount of money to get Khloe’s nude, one stupid dimwit had the guts to delete it online and remove all the posters?

I’m going to find out who did it and I swear, if I find the person, I’m going to kill him or her without a second thought.

I was still fuming in anger when I saw Min Seok walking towards my direction.

I quickly put a small smile on my face so he won’t suspect a thing.

“Why were you fuming in anger?” he asked me suspiciously. Looks like he already saw my face before I smiled

“I’m just angry with someone but since you’re here, I’m fine” I said showing him my dentition.

“Okay, I will just pretend to believe you” he said making me roll my eyes “did you hear about what happened to Khloe” he continued

“Are you talking about the display of her nude on net?” I asked like I didn’t know that’s what he’s talking about.

“Yes, I’m talking about that” he said staring keenly at me

I know he wants to see my reaction so I have to be careful with my words.

“Yeah, I heard about it and I kind of pity her but thinking about what she did to me is making me confused. I don’t know if I’m to pity her or mock her.

But posting her nude is too much. No matter how much I hate her, I will never post her nude pictures on net” I said soberly trying to sound convincing.

“Okay. I’ll be leaving now” he turned around and left before I could even say a thing while I released a de-eper breath I didn’t know I was holding.

I hope he believes me. Of course he would! I sounded convincing enough.

School closed for the day and I headed straight home after I and Natalie consoled Khloe for a while.

I need to find out who posted Khloe’s nude pictures online.

“Welcome home Aubrey. I’m sorry about what happened to your friend” Samantha said

“It’s okay. But you weren’t the one that did it right?”

“Of course not! Why would I do that?” she asked making me roll my eyes

“Remember Daniel’s own or have you forgotten so quick?”

“I only did that because he tried ra-ping my best friend. Are you still mad at me?” she asked sadly

“No Sam. You said why would you do that and I’m trying to remind you that you’ve done something similar.

“Okay. Go freshen up while I ask them” Sam said and left

I think Min Ju is behind the posting of Khloe’s nude because I see no reason why she should be fuming in anger.

The sad thing is that I can’t find out who did it because the pictures have been deleted, I’m sure Khloe must be feeling really bad now.

I didn’t even get to talk to she, Aubrey and Natalie today because of what happened.

I just hope Khloe is fine. She doesn’t deserve this. The little time I’ve spent with her portrays she’s a good person so I see no reason why anyone would do something like that to her.

The good thing is that the picture has been deleted everywhere, I’m happy for Khloe.

I went to meet Aubrey’s guards to ask them if they knew who leaked Khloe’s nude and fortunately for me, they knew exactly who did it.

“So what’s the person’s name?” I asked them curiously

“It’s Kim Min Ju” one of them answered

Isn’t that the transfer student Aubrey told me about?

I thanked them and went back to Aubrey’s room

“Really? I never knew she could stoop so low” Aubrey said

“Yeah. I guess you can never know what a jealous person is capable of doing”

This girl is crazy.

The plane finally landed in South Korea and I couldn’t help but breath in Korea’s air.

This place is really beautiful, I wish I was born here. No wonder why Koreans have beautiful and sp-otless skin.

I mean, who wouldn’t have a great skin in this kind of beautiful atmosphere?

I took my luggage and looked around for a cab. Luckily for me, I found one and he needed just one more pa-ss£nger.

“Good day mister. Please, can you drive me to the nearest hotel?”

“Sure! But I have to drop this people off first.” he said apologetically

He kept my luggage in the car and I got in also. After he dropped the pa-ss£ngers, he drove me to a hotel like he promised to.

The hotel was beautiful, not too big though but it had a nice view.

I hope I enjoy my stay here.

The first thing I need to do now is s£nd evidences to someone that Min Ju is behind Khloe’s leaked nude pictures.

I don’t know what Min Ju has in store for me but I’m going to make sure I enjoy the little time I have left and exp-ose her through someone.

The detective I asked to carry out a background check on Jae in called me last night. He said he has s£nt the necessary things about him that I need to know to my mail but I was too tired last night so I guess I will check it when I come back from school.

I walked to the bus stop, took a cab and headed to school.

“How are you doing today, Khloe?” I walked up to her and asked her when I sighted her.

“I guess i feel better than yesterday. The mockery from the students has reduced and I’m sure the topic will die down before next week.” she said with a small smile

“Alright. Don’t think about it okay? You’re a fighter and you will surely scale through” I a-ssured her

“Thanks Aubrey” she said and pulled me into a hug

“Errm errm!! What am I missing here?” we heard Natalie’s voice behind us

“A lot of things” Khloe said with an eye roll

“Whatever. Let’s go to cla-ss”

“What did you say?” Natalie asked her with a [email protected] glare

I’ve got cute but crazy friends.

I’m not taking this plan seriously. I should have been done with Aubrey now so we can move to another bet.

I will make sure I move on to the next level today unfailingly.

School closed for the day and I consider this the perfect time to talk to Aubrey.

I walked up to her before she could get into the car with Khloe and Natalie.

“Aubrey please I have something to discuss with you. Pardon my manners! Good afternoon”

“Afternoon. Whatever you have to say can wait till tomorrow, I’m leaving with my friends” she said and turned around to leave but I stopped her

“Are you upset with me?”

“No. Why would I be upset? I just want to go home”

“Please…..” I pleaded with my cute puppy face that walks on every lady

“Khloe, Natalie, I’m sorry guys but we won’t be going home together. Liam wants to discuss with me” she said apologetically to Khloe and Natalie.

“It’s okay” Natalie responded but Khloe just drove off without a word.

“You’re welcome but please don’t take much of my time, I have to be home early”

I just have to play my cards well.

“So what do you want us to talk about Liam?” Aubrey asked when she noticed I wasn’t saying anything

“Errm…. I… I really don’t know how to say it” I stuttered nervously

“Ohh Liam! You deserve an award for being a perfect artist” my subconscious said but somehow, I feel like what I’m about to confess to her is real and not because of the bet.

Come off it Liam! Go ahead with your plan and win the bet as always

“Uhhm…. The thing is, I like you Aubrey and I want you to be my girlfriend” I said trying my best to avoid her gaze but when I didn’t hear from her, I took that as a cue to look at her.

She was staring blankly at me with an unreadable expression. Why is she looking at me like that?

“Aubrey” I called snapping her out of her thoughts

“Sorry, can you please repeat what you said?”

“You mean you didn’t hear a word I said?” I asked with a small frown

“Sadly, yes! But I’m sorry, I will listen carefully now”

“Okay. I said I like you” I said staring at her face this time

“Ahh…. Yeah! I mean, I like you too and that’s why we’re friends” she said nervously

“Aubrey, you know what I’m talking about. I mean I don’t like you as a friend, I love you” I explained

“You.. love me?” she stuttered

“But how come? I mean, we just recently became friends so how can you love me?” she asked not believing me

“Do you feel the same way for me?” I asked hopefully

“I don’t have an answer to that now”

“O.. Kay. Should I give you time to think about my request of being my girlfriend?”

“Yes, I need time but I’m not promising to give you a positive answer so don’t get your hopes high”

“Alright. But if eventually you turn me down, is it going to affect our friendship?”

“Okay. Thanks for your time. Let me drop you off” I offered

“Okay then. See you tomorrow. Bye”

“Bye” she said and left

Hmm! It wasn’t that bad. She’s falling into my trap already so it’s only a matter of time before I get to drill her.