my diary my secret 2 finale 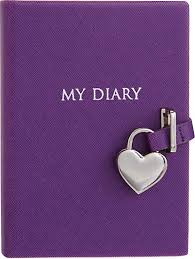 💋…DELIA…💋
Your memory is never gonna kill me because you mean the world to me. Am sorry for not understanding and trusting you when I saw you and Joyce,am sorry. Am the one at fault here and am begging you to please forgive me. I said crying

I don’t hold any grudge against you because if i hadn’t listen to Joyce about giving Jayden abit freedom what happened that day with Jayden wouldn’t have happened and it wouldn’t have lead to you telling me wanna leave and i wouldn’t have gotten drunk and you wouldn’t have caught Joyce and i in that provocative position so am the one at fault,am so sorry… I love you Delia. Ralph said

Where went you Kenny? Anna asked as he came in.

I just went to threaten Julian abit,she shouldn’t mess with me next time. Am so happy you’re okay Delia. I was so scared of losing you that’s why I went to Julian. Kenny said

She did a good job though because if it weren’t for her, Delia wouldn’t have gotten her memory back. Ellen said smiling

💋… GENERAL…💋
Kenneth and Anna got married nineteen years ago and a year after their marriage they had a daughter named Shirley… Shirley followed the footsteps of her father in terms of career, Shirley is a musician.

Delia and Ralph had another child eighteen years ago and her name is Marilyn… Marilyn don’t concentrate on anything other than becoming a business tycoon just like her father,at her age she’s the one handling Ralph’s companies still knowing she haven’t finished school yet.

Vera and Verrick had no other child apart from Vanessa and Nick, Vanessa is an engineer and she’s the oldest among all,she’s planning on getting married soon while her brother Nick is a medical personnel just like his father.

Ellen and Roger had no other child apart from Diana,they spoilt and showered her with so much love that she became every guy’s dream girl. Jayden and Nick are in a love triangle with Diana but the question here is who does she love.

Shirley has been so busy with her career that she didn’t notice the person who has been dying for her secretly… you all will be shocked to know who that someone is,that someone is Rosalyn’s son named Jed.

Rosalyn’s father isn’t her father but Ralph’s, Rosalyn was adopted by Ralph’s dad Mr Rex. Mr Rex didn’t actually leave Lucia but he was told to travel to America for a business contract all for him to go there and his marriage have been arranged already with a woman named Rose.. Rex’s relationship with Lucia was a secret because Lucia was strictly told by her father not to have a boyfriend,was it that Rex wasn’t wealthy enough to be in a relationship with Lucia?
The answer is no… Rex came out from wealth too but Mr Waddell was scared so his daughter won’t be heartbroken someday. This was what he always says to his daughter…” Wealth and money can never fix your broken heart.”

Who’s Rose? Rose is Joyce’s mother and she was the only one who knew Lucia and Rex was in a relationship but still she went ahead to betray her friend,she lied to Rex’s family that she came from a wealthy family but when they did a check on her family background and found out she lied,they broke the engagement.

Rex love Lucia so much that he never got married till date… Along the way of his life he saw this little innocent girl on the streets begging so he took her to his house then adopted her and that girl is Rosalyn.. Rosalyn was an orphan before Rex saw her.. Lucia and Rex are married now, Ralph now knows his father..

💋… JAYDEN….💋
Nick whatever happens today we’re still best friends, please we shouldn’t allow the decision Diana takes today affect our friendship. Am sick and tired of fighting for a girl who snobs and don’t even look at my face that’s why I want us to end it. I said

You’re right Jayden. Am tired too,i just want her to choose between the two of us. Either she chooses you or me or nobody. Whatever she says i promise it won’t ruin our friendship. Nick said and Diana walked to us.

Diana,you’ve been playing with our feelings this whole time just go ahead and tell us which of us is gonna be your boyfriend,if you don’t give us a reply today i promise you I will never border you again. I said seriously

It’s so difficult to choose between the two of you,i don’t wanna be the cause of you two been miffed at each other. Diana said

Just go ahead and say it. Nick said losing patience

Am sorry Nick but i love Jay. Diana said sobbing..

Am so sorry Nick,never in this world did i expect her to tell us this. I said surprised and Nick hu-gged me.

It’s ok bro… you won and like i promised,it’s OK with me. I will leave you two together now.. Have fun. He said jovially and left.

Diana you had feelings for me all this while and you pretended like i meant nothing to you. I said [email protected]

I just did that so i get all your attention.. You made me really feel special.. I’ve always love you since we were little. Diana said smiling as she blushed red and i ki-ssed her [email protected]

I love you Diana. I said smiling

I love you Jayden Waddell or should I say Jayden Rex? She asked smiling

Which ever one suits you best. I said smiling as i hu-gged her …

💋…JED…💋
I saw Shirley coming out from a shopping mall so i ran after her.

Shirley wait for me. I shouted and she stopped walking so i ran to her.

Hi Jed how are you?i haven’t seen you for awhile now. She said

Am fine and yes,i travelled to Beijing for a concert. Shirley i want to tell you something. I said nervously and she gave me a curious stare.

Wow,i never knew you’re this handsome.. I have been pretty busy that i don’t even know how my friend looks.. okay go ahead,am all ears. she said smiling

Emmm… Shirley I’ve been longing to tell you this and it’s been bordering me before i lose you,i better share my feelings with you. I love you Shirley the feelings have been there since we were little… I said nervously and she ki-ssed me.

Nobody saw that,am i being cheap… I don’t wanna ruin my reputation with this… Just kidding I’ve always had a crush on you since from high school. she said smiling

I love you alot Shirley. i said and gave her a [email protected] ki-ss…

Thank you for reading MY DIARY MY SECRET till the end without hesitation… Stay tuned for the next story..