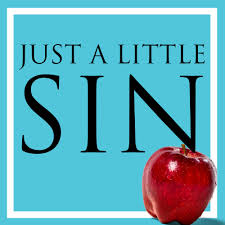 I made up my mind I wasn’t going to go home that day as I try to look for a place to hide
Juru was dumbfounded as he watched
Oni asking for my house address, he called out to her but she totally ignored his existence.
She did not see me as she walked [email protected] with her bag placed securely on her head, like a new bride.

As she walked [email protected], I quietly came out of my hiding place.
“Hey Tomasi, what on earth did you do to her because this is beyond ordinary. I was with her few days ago and there was no problem at all. She even spend the night at my place and we were alright only for me to drive down to see her and she began cursing and insulting me. Before I came down here, very early today, I went to reconcile with lots of gifts for her, thinking that I offended her unknowingly but she poured a bucket of water on me that cold morning while singing a love chant for you. It was quiet confusing initially but it’s becoming clear now, Tomasi you gave her a love portion right? You may try to deny it but the truth is obvious…”

I laughed out sarcastically before saying
“Love portion? Does it exist because I know nothing about that. I only have to speak to her convincely and she became all mine. My actions and words does the magic for me. You think you’re a charmer and every lady you want you get but I hate to break it to you, you’re nothing Juru. You’re just a fool full of himself. I told you I will have her, you said not in this Life, well I hate to break it to you that it has happened not only in this life but right under your nose. You asked me to go to the dead and date Dunfi, you boast like a peaco-ck, even after Dunfi’s death no remorsefulness at all, this is just the beginning for you. You took Dunfi, I’m taking Oni. Is a draw match, I’m actually wining because as you can see, Oni can no longer live without me, she traveled all the way down looking for me.. I’m going to enjoy her and you can’t do nothing. Indeed you underestimated me. You don’t know what I’m capable Juru…”

I started walking away
“If all this was normal why were you hiding from her? Why running to hide…?you started this Tomasi, I will see it to the end. I bet you, you will cry when I’m ready for my revenge…”

I shouted back while laughing

“I went hiding because is wrong for the bride to see the groom outside the alter while walking down the aisle. I’m going to see my bride and will unveil her like it should. Sorry, you aren’t invited to the occasion. There’s a free burial ground close to Dunfi’s own, if you can’t live to see me and Oni, then go and and pick a spot close to Dunfi. As for the threats, you can’t do nothing Juru. If you try anything I will top it with a bigger strike..”

He was saying something which I can’t hear as I walked away.
I can’t go home due to fear, I decided to go to Larry’s place.
I narrated everything to Larry, he told me Mudi was with his daddy and since the deed is done there is nothing Mudi can do until the required time she was supposed to be inlove expires.

Just then I saw my sister Molly coming to look for me.
“Mama said i should come and fetch you, you have a visitor. She’s a pretty lady and said she has come to live with you because you’re the love of her life. She refused going anywhere untill she sees you. Mama insist that you come with me or she will come by herself…”

I decided to follow Molly, even Larry followed us.

Immediately we got to my house, Oni rushed to me, singing her love chant.
My mother asked me what was going on, I told her that I don’t know. I don’t know why the lady refuses to leave me alone, I had to lie, anything that will convince my mother.
I told her that back in school, I never paid any attention to her and after we left school she kept disturbing me and has found her way down to my house. I have nothing to do with her

My mother asked me if I got her in with a child, if she was pregnant for me which could be the reason she came all the way looking for me.

I screamed a loud “No” and even Larry, my best pal joined in.
My mother tried talking to her but all Oni kept saying was how much she loves and want to live with me, she was not making any s£nse at all.
Oni refuses to leave even when my mother volunteer to take her back to her place
I refused to sleep in my house that night or a nights before then

My mother found out that Oni was the only child of her late mother, Oni lives with her father and step mother who does not really care much about her or whatever she does with her life.
My mother said she will have to live with us for the main time until she is ready to go back home, since Oni is head bent on staying and refused to go anywhere.
The father and step mother did not care much about her whereabout.

I refused when my mother told me all this, i insisted that Oni has to go back to her house. Mama asked me to go and convince her by myself so that she can leave because she has tried everything she can think off.
I knew it won’t work but I decided to try, using all kinds of love languages that i can think off, I try talking to her yet it didn’t work.

I started sneaking out of the house to go and stay with Larry every night.
A week later, I saw Molly and Oni coming to Look for me at Larry’s place.

“She have being crying that she wants to see you. She haven’t set eyes on you since yesterday and said is either she see you or die. She threaten to kill herself Tom..” Molly said

Oni ran to me, holding me very ti-ght and not ready to let go
I was very angry with Molly for bringing her over to my hiding place.

“You shouldn’t have brought her here Molly, I’m trying to hide from her and you know this and still brought her to my hiding place, I’m very disappointed in you. I expected a better act, definitely not this..” I said to Molly angrily.

I love my sisters and knew that before Molly will bring Oni over it means the situation has gone beyond them.

Molly apologized, I later told her not to worry that it was not her fault.

It was actually my fault but my family doesn’t have to know that.
Only Larry and Mudi knows about what was going on.
This whole thing is too much, is making me run away from my house and scared of going home.
If I knew it will come to this I wouldn’t have dare did what I did.

I went back home with Oni, on getting home I heard my father was asking of me.
He built his house separately from ours and that’s where he stays with his young last wife who gave birth to one daughter for him.

He ha-rdly call or ask of me except when somebody reports me to him.
I guess my case has gotten to his ears and he wants to start bashing and shouting at me, telling me if I choose to be useless in life is none of his business, he doesn’t care, he has other children that will make him proud.

That’s what he said the last time and several other times.

He asked about Oni and everything he heard.
I told him the same thing I told mama.
Oni who refused to leave me alone was there acting as usual.
if I sit down Oni sits, if I kneel down she kneels too, if I stand, run, jump and even frown or laugh she does the same.
When I pick my my nose she picks her own nose.
It appears that as the day advances she was getting de-eper into me.

My father called me a liar after I narrated everything to him, he looked at Oni and said I did something to her.
He asked me what exactly I did to her, I refused to say.
He said he was going to take me by himself to Mudi’s father to check if whatever is wrong with Oni is ordinary.

He can’t go to Mudi’s father. Mudi and Larry will be in a serious trouble because of me if his father finds out.
This whole thing was begining to get out of hand. I don’t know how to escape this whole thing I got myself into.