diary of the watterson finale 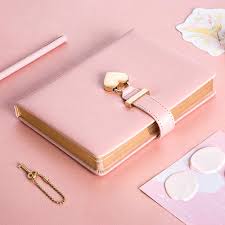 “Lucy!!” Scarlett exclaimed when Lucy got down the plane with Ivan.

“Scar!?” Lucy ran to Scarlett and they hu-gged tightly..

“How’s the baby doing?” Scarlett rubbed her tummy which was slightly big.

“Raymond told me you two got engaged… Congrats!!” Lucy said.

“Thanks best! We shifted it so that we can get married same day as my sister” Scarlett said.

“Stephanie got engaged too?! Wow!!”

Ivan and Raymond watched them talk. Raymond turned to Ivan.

Ivan turned to him.

“I’m sorry for doubting you. I actually thought you were the masked man” Raymond said.

They entered Raymond’s car and he drove off…

Skye and Ursula laughed really loud as they told each other jokes..

“You you’re cràzy!” Ursula said and rested her head on Skye’s shoulder

“Thanks for taking me out… Was feeling kinda bored at home” Ursula said.

“Its nothing,, I love spending time with you” Skye smiled.

Ursula looked at him…

“Is that a compliment?” She smirked.

She bought two ice cream cones and came back, handing one to Skye.

“Thanks” Skye muttered and ate his own.

Ursula sat down next to him and ate hers happily. She didn’t know she smeared some on her l!ps. Skye noticed it and so, brought his hand up to wipe it.

The moment his thumb made contact with her l!ps, Ursula froze. She began staring at him, lost in his eyes..

His gaze went back to her l!ps and he lost it,,, again.

He cupped her cheek and connected their l!ps together. Ursula’s eyes widened but she slowly closed it.

Her ice cream cone dropped to the floor and she grabbed his shirt, ki-ssing him back.

They kept feasting on each other’s l!p, not giving a damn of the [email protected] staring at them.

Sophia frowned and snuggled more with Ash’s chest. They were both in his room, watching TV..

“Is this more important than me?” Sophia said.

“Of course not!” Ash replied with his eyes glued on the TV screen.

“Then change it…” Sophia chirped.

Sophia stood and straddled him..

“Change it” She hit his chest childishly..

“I can’t longer see the screen” Ash said struggling to look but she was blocking the vision.

“Let’s watch some kdrama…” Sophia whined, moving on him..

“Hey! Hey! Stop doing that… Do you know on what you’re sitting?” Ash said.

Sophia smirked and moved again. Ash [email protected] and grabbed her by the waist, switching position..

“You’re quite stubborn. Do you know the amount of self control I’m exercising right now?” Ash smirked, pinning Sophia’s both arms on the bed.

She just stuck out her tongue…

“I can f*ck you right here and right now and nobody will know” Ash said.

“But you can’t… You promised my mom you won’t” Sophia said.

Ash smiled and turned. The wrestling match was even over..

“Good job… You succeeded in distracting me” He said.

“So what should we do now?” Sophia asked.

“Like you don’t know” Ash said and claimed her l!ps…

Few seconds later, Ethan walked in the kitchen. She blew some air on the spoon and fed him with the spoon

Ethan made some faces before smiling and nodding, giving her a thumbs up.

She turned of the [email protected] cooker…

“In few days we’ll be going on a semester break… I and Angelo were planning we go on a vacation during that period” Ethan said and hu-gged her waist.

“Sounds great! Where are we heading to?” Phoebe asked.

“It will be on you girls to decide” Ethan replied.

Ethan smirked naughtily. He lifted her up by the hips..

“Let’s go and share some body heat” He said

“nau-ghty boy…” Phoebe laughed as he carried her to his room.

“This is life…” Angelo said, laying down on his bed.

“No more Scarlett or Stephanie to bug me” He said to himself..

“And no more Monica…” He said sadly..

Today makes it one month that Monica is not longer among them… How time flies.

He was still thinking about it when Melody barged into his room.

“Babe!!” Melody fell on him happily.

“The results are out and… I [email protected], 3rd position!!” Melody said and hu-gged him tightly.

Angelo smiled and hu-gged her too.

“Thanks… And you took 1st position as usual, don’t know how you manage to be this brilliant. I’m so lucky to have a boyfriend like you” Melody smiled.

“I’m the lucky one here… You’re too cute to resist.” Angelo said and pecked her l!ps

“That means in three months well be in 2nd year… A new challenge for us” Melody muttered.

“Yeah.. What if a new girl comes to school and she falls for me then tries by all possible means to se-duce me what will you do?” Angelo said.

“Then our school should get ready to see me everyday in suspension” Melody said.

Angelo laughed and hu-gged her.

“I love you and only you” Angelo muttered.

Melody looked at him and smiled then ki-ssed him.

Julia placed the bouquet of flower she bought for Monica. She sighed sadly as she stared at her grave.. Fun and beautiful memories they shared came resurfacing in her.

She first visited Jayce’s grave before coming to Monica’s grave. Even though it turned out badly, Jayce is still a son to her.

Arnold stood behind her with his head low.

They both turned to see it was Jackson who also came with his own bouquet.

“Jack…” Julia smiled and made space for him.

He crouched down next to her and also placed his bouquet on her grave. He stared at her grave with a straight face.

“Son, I know you loved my daughter with all your heart and soul but you’re still young and have a very long life to live. Try and move on okay” Julia said, rubbing his back.

Jackson looked at where for a while.

Julia sighed and pulled him in for a hu-g.

Melody came in their room, looking as gorgeous as ever. She was putting on a pink long gown which ha-rd a long slit and she had her hair up in bun plus makeup on her face..

“Omg!!” She exclaimed when she was Scarlett and Stephanie.

Both of them were looking breathtakingly beautiful in their white long gown. Someone can mistake them for fallen angels.

“Thanks Mel.. You look stunning too” Stephanie replied as they did her makeup.

“The ceremony will start in 30 minutes from now” Lucy said, dressed just like Melody. Well they were the bridesmaids.

Once the makeup artists were done with theur makeup, they got out of the house. Reporters and photographers were waiting outside for them…

They waved and blew ki-sses at the camera before entering the car which will take them. The car drove off and Melody and Lucy followed behind with the other car.

At the wedding hall Raymond and Nathan stood, both looking nervous. Angelo and Ivan patted their back.

Yeah! They were the best men…

“You got it” Nathan said to himself.

“Oh and as a reminder, if you two make my sisters cry… I’ll become a mafia just to hunt you down” Angelo said and wink before leaving.

Arnold was standing by the entrance, waiting for them. He smiled he saw his two beautiful daughters..

“My pearls” He said and hu-gged them both..

“Words can’t express how proud and happy I am right now” He muttered.

He stood in their middle and they hu-gged each of his arms as they gracefully walked down the aisle while the music was being played in the background.

All through, Raymond couldn’t get his eyes off Scarlett.. Same as Nathan to Stephanie. They both looked so unreal.

Julia smiled proudly from where she was.

Arnold reached where the men were standing and handed them their brides..

“I promise” The chorused.

Arnold nodded and went to sit next to Julia. Melody settled down next to Angelo.

“You too hunny” Melody smiled

They held hands and faced front..

Tara was busy looking at the couple when she felt someone sit next to her. She turned to see a handsome young man. She could bet he was around her age range.

“Mind keeping me company during the wedding ceremony? I’m Dave by the way” He said.

Raymond interlocked hands with Scarlett and placed a ki-ss on it. She blushed making her look more beautiful.

They all faced the alter and the ceremony began..

“And now with the power vested upon me, I declare you husband and wife… You may now ki-ss the brides” He said.

Raymond faced Scarlett and pulled off her veil. He cupped her cheek and without wasting time, he pressed his l!ps on hers in the most sweetest way.

“Ours will be more R0m-ntic, I promise” Angelo whispered to her.

She smiled and pecked his l!ps before she resumed clapping..

Once the ceremony were over, they moved to the party hall. Various videos and photos were taken of them and the guest.

“Cheers!” The other chorused.

Raymond drank from Scarlett’s cup as she drank from hers while Stephanie and Nathan were busy sharing their cake.

Nathan couldn’t help himself in ki-ssing her…

“Words can’t express how happy and fulfilled I feel right now. Can’t just wait to welcome our baby to this world” Raymond said.

“I trust you’ll be the best dad in the world” Scarlett smiled.

“Thanks for coming into my life” Raymond rubbed her cheek..

Someone cleared his throat behind them, making them break the ki-ss.

“Sorry to bother you.. Can I get a pic of the twins? They’re my role model” One of the guests said.

“Sure!” Scarlett smiled and stood. Same as Stephanie.

They both held each others waist and smiled widely as the guest took pictures.

“For life!” Stephanie hu-gged her tightly..

They smiled widely as they hu-gged each other…

Awn… So DIARY OF THE WATTERSON has ended like that? Will you missed this book…

How is the book? A success? Or nah…

Any words for me?😘

Oya ghost readers, you guys must leave a comment too oo😜