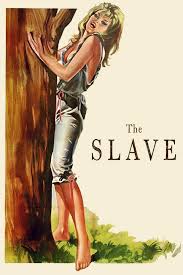 After Akira fell unconscious and was carried out by the guards, I was overwhelmed with great guilt…

What was I thinking!! Why did I even trust Maya in the first place. What if she just used me and then dumps me at the end?

I have no say, and I can do nothing about it. Now Akira would be dead because of me!

“Mei you are a backstabbing b**ch.” I said to myself in tears. The door flung open and Vanna rushed in pa-nting.

“Hey where is Akira? I heard she fell unconscious. I should have been around but I was summoned by Princess Hana, she is awake already.” She rapped trying to catch her breath.

“It’s all my fault.” I mumbled and Immediately she was calm.

“What are you talking about?” She asked looking at me suspiciously.

“I caused it, and now she would be dead because of me.” I said bursting into more tears.

“I am here.” I heard Akira reply from behind us. Immediately I smiled and ran to her to hu-g her but she stopped me.

“Don’t you dare act like you care Mei.” She said within gritted teeth and I felt like a knife was thr-ust into my heart.

“Akira I am sorry.” I said but she ignored me and looked at Vanna who was still very much confused.

“Are you okay?” Vanna asked and she shook her head.

“No! The king just comforted me, yelled at me and I also got killed by him because of Mei and her selfishness! No I am not okay!” She yelled in tears shocking both of us.

“Okay, calm down Akira.” Vanna said as she [email protected] her. Akira hu-gged her back and began to weep on her shoulders.

I stood afar because I didn’t want her getting vexed again. I deserve it for been so stupid.

“Now can you explain to me what happened with the King?” Vanna asked as she led her to her bed and made her seat.

She couldn’t stop crying so Vanna got her water and kept petting her until she became calm. All this while I stared at her thinking of what to say or do to make her forgive me.

“Okay can you explain now please? I don’t want to ask Mei because the rage would keep growing if she keeps talking about it.” Vanna said and Akira nodded ignoring my face totally.

“I was called into Prince Arjun’s Chamber to talk about what happened to his sister. I came out and walked to the room to see her pacing.”

“I asked her what was wrong and then she began to tell me that she had betrayed me. She took pictures of me entering the Prince’s chamber Vanna.” She said looking at me and Vanna’s eyes widened.

“What? It’s an ABOMINATION to be seen going into the Prince’s chamber alone.” Vanna said and she nodded.

“She knew it’s an ABOMINATION and that’s why she took it, and do you know the most painful and annoying part?” She asked Vanna and she shook her head.

“She took those pictures for Princess Maya, because of some stupid deal for freedom.” She spat looking at me.

“I swear I am sorry, I didn’t know what came over me.” I stated sadly.

“Yeah, and if I were dead, you would have realized what came over you after you get out of this palace.” Akira responded.

I had never seen her this angry in my entire life, I knew I hurt her badly.

“It was. I was called on by the king after Maya arrived with the pictures. Because of the shock I fell unconscious, they poured water on me and he then began to bomberd me with questions. To cut the heart breaking and disappointing story short, Prince Arjun came to the rescue, just like he has always done.” She said laying on the bed.

“Wow. But Mei, why did you trust Maya in the first place? She isn’t to be trusted.” Vanna said and I nodded.

“I know I shouldn’t and that’s why I am regretting all I did. You can be so vexed with me all you want, but I am de-eply sorry and I would do anything to make amends.” I said to Akira.

“You would do anything?” She asked and I nodded.

“Then get out.” She said to my surprise.

I got to my father’s kingdom feeling so ashamed of myself. I had [email protected] about bringing Akira’s head to Katika. Now I am the one getting banned from the city.

But I don’t give up, so I won’t give up. If I can’t have Arjun, then no one can. She would regret this!

All of them would regret this!

“Sister?” I heard Katika call as I walked to the chamber. I turned to look at her and she noticed I was sad.

“It went wrong.” She said sadly walking to me and I began to sob. She hu-gged me petting me.

“They all stood against me, they turned me to a lier. Arjun called me crazy in front of his father.” I said admist tears and she brushed my hair.

“I am so sorry I wasn’t there to defend you, I was busy with Mom. But you don’t have to worry we would go back their and reveal the whole truth.” She said and I dis£ngaged.

“I can’t go back their! I am banned from the kingdom. If I am seen, then I am dead and father won’t do anything about it because it’s the rule.” I said. At first she looked shocked, but later she smiled.

“So are you giving up?” She asked and I shook my head.

“Of course not! I don’t give up! I never give up.” I said and she shook her head with a wicked grin on her face.

“Then trust me Maya. They would never make you cry and get away with it. They would pay, and as from this moment, leave everything to me. I gat your back little sister.” She reas-sured me and I hu-gged her happily.

“Thank you so much Katika. You are a true sister.” I said and she nodded against my shoulders.

“Don’t waste your time here Arjun. Trust me I won’t use this against you and your lover if i don’t want to. But I nee-d it as a leverage.” He replied after pleading with him for over an hour.

“Fine. Do as you please.” I said in frustration walking out of his chamber. I told for long that I was dehydrated.

I walked to my Chamber, all my [email protected] cells active busy thinking of a way to stop Niran from doing anything stupid, but I got no ideas.

I got to my chamber and drank a lot of water before sitting in front of my drawer, where I always kept my diary.

I brought it out, and began to write.

These past few days as been so wonderful and bad at the same time. I ki-ssed and almot made out with Akira. Isn’t that great. I was so sad when Father had to interrupt, not only sad but scared too.

Though everything was un-der control until someone from nowhere took pictures of us and s£nt it to that b**ch Maya. Thank God I was able to help Akira get out of the mess with Father.

She broke up with me even before we started dating. I knew this couldn’t work, we both knew but weren’t ready to get let go.

But now, I think it’s best to let go. I wouldn’t forgive myself if anything happened to her.

That would be all diary, I am too tired to write details.

I shut the book and walked to my bed laying down. I shut my eyes and I began to replay the time I had with Akira before father came to interrupt.

It was the best moment of my entire life. Seeing her so hot and shy in front of me was another ha-rd on for me.

“It’s a pity all that is gone now.” I mumbled opening my eyes and the next thing I heard was a knock on my door.

“What do you want?” I asked angrily without even knowing who it was.

“My Prince, Princess Hana is awake and wants to see you.” I heard one of the maids say and my mood was brightened.

“I will be there now.” I said jumping to my feet and walking towards the door. I opened the door and ran down the hallway to Hana’s chamber.

Immediately I got there and walked in, I saw her and father chatting. They seemed to get along easily.

As soon as she saw me, she smiled and I returned the smile too walking toward her.

“I am so happy you are awake.” I said with tears of joy threatening to fall off my eyes.

“And I am happy to see you.” She replied and we both smiled looking at each other.

“I would leave you two now.” Father said and we nodded. He walked out of the chamber only the both of us.

“Hana, you didn’t have to put your life at risk.” I said sitting next to her and holding her hand.

“Where is Aaron? How is he?” She asked and I smiled cleaning my teary face.

“He is fine, and I must say he is a very [email protected] man. Father actually s£nt him to the dark room.” I stated and her eyes widened.

“What? Why?” She asked trying to get up but then I stopped her.

“Don’t worry, he is out now. I convinced father to rele-ase him saying you did it because you want a cordial relationship with him.” I said and she nodded sighing in relieve.

“And Akira? What did I miss?” She asked smiling weakly and I bowed my head feeling hurt.

“She broke up with me.” I said with a fake smile on my face.

“What? Why would she do that?” She asked in shock.

“We ki-ssed and almost made out, and then in the process father knocked on the door and we both almost died of hypertension.” I said and her eyes widened again.

“How did you save her?” She asked and I smiled.

“I did what I could do best. I lied and hid her in the bathroom. After father left, she said she couldn’t continue any longer because she is too scared.” I said and she held my hand.

“You can’t blame her Arjun. It’s risky.” She said and I nodded.

“I know and I don’t blame her, but I feel hurt. It was like a part of me was gone.” I said sadly bowing my head.

“You don’t want her to go because you care about her right?” She asked and I nodded.

“If I want to keep her safe, I have to stay away from her, but i don’t think I want that. I am selfish when it comes to her.” I replied and she smiled.

“Then don’t stay away from her, and don’t put her in danger.” She said and I furrowed my brows.

“How is that possible? We have enemies everywhere.” I stated.

“I know. But you can also get rid of these enemies too.” She said and I gave a more confused look.

“How? Where are you driving at Hana?” I asked narrowing my gaze.

“Run away with her Arjun.” She said and I was dumbstruck.