the CEO is her bodyguard episode 16

palace September 29, 2022 The CEO is her bodyguard 0 Comments 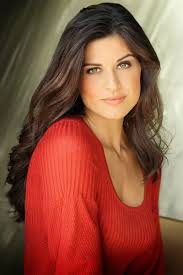 THE CEO IS HER BODYGUARD

Leon was in his private jet. He had lots on his mind. It’s been three years since he last visited home. Back then his family never agreed to his relationship with Rosemary. He loved her so much that he chooses her over his family wealth. Leon was really stubborn and a ha-rd but yo crack. After he left his family he started a new business which was a big success between a year. His grandfather later handed him the J corps guards industry….since then he runs too business. After his grandfather [email protected] away Leon became close to his grandmother.

The past memory filled his head. Thinking about it made him dark and gloomy. Leon hated being with his family…. being back home….back to that house he left for good…back to that family he left for good…..
He sigh and took a de-ep breath as his jet landed on the rooftop of the Mavis mansion.
Leon was not happy…..anger was flashing on his face as his cold look throw dagger to everyone’s heart.
He entered the house.

“Little brother” Anthony the elderest and the current president of the country called out to Leon.
“I thought you won’t come” Nathaniel his second elder brother said.
“Good evening Mr and Mrs Mavis…..Mr President and Mr J President…, am too tired to join in your little cheap chat….I’ll go shower and rest” he said about to leave as his mother grab his sleeve.
“Let me tell the maids to do that son….and oh your room was how you left it” she said
“You don’t have to do that. Am not lazy …am a human too…..I can do thing on my own….I have two hands and legs like others” he said and drag his sleeve away from her. The words Leon just said was the same she said years ago to Leon. She felt pains in her heart as she watch him leave.

After shower Leon went downstairs to grab a cup.of water when he saw Grandma.
“Old lady….you made it here!” he said but granny look around and frown.
“You didn’t come with her?” she asked.
“Who?’
“Gem” she said
“Oh…..not yet” he said.
“Poor child…you’ve really suffered enough Leon …..but now it’s time to let go of the past and move on…. youve already end things with Rose….but why do you still hate you family so much…Leon….come back home” she said.
“I can’t…..no…..I won’t” he said and the old lady was really surprised.
“Why?”
“Nothing…..am not comfortable here….I hate it here” he said and granny start coughing. “Gran you okay?, here some water” Leon said and handed some water which she drank.
“Son…this old lady is not growing any younger…..each day draw me to my grave….my last wish is to see you happy…. again with your family…..the boy who would cling unto his mother…..
always enjoys his father’s back……tease and love his brothers……. please…. can’t you grant me my last wish?” she said and Leon was in daze and granny walk away.

Leon sat on the dinning table

I kept looking at my phone hoping he’ll call.
“@sshhhh…..Gem what’s wrong with you…..he won’t call….. useless husband… couldn’t even call your wife that you’ve arrived…..put guards everywhere…I can’t even escape……am just a prisoner……. aaaaahhhhhh am going crazy…….Leon….. you’re a pervert…..I hate you….from your head to your legs…..no…..not your head….you have a handsome head but the rest of you body is crab….your cheap muscles and dry apps……” the maids heard me cursing they ran in.
“Miss are you okay?”
“No…am not okay….am stuck in here but Leon perv……..” my phone suddenly ring…it was Leon
..I quickly pick the call.

“HELLO!!!, ehmmm sorry” I said after yelling.
“Oh…. seeing you picking my calls so quickly…do you miss me already?” he teased.
“Get lost…I don’t even know you’re gone …I wish you don’t come back” I said
“And am here missing my kitten” he said
“Stop it am not your kitten” I yelled.
“I really want to hu-g you right now” he said.
“Go away, I’ll end the call” I said
“Don’t you dare!!!” he yelled.
“Let’s see… goodbye….”
“Ok… please… please don’t end the call….I really miss you and I nee-d someone to talk to and relax myself” he said.
“Pervert…” I cursed.

We talk and talked for God knows how long.
“Leon am sleepy….can I end the call now?” I asked and yawned lazily.
“No….I want to hear your soft breathing when you sleep” he said.
“Goodnight Leonard!” I said
“Who is Leonard??” he asked
“You of course… isn’t the full name Leonard and not Leon?” I asked
“..y…yes…yes it is” he lied. “Kitten….. kitten…are you there…..” he paused as he heard a soft breath….she’s sleeping already….she was be tired. “Goodnight my love…..I love you” he said in the phone but didn’t end the call.

Early the next morning Kelvin and Rose were up.
“Sister I have to tell you….I’d help with whatever involved Gem….I’ll keep her away but don’t involve me with Leon….if he love you or not that doesn’t concern me”
“Don’t worry Kelvin I know he loves me too….he still love me dearly……it’s just two years…and everything I did was for him. So he’ll be back Thursday huh?” she said and Kelvin nodded.
“I have a plan……make sure you set a video in my house before Thursday.,…..I want to s£nd a video cl!p of me and Leonel ki-ss [email protected]” Rose smirk….

THE CEO IS HER BODYGUARD

I woke up the next morning, I took my phone and behold the call was still on.
“Huh?….did he forget to end the call?” I said about to end the call when I heard from the other line.
“Kitten…. you’re awake?” Leon asked.
“Leon?…., did you forget to end the call?” I asked
“Silly….I didn’t”
“It’s 10 hours 45 minutes call!!, do….do you know how much you’ve just exhausted…..like my whole salary…..are you crazy!!!” I yelled.
I heard him laugh at the phone and said “I just miss you too much…..when I get back I’ll tell you something”
“When will you be back?” I asked
“I won’t tell you….am going to surprise you…..” he said
“Buy something for me when you’re coming back…” I said
“What would my rare Gem want….you know I can give you the world” he said and I laughed saying
“Dream on Leon…..you’re not Leonel Mavis…..only him have the power to do so” I said
“This Leonel Mavis….you seem to have a crush on him” Leon said.
“Don’t be jealous okay?, even though I don’t know him in person…..his mysterious and keep a low profile….but hearing his name makes me you know……I think am crazy but I’ve been in love with a guy I don’t even know……all I know is that he’s from a rich family and he’s handsome……”
“Do you still love him?” he asked his voice calm.
“I don’t know either…..ever since I met you…. everything changed and left me confused” I said
“Don’t worry baby when am back you won’t be confused anymore……” he said
“Am hungry Leon…..” I yawned
“You want me to come and feed myself to you…..it’s not too bad….I can satisfy your hunger…..if you’re hungry for me” he teased
“fv¢k you!!” I yelled
“Yes you can fv¢k me when am back….but my size is really big can you fit it???” he said and my face turn red……I looked in between my legs…..’can I fit in?…..no…no Gem….don’t fall for him’
“Go away am ending the call!!” I quickly end the call before he drives me crazy.

Leon had a large smile on his face.
“Haven’t seen you smile like that in a long time” grandmother said and Leon turn around only to see his family staring at him. “I told you she’s your perfect match”.
“Leon you found a new girl?” Mr President asked
“None of your business” Leon said as his face darkened again
“Leo we just want to meet her” his mother said.
“Why?, so you can tell her you don’t like her and wants her to leave me like Rose?”
“Leon stop comparing that girl with a slut!!!” his grandmother yelled. “Remember about Christmas….I’d love to meet her”.

Rosemary stayed in her room all day and purposely refuse to eat and her stomach began to hurt….she pick up her phone knowing Leon must have arrived by now and called him.

When Leon saw the caller he hasitate before he picked the call.
“Rose I told you……..”
“Ahh….help please….oh Leon it’s you….am dying….in pains….ahhh” she yelled and the call end. Leon was worried he do still care for her….after all she’s his first love.
“Turn the call around…..” he said to the driver.

I heard a knock on the door, I didn’t bother to go check the guards does everything and I was been spoilt with laziness.
“Gem….!” he called….
“Oh Kelvin hi” I said smiling.
“You’re a good person but I can’t let you get hurt and fooled by my so called best friend anymore….”
“What do you mean?” my smile disappeared as he played a voice recorder for me
“Do you love her?” it was Kelvin voice.
“No….why should I love her….I only pity her….we are using her get what we want….when am done playing with her I’ll trash her away….” it was Leon’s voice.
“But she loves you” Kelvin said again
“Gem is a fool….her sister is into me too….she kind of hot….can’t wait to you know” they both burst into laugher. I was crying…. shaking…..
“No….I can’t believe this…..I’ve been fooled by fake voice note before…..and”
“His fiancee is his real lover…..did he tell you he travelled…..?, well that’s a big lie……he’s in my cousins house who is his fiancee Rose…..here” he handed me a video….it was Leon walking into her house, entered her house pin and entered.
“It’s on live stream….this is happening right now” he said and Leon quickly ran up to Rose…..and help her up. She rested her head on his chest…..Leon gave her pills and even put the cup of water in her mouth.
She raise her head up and ki-ssed Leon….”Leonel Mavis…..i love you” she said and I didn’t believe my hears. Kelvin end the video.
“There is alot you don’t know about Leon….who is Leonel Mavis of the J guards corp….he was using you……now his fiancee is back….I can’t let you ruin everything…. please miss Gem leave!” he said pointing at the door..