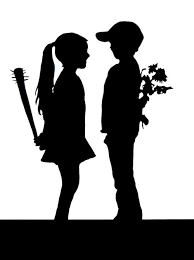 AFFUL
(coldly)
Don’t act dumb with me, man! It’s on your mind. I know you’re
thinking about it. The dude’s in your face. He took your wife
and knocked her up. He humiliated you, dawg. Now everybody
knows your di-ck ain’t got impregnating skills. Now the guy is
right there with you, sick, in your damn hospital. You’re a
Doctor, and you know how to kill a human being with a drug,
so that nobody would know. Go ahead. Do him. Kill him. He’s
worthless anyway. With him dead you can have Effe back.

STEVE
(licking his l!ps)
You’re talking murder, bro. You want me to murder a human!

AFFUL
Come off that crap. I don’t want you to murder shit! YOU WANT
TO MURDER HIM! From the moment you saw him in your
goddamn hospital you wanted to kill him. You just nee-d the
right words from me to settle your conscience. You want Effe,
and the solution is right there with you. Kill him. Kill the taxi
driver! You know you want to do it, so do it, right now! Kill him.

Steve is silent for a long while. Suddenly there is sweat all over
his face, and he is trembling.

STEVE
I don’t know, bro. Not like I don’t want him dead. I do. But I
wonder if I can live with it, you know. Taking a human life ain’t
easy, you know.

STEVE
(breathing ha-rd)
I’ll get back to you, bro. Thanks anyway.

He cuts the call and quickly leaves the Ward.
He gets into the lift and rides up to the Executive Floors, and
enter his office.
He goes straight to a hu-ge and beautiful vault in one corner,
and quickly works the complex combination.
He pulls the heavy metal door open, and stands looking at the
contents.
There are files, stacks of money, a pistol, and some valuable
jewellery.
On the top shelf, however, are vials, capsules, tablets and
other rare medicines.
He reaches for the back of the shelf and takes out a white
packet, and on it are the words: STRATOCIDAL COKATIS.
He closes the vault and carries the packet to his desk.
He sits down slowly, and sweat starts to pour off his face.
He licks his l!ps and shuts his eyes tightly. His jaw works,
grinding tightly.
Suddenly he leans forward and opens the packet. He takes out
a single ampoule and a syringe.
He breaks the neck of the ampoule, extracts the syringe, dips it
in, and fills the syringe with the deadly liquid.
He puts the packet and the covers of the syringe and the empty
ampoule into a brown envelope and puts it into his pocket, and
then he holds the syringe in his hand and leaves the office.
He rides to the tenth floor and enters Ward 5.
The nurse is watching television in the Nurses’ Lounge.
Steve knows that the security cameras are on him, and so he
walks boldly without trying to disguise himself.
After all he is the Chief Executive Officer of Eden Hospital.
He approaches the bed swiftly.
Chris’ eyes are open, and he looks at Steve with sudden
surprise.
Without hesitating Steve holds Chris’ arm.
Chris struggles feebly because he is so weak, and then Steve
plunges the syringe into his arm and depresses the plunger,
pumping the deadly Stratocidal Cokatis into him.
Chris’ eyes blaze furiously at Steve.
Steve steps back and looks at Chris, and then he smiles and
speaks gently.

STEVE
Listen, pal. I didn’t mean to do this to you. Truth is that I called
Effe, and spoke to her about it. You came between two people
who love each other. Listen, Effe found out she’s pregnant, and
that baby is mine. She feels that your pres£nce would
inconvenience us, so she suggested I get rid of you by injecting
you with one of the most lethal injections ever known, because
she loves me, and she doesn’t want you meddling in our lives.
So, in thirty-six hours you will be dead. Don’t worry, it
wouldn’t be painful. After you’re gone, Effe and I can enjoy our
marriage. Goodbye, Chris. No ha-rd feelings, bro.

Chris is lying helplessly on the bed, but he has heard
everything.
The pain and the torture that Effe is pregnant for Steve, and
now wants him dead, are too much for Chris.
Tears squeeze down his eyes.

Effe, Effe, Effe!
Oh Effe! How can you do this to me??
Chris closes his eyes slowly!
Everything is growing dark for him, and he is very helpless.
And then, darkness covers him, and he doesn’t feel anything
again.
Death is knocking at his door!
Steve puts the syringe in his pocket, and then he quickly leaves
the ward.
He rides the lifts down, picks his car, and drives out of the
hospital.
He stops once, when he is well clear of the hospital, and
vomits on the street pavement.
He knows he has committed murder.
He has just killed Chris Bawa!!!