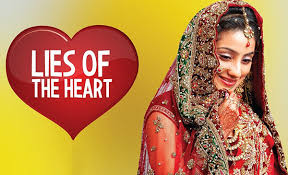 Chapter★12★
Ruby sat down on the chair waiting for Aaron when he entered, he was in his thoughts when Ruby tapped him.

“Hey, what do you want?” Aaron asked and smirked.

“I’m sorry… what are you thinking?” Ruby said, gazing at him.

“What I am thinking is none of your business… leave me” Aaron said.

“Do you think that I care…get lost” Ruby said and scoffed.

“Wait, I am hungry… get me something to eat” Aaron said as he sat down.

“The maid can do that” Ruby said and glared at him.

She was about to climb the stairs when he held her hand.

“What is it?” Ruby asked with a frown.

“So you don’t want to prepare me what to eat, that means you can cook” Aaron said and walked away.

“What? Fine… what do you want to eat?” Ruby asked with a frown.

“Okay” Ruby scoffed, then she entered the kitchen.

Aaron sat down on the chair, he turned on the television.

Few minutes later, he was watching a movie when his phone rang.

“How are you doing? I hope all is well” Mrs Lillian said.

“Okay… how is Ruby, give the phone to her” Mrs Lillian said.

“Mom, she is cooking” Aaron said.

“What? Why would she cook when there are maids” Mrs Lillian said.

“Mom, she was the one that said she wants to cook for me” Aaron lied.

“Wow, that’s so sweet of her” Mrs Lillian said.

“I want to hang up now… I will call you later” Mrs Lillian said and hung up.

Aaron.was about to stand up when Ruby ran out of the kitchen.

“Wait… I think you burn the pancakes* Aaron said then she nodded her head slowly.

“I know you can’t cook because your mom told me… get lost” Aaron said and pushed her away.

“Aaron” Ruby called and followed him.

“Didn’t I try… I try my best to cook for you” Ruby said and glared at him.

“Excuse me, you cook for who? I nee-d to rest please” Aaron said and laid down on the bed.

“I don’t care, if you don’t eat or not” Ruby said and left the room.

Rico was in his room, playing games on his phone when Bianca entered, she climbed up on the bed.

“Babe” Bianca called with a smile.

Rico didn’t hear then she tapped him.

“You have been playing games on your phone since, you don’t even care about me” Bianca said, gazing at him.

“Huh, not yet babe” Rico said.

Rico narrated everything to her.

“Oh, that means Aaron wants her to pay for [email protected] him publicly” Bianca said then Rico nodded.

“I nee-d to teach him a lesson… he should stop that” Bianca said with a frown.

“Really, let them be… as time goes on they will fall in love with themselves” Rico said.

Bianca was about to say something when Rico’s phone rang then he picked up.

“Hello, Dylan” Rico said as he placed it on his ear.

“Hey guy, are you going to club tonight?” Dylan asked,then Rico took a glance at Bianca.

Rico dropped on the bed.

“I love you more” Bianca said and was about to ki-ss him when Rico’s phone rang again.

“Who is it again?” Rico said and picked up.

“Good… we are coming to America tomorrow” Mr George said.

“Huh, when did you start planning that?” Rico said.

“Don’t ask me, call you later… I have some things to do” Mr George said and hung up.

“What is it, babe” Bianca asked, gazing at him.

“Mom and dad are moving back here tomorrow” Rico said.

“Are you happy with it?” Rico asked, gazing at her.

At night, Mrs Ava was in her room working when Hazel entered.

“Hi Mom” Hazel said as she sat down on her bed.

“Why did you miss her when you met her in school?” Mrs Ava said.

“I feel lonely at home” Hazel said, gazing at her.

“Don’t worry, as time goes on you will get used to it” Mrs Ava said.

“Mom, can I ask you a question?” Hazel said, gazing at her.

“Are you the one that gave birth to us? Mom, you don’t care about our happiness,you only care about yours… I miss dad so much” Hazel said.

“No, mom… you nee-d to answer my question” Hazel shouted.

“Hazel, don’t get me angry… go to your room” Mrs Ava said.

“Fine, I will” Hazel said and left.

“I am doing all this because of you guys” Mrs Ava thought.

When Hazel got to her room, she laid down on the bed. She brought Ruby’s picture, she stared at it.

“I miss you, sis” Hazel thought.

She got down from her bed then she brought out her diary.

Few minutes later, when she was done writing in her diary, she slept.

At school, Ruby was going to the [email protected] with Aaron when they bumped into Wyatt and Lizzy.

“Sorry” Aaron said as he raised his head.

He was surprised to see Wyatt standing in front of him.

“Wyatt, it’s you… how have you been?” Aaron said with a smirk.

He was about to walk away when Aaron held his hand.

“Where did you think you were going? Is this your new girlfriend” Aaron said.

“What is your business with who she is to me?” Wyatt said angrily.

“She is your new girlfriend… that’s good” Aaron said.

“Hey, stop it” Wyatt said and was about to hit him when Lizzy held his hand.

“That jerk, I nee-d to teach him some lesson… he took everything away from me” Wyatt said and hit his leg on the wall.

“Really, I am saying what is hurting me, you are telling me to go to the [email protected]…leave me alone bitch” Wyatt said and yanked her hand away.

“Where are you going, Wyatt?” Lizzy asked.

“Where I am going it’s none of your business so leave me alone… I hate you all” Wyatt said, walking away.

Lizzy was about to follow him when he turned back, his eyes had changed to red.

“If you dare follow me, I am gonna kill you” Wyatt said, angrily.

“Oh shit, that witch caused everything” Lizzy said and angrily.

“Is someone angry?” Emma said, walking towards where she is.

“I think Emma loves Aaron, why don’t I use her for the game… Ruby, you are dead. Get ready, the game just begun” Lizzy thought and smiled.

“Hey, are you ignoring me?” Emma asked.

“Emma, we shouldn’t waste our precious time on this bitch, let’s go” Zoey said then Emma glared at her.

“Bitch, I am talking to you” Emma said with a frown.

“Oh, are you talking to me… I am sorry” Lizzy said with a smirk.

Lizzy moved close to her

“Do you want another lady to snatch Aaron away from you? Wait… what am I even saying, she has already snatched him away from you… babe, try to think. A girl has snatched the only guy you love” Lizzy whispered.

“Shut the trash… Aaron is mine and he is mine. He doesn’t love Ruby so stop gibberish” Emma said, angrily.

“I think she is right, Emma” Zoey said.

“Keep quiet” Emma said and glared at her.

“Babe, I hope all is well… what’s wrong, you look sad” Olivia said, gazing at Ruby.

“What are you girls gisting about?” Eliana asked, as she sat down beside them.

“Babe, don’t think about him… forget about him” Eliana said with a smirk.

“I don’t want you to think much” Olivia said.

“She should forget about Wyatt, he is mine… if she doesn’t stay away from Wyatt, I will teach her some lesson” Eliana thought.

“Hey, babe… we have been calling you since” Olivia said, gazing at her.

“Sorry,guys” Eliana said and looked away.

Ruby was about to say something when Bianca showed up.

“Babe” Olivia called with a smile.

“Sorry, girls” Bianca said, as she sat down beside Ruby.

“So, what did I miss out on?” Bianca asked, gazing at them.

“Nothing, much… we are gisting about some stuff” Olivia said.

“Why should I? She is our friend” Eliana said with a roll.

“I know you don’t love Aaron and I also know Aaron doesn’t love you but as time goes on you guys will fall in love with yourself” Bianca said.

“No way… can you please leave me alone, I want to be alone” Ruby said as she stood up.

She left the [email protected]

She went to the school garden when she got there, she met Wyatt sitting on the bench alone. She was about to walk away when Wyatt called her.

He walked towards where she was standing, she touched her hair.

“Babe, I miss you” Wyatt said.

“Wyatt… we shouldn’t be standing here together… anyone can…see us” Ruby stammered.

“Nobody can see us” Wyatt said, gazing at her.

They didn’t know someone was watching them, so the person took a picture of them and s£nt it to Aaron.

“Ruby, I miss you so much” Wyatt said and hu-gged her.

Ruby was about to say something when someone hit Wyatt, the person turned out to be Aaron.

“Aaron, stop it” Ruby said, holding him but Aaron yanked her hand away then he hit Wyatt again.

🗣️”Aaron and Wyatt are fighting” A girl shouted then all the student ran out.

“You bitch… we are married and you are still hu-gging him” Aaron said, angrily.

🗣️”Why are they fighting?” A guy said.

🗣️”I think they are fighting over” A girl said.

Aaron was about to hit Wyatt again when his friends showed up.

“Aaron, you will pay for this” Wyatt said and spitted out blood.

“Leave me alone, I nee-d to teach him some lesson” Wyatt said, trying to free himself from them.

Aaron got angry and pushed his friends away then he hit Wyatt.

“Aaron, you gonna pay for this” Wyatt said and [email protected] out.

She was about to go and touch him when Aaron held her hand.

“Leave me alone, you are the one that caused everything” Ruby shouted.

“Keep quiet” Aaron said and dragged her out of the garden.

“What’s going on here” someone said then it turned out to be the teacher.

The students pointed their hands at Wyatt who was laying on the floor.

“Who did this? One of you should help me with him, we nee-d to take him to the school hospital” The teacher said then they carried Wyatt.