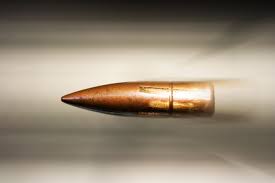 GHOST READERS WOULD Be IMMEDIATELY ERADICATED 👈

Immediately it was closing. Angela and her friends left the [email protected], Angela and Princess were having a conversation when Poppy showed up.

“I only want to say good bye before leaving” Poppy said.

Poppy waved her hand and left.

“Babe, do you think we should trust that girl” Princess said, gazing at her.

“I think she is nice” Lydia said and Princess rolled.

“Don’t tell me you are trusting her already” Princess scoffed and left.

“Why is she jealous? The girl is nice” Angela said as they walked towards where their car was parked.

Angela was about to enter the car when someone shouted her name, it turned out to be Brody.

“I think Angela is hiding something away from me” Lydia thought and smiled.

“Let me drive you girls home” Brody said and Angela gave him the car key.

“What’s going on between the two?” Bryan thought.

“Bryan, drive the car alone” Brody said as he entered the car.

“You guys should be alone… I will go with Bryan” Lydia said and bit her l!ps.

Brody drove off of the school compound.

On the way Brody kept on stealing a glance from Angela.

An hour later, they got to a Mansion and Angela got down from the car, same with Lydia.

“Thanks babe” Angela said with a smile.

“Babe, you are missing something” Brody said and pointed at his cheek.

He got down from the car and gave Angela the car key. Angela tip toe and ki-ssed Brody.

“You guys should remember that we are here” Lydia rolled.

“Bye, babe” Brody said and wave his hand then he entered the car.

Bryan wink at Lydia and also entered the car then he drove off.

“Sissy, I think you are hiding something away from me” Lydia smiled.

“And what is that?” Angela pretended as if she didn’t know what she was talking about.

When they got inside, the maid greeted them and Angela waved at them.

“Angela, stop pretending and tell me how it happened” Lydia said, facing her.

“Do you want me to tell you?” Angela asked.

“Okay” Angela said and narrated everything to her.

“Whoa… so you have a feeling for him” Lydia said and Angela nodded.

“Why are you hiding it?” Lydia asked, gazing at her.

“I thought he was a weak guy, I didn’t know he can fight… I thought he and Teresa were dating, whenever I saw him my heart beat faster” Angela smiled.

Angela frowned at her.

“I think I should call Giselle and tell her” Lydia smiled and picked her phone then she dialed Giselle’s number.

At night, Mr Cole and his guards got to the uncompleted building, he glanced around but he didn’t see Adrian there, he was about to call him when Adrian showed up.

“Cole, I hope you are still standing on the deal” Adrian asked.

“The deal is a deal” Mr Cole said and Adrian nodded.

Adrian gave Ryder an eye signal to give Cole the mask he would be putting on.

“Are you ready for tonight’s job?” Adrian said and Mr Cole nodded.

“Don’t forget that my share is 50 percent” Adrian said and Mr Cole nodded.

“When we got to the front of the Mansion, Ryder, you and Shooter will jump in through the fence, Mr Cole, two of your guards will also jump in, then you will be the one to knock on the gate so that the gatekeeper can open the gate. I will also go in with you but I will stay in the back seat of the car, I will alert the guards when I get in” Adrian said, gazing at Cole.

“Okay, that’s good… Adrian, you are so smart” Mr Cole said and he nodded.

“Are you guys ready?” Adrian asked, facing the guards.

“Let’s go” Adrian said and entered his car, same with Mr Cole then they drove off.

Brody laid on the bed when he got to his room with Bryan. He undressed his clothes and entered the toilet to take a shower when he was done, he left the toilet. He entered the room with a towel wrapped on his waist, he put on Pajamas and lay down on the bed. He took his phone and called Angela.

“Young master, are you not going to eat” Bryan said and Brody glared at him.

“I will go and have dinner very soon “ Brody said.

“Okay… how is everyone?” Angela asked.

“In the training room… practicing the move you taught me” Angela said and he smiled.

“That’s nice, keep practicing… I know you can do it” Brody said.

“Are you smiling?” Brody asked.

“Babe, I missed you” Brody smiled.

“You are missing already… we would meet tomorrow at school” Angela said.

“Is something wrong?” Angela asked.

“No” Brody said and shook his head.

An hour later Brody was still speaking with Angela when they heard a sudden gunshot.

“Babe, I will speak with you later” Brody said and hung up then he faced Bryan.

Bryan went outside to check, he was shocked when he saw Mr Cole pointing a gun at Mr Ayden, he ran inside back.

“What happened?” Brody asked but Bryan didn’t utter a word.

Brody immediately rushed towards the door but Bryan dived and held him back.

“Bryan, tell me what is happening?” Brody asked.

“Check the room to search for his son” Mr Cole shouted.

“Brody let’s go” Bryan said and held his hand but he yanked it away.

Bryan held his hands again. Through the crack Brody check was happening downstairs, he was awestruck at the scene unable to think coherently. Brody saw his parents laying in the pull of their own blood.

Tears streamed down his face and he wiped it away immediately.

“Brody, let’s go” Bryan said and they jumped out through the window.

Angela was worried when he called Brody’s number and he didn’t pick up. She was lost in her thought that she didn’t even notice when Lydia entered.

“Hey sis” Lydia called but she didn’t hear so she tapped her.

“Oh, you scared me” Angela said.

“What’s wrong? Did something happened” Lydia asked, gazing at her.

“I think something is wrong with Brody” Angela said as she walked out of the room.

“Babe, what happened?” Lydia asked and followed her.

“I nee-d to go somewhere” Angela said and was about to leave when Lydia held hand.

“Where are you going? It’s late, Angela” Lydia said.

“My boyfriend is in danger and you want me to sit inside” Angela yelled.

“Babe, calm down and think… do you even know where he is living” Lydia asked and she was speechless.

“What should I do? Tell me what to do… Lydia, nothing must happen Brody” Angela said and sat down on floor.

“Babe, he will be fine” Lydia said.

“I don’t think so… he just confess his feelings to me and this happened, I think I am the cause of everything… why is everything happening to me” Angela said and tears streamed down her face.

“Angela, stop saying that” Lydia said and hu-gged her then she patted his back.

Lydia was still hu-gging her when the doorbell rang, they dis£ngaged, Angela open the door.

Brody was only staring at her then he hu-gged her.

“Come in” Lydia said then they entered.

“What happened?” Lydia asked as she faced Bryan.

“I don’t know where to start from” Bryan said.

“I’m scared… Tell us what happened” Angela said, gazing at her.

“Master and his wife were murdered” Bryan blurted out.

“Babe, I am an orphan… my parents were murdered and I don’t even know who killed them cause they were putting on mask” Brody bursted into tears.

Angela wiped his tears away.

“It’s okay, babe” Angela said and patted his back.

“Let me get you something to drink” Lydia said and was about to stand up when Bryan dragged her back.

“Babe, it’s okay please… I will make sure I find the person who kill your parents and killed him or her” Angela said and wiped his tears away.

“Yeah, babe… I must avenge my parents death” Brody said and wiped his tears away then he stood up.

“Where are you going?” Angela asked.

“Babe, I wanna train this night, I will make sure I kill the murder” Brody said.

“Okay, let’s go” Angela said then they went to the training room together.

Brody was surprised to see so many systems, guns, mission clothes, training hood and a bike.

“Let’s practice together” Angela said and Brody shook his head.

“How can i sleep when my boyfriend is not happy… we must avenge your parents death together” Angela said.

Brody moved closer to her and he held her hand then he ki-ssed her hair.

“Angela, thank you for being there for me” Brody said and pecked her.

He took a gun and imagine that he is pointing the gun at his parents murder.

Angela took a chair and sat down on it, she stared at him.

A minutes later when he was done with it, he glanced at Angela.

“Oh, she is asleep” Brody said and walked towards her.

He carried her in a bridal style and took her to the room, he lay her down on the bed. He was about to leave when Angela held his hand.

“She is dreaming” Brody said and held her hand then he stared at her.

“Bryan, did you see the person who murder Brody’s mother” Lydia asked.

“Who is Mr Cole?” Lydia asked, gazing at him.

“There were two but who was the second guy with a mask,” Bryan thought.

“Bryan”Lydia called, drifting him out of his thoughts.

“What is it?” Bryan asked, facing her.

“I’m feeling sleepy… will you sleep in my room or you will sleep on the couch” Lydia said.

The next day, Angela yawned as she opened her eyes, she turned to her side and couldn’t find Brody. She got down, she was about to leave the room, when she heard the running water in the bathroom. She exhales and lays down on the bed.

Angela was lost in her thoughts when Brody came out. He tapped her and sat down with her.

“Don’t be sad… you know if you are not happy, I am not also happy” Angela said and pulled him in a hu-g.

Brody smiled a little and ki-ssed her hair.

“Babe, I wanna take my bath” Angela said and was about to stand up when Brody dragged her back.

“Let’s stay this way for a while” Brody said

Angela didn’t complete her statement when Brody put a f!ng£r on her l!ps.

An hour later, Brody told Angela to go and take a bath when she was done taking her bath, she dressed up then they left the room together. When they got to the sitting room they met Lydia and Bryan having a conversation, immediately Bryan saw Brody, he stood up and walked toward him.

“Brody, how are you doing now?” Bryan asked, gazing at him.

“I’m good” Brody said as he sat down.

“Yes” Lydia said with a nod.

“He doesn’t eat… he eats when he is done training” [email protected] said.

“Don’t worry… I will eat before training” Brody said and Bryan glanced at him.

They all went to eat.