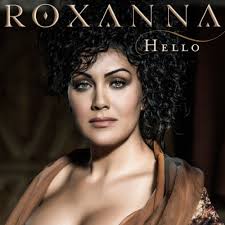 Ronald parked the car in front of a house. Suzy looked at Ronald and he had a look of fear in them.

“What if they hate me because of my father?” He asked.

She held his hand.

He exhaled [email protected] and nodded before exiting the car. Suzy alighted shorted…

Have you visited PIZARENA today?

They walked up to the gate and the guard let them in since they alre-ady knew who she was. They were also surprised to see the exact replica of Rulian with her….

She walked up to the door and knocked.

The opened revea-ling Rulian. He smiled as he saw Suzy.

He leaned forward and k!$$£d her as his hands rested on her [email protected]!st.

“What a surprise” He said.

“Um I actually [email protected]£ with someone” Suzy said…

Suzy looked back at Ronald and he walked up to them.

Rulian froze as he saw his exact replica…

Tears welled up in Ronald eyes as he saw Rulian.

Tears glistened in Rulian’s eyes too as he re-leased Suzy facing Ronald.

They broke the hvg and smiled at each other.

“Thank you, this is the best gift ever” Rulian said in her ears…

They broke the hvg and face Ronald. They hvgged each other again.

Rebecca woke up as she heard some noise downstairs. She went downstairs…

Ronald turned to her and stood on his sp©t.

“Yeah why that face? It’s late you have to sleep” She said thinking that it was Rulian.

Rulian walked in with Suzy and she looked at them confused

She looked at the two of them not knowing who is who. But she noticed that Rulian has green eyes while the one standing in front of him has brown eyes.

Ronald smiled as tears [email protected]£ out of his eyes….

“Mum, it’s me Ronald” He said with a smile on his.

Rebecca froze as he stared at his face. Tears gathered in her eyes as she slowly raised her hand to ca-ress his cheek.

Ronald nodded and held her hand then k!$$£d it.

She quic-kly hvgged him as tears flowed down her eyes…For 21 years she has been dreaming of holding him in her hands and wish finally [email protected]£ throu-gh, he family is finally complete.

They broke the hvg and Ronald wiped off her tears before k!ss!ngher forehead…

“Finally I have a mum and a brother” Ronald said.

They settled down on the couch and Ronald told them all what happened. How he killed his father but he excluded the [email protected] that he’s working as a secret agent…

“It’s okay mum. The most important is that we are together” Ronald said…

They chatted for sometimes till it was time for Suzy and Ronald to go back home.

They broke the k!ssand Rulian tugged her hair behind her ear. She walked in the house before he walked back home.

Suzy opened the door to her room and almost screamed as she saw Roxanna sitting on her be-d.

“You scared the living hell out of me” She said while holding her che-st.

“I saw everything that happened. So you were k!ss!ngour new boss” Roxanna said surprised.

“Huh? No it’s not him. That is Rulian, his twin brother” Suzy said.

“Wow, he has a twin brother. I’m happy for you Suzy” Roxanna said and walked out of her room.

Olivia was slee-ping peacefully when she heard some noise coming from her room.

She rose up and scanned the room with her eyes. The room was dark, only the rays of the moon which slightly brightens it. She la-id back and closed her eyes but the noise [email protected]£ back…

“Show yourself, come and fight me like and man.” She said as she scanned her room, re-ady to fight.

In a flash, someone [email protected]£d her hand. She tried to punch back but the person held her hand and pinned her the wall.

She struggled to free herself but the person was too strong. Judging by the physique, it was a man.

He brou-ght his face closer to her and she shifted away.

“Who are you? What do you want?” Olivia asked.

He held both her hands with on hand while the person used the second hands to trace his f!nger from her che-st to her stomach which made her shiver..

Olivia held into him as her knees were alre-ady giving up.

He looked back at her face and brushed the back of his palm on her face.

“Who are you?” Olivia asked.

“The lesser you know the better, all what you have to know is that I really like you. Love at first sight” He finally spoke and chuckled lightly

She [email protected] ed his mouth as she was enjoying the k!sswith her hands pu-lling him closer.

He di-pped his hands in her hair as he pu-ll-ed her closer too.

He carried her up and walked to her be-d then slowly la-id her down. Then his hands lifted her nightie softly and ca-ressed her th!gh which made her [email protected] .

He broke the k!ssand tugged her hair behind her ear.

“One day you’ll know who I am, but for now it’s too risky. Goodnight” He said and k!$$£d her forehead before walking to her window. He jumped off it and walked away.

Olivia sat on the be-d, shocked, confused, with her [email protected] disorganized.

“I just gave my first k!ssto a complete stranger. What’s wrong with me?” She said in a whisper.

Roxanna woke up and yawned lightly. She picked up her phone and saw a message from the band manager.

💌 Good morning Roxanna, you have an interview tomorrow at 9am. Don’t miss it!!

She ached a brow.

*How can I be the only person having the interview?* She thought.

She climbe-d down the be-d and did her business before before dressing up in a black short go-wn. She brushed her hair and applied some makeup…

She picked up her bag and walked out of the room.

“Is the plan working?” Hector asked smoking as usual.

“Yes dad, Roxanna Martinez will be kidnapped today. We gave her a fake location about the interview, when she’ll reach there boom we’ll kidnap her” Alec said sipping on his wine

“Good,that name reminds me if something. Martinez?” Hector said.

“Yeah me too, it greatly reminds me of a family you s£nt me to kill” Alec said.

“Yeah you’re right. So she’s the only survivor of that family. Maybe that family wasn’t meant to exist after all” Hector said and they both laughed