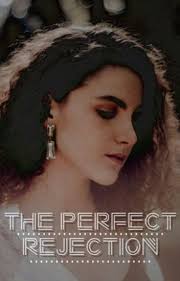 The pictures were black and white with Little Will and Debby snapped together in most places. There was a family picture there where my mum, my step-dad (my Uncle), Debby and I were snapped together as a family. Debby was still very young in the picture as she was been carried by mum.

This clearly shows Uncle Ben has been keeping tab on us since I was a kid. Another case scenario was that Uncle Ben was in t©uçh with my stepfather before his demise and that would mean my step father was not totally open to my mum about the where about of his brothers or maybe mum was the one that did not divulge the whole truth to me. The positive side to the whole story is I at least have someb©dy from my father’s side caring for me.

Me: Aunty Joy also gave me some revelations today

Temmy: Who is Aunty Joy?

Temmy: Oh, you call her that now?

Me: She won’t let me otherwise

Temmy: What did she tell you about uncle Ben and why is he having your pictures?

Me: Uncle Ben happens to be my real uncle

Me: Yeah. He’s the third brother of my father.

Me: I think Uncle Ben was the one asking Daddy Orire to be doing what he did

Temmy: What are you going to do now?

Me: I don’t think he has realized that I now know. So I’ll keep it that way, besides. I’ll love to hear more from Aunty Joy.

Temmy: How much do you think she knows?

Me: Enough to clear my head I guess.

Temmy: Will you tell mum?

Me: I’m not telling anyb©dy for now, not even Aramide, not until I’m able to prove and ascertain the truth.

Temmy: That’s better; they might push you too much

Me: Exactly, I want it revealed slowly.

Temmy: Should i return these pictures?

Me: Where exactly did you find them?

Temmy: They are well kept in a folder in the old store.

Me: He might look for them later. Let’s snap and return it back.

We snapped the pictures and returned them back to the old store. While coming back, we saw uncle Ben and Aunty Joy driving out of the compound in Aunty Joy’s car. I believed they were going for their [email protected]£ and I wondered what Aunty Joy nee-ds my help for since they are back together.

Temmy: In another news, Rachael is coming here.

Me: Wao! That’s cool, where is she coming?

Temmy: She’s been saying it before but she just told me she’ll be coming tomorrow this morning.

Me: I guess they are on holiday

Temmy: No, they just resume back from long term holiday but the workers in the state are now on strike.

Me: Oh! What will she do about CDS?

Temmy: She serves in a highly remote place far from the city, they don’t do no CDS.

Me: That’s cool. We’ll have to arrange that room for her.

Temmy: Yeah. So how do we [email protected] your birthday?

Me: Even you? Common it’s next month and I’m not [email protected] it.

Temmy: Tell that to Funmi

Me: She called you?

Temmy: She’s wishing you can come to Lagos to [email protected] it.

Me: She didn’t tell me that

Temmy: She wanted me to persuade you first.

Me: What did you tell her?

Temmy: I told her I’ll try and I’ve done that (we both laughed)

We both clean and arrange one of the two remaining rooms, waiting for Rachael to come the following day. After cleaning up, we sat down in the sitting room to watch Champions league matches. It was the last set of games for the group stage. As we were watching, Aunty Joy s£nt me a text message to check my whatsapp. I checked the whatsapp message and saw the pictures of herself and Uncle Ben. They were both happy and having fun with what I saw in the picture to which I replied with “Thumps Up”.

Rachael did arrived very late in the night on the said day as she revealed she’s staying till the strike action is called off. Everyb©dy in her area were allowed to leave till further notice as their state coordinator was scared of the rumored attack between the communities.

Me: It means the strike is just a good escape route

Rachael: Yes o, I’m even tired of that place.

Rachael: I’ll prefer Jos city. There is no light, no water there. Imagine we have to go to another community, the local government head quarter to bath or get drinking water.

Me: Common is it that bad?

Rachael: You won’t believe it. The light made it worse. If there was light, the lodge we were given has pumping machine.

Me: They don’t have any well around?

Temmy: I’ve been wanting to ask the same thing

Rachael: The next well to where we are is fifty naira bike distanced.

Me: Na wa o, you are the one really serving.

Rachael: You guys are enjoying now. See the house they give you.

Temmy: We are just lucky o. Guys are only enduring here, especially those on water.

Me: They lack drinking water as most water they draw from wells turn oily some minutes after and some don’t even have good toilet except the general community toilets built at the creeks.

Rachael: That’s one thing about my side. Things are very cheap there except transport. I’m sure fish will be highly cheap here.

Me: Funny, fish is more expensive on the islands

Rachael: Why is that?

Temmy: Because they import fish from the outside just like every other person. All the fishes in the river had been killed by water contamination by oil.

Rachael: Nob©dy will believe this from out there o

Me: That’s the reality. The people enjoying in this place are the people staying in PH and other big cities like Bori. Those other villages are surffering big time. From water especially.

Temmy: I just hope someb©dy up there will look into their situation, because their politician obviously do not care.

Rachael: Nawa o, everyb©dy with his own palava.

Temmy: That’s it. We all use our own state of living to judge others, whereas condition differs.

Me: Let’s leave that, what will you eat Rachael?

Rachael: I alre-ady took something in the bus, I’ll just love to shower and rest.

Me: Your room has it’s own bath. You can have your shower there.

Me: Sorry, too late.

We helped her settle into the room as she took her bath while we [email protected] on the system. The days that followed was a touring one for us as we took Rachael around the city.

Rachael being a nice and jovial person, she got in tune with many people easily as she was more cliché to me every time we walk than she was to Temmy which gave people around the wrong impression that she’s my girlfriend, including Uncle Ben and Aunty Joy.

Aunty Joy fulfilled her promise to tell me more about Uncle Ben as she took me to her house one Friday to stay overnight.

Joy: Your girlfriend is cool, nice and lively, I personally like her.

Me: You are talking about Rachael I guess

Joy: Yeah, everyb©dy likes her including your uncle but he has someb©dy else he’ll like you to marry.

Joy: I don’t know this your Daddy Orire but If he’s the friend your uncle always referred to, the you might be right. Why did you suggest that?

Me: Because my mum and Daddy Orire has been trying to match make us.

Joy: She might be the one. It’s more like there is an agreement or some sort of favour between your uncle and his friend.

Me: Agreement for me to marry his daughter’s friend?

Joy: I’m not sure but it’s more like it.

Me: That’s ridiculous! I don’t even know him as my uncle before now, yet he’s using me to make bargain.

Joy: I don’t think he’s planning to f0rç£ it. He meant well for you.

Me: Anyway, I literary don’t have anyb©dy yet. Maybe I’ll like her when I meet her.

Joy: What about Rachael?

Joy: Really? She’s close to you. That reminds me, what about the lady were calling that day.

Me: Funmi, she’s the one that might be hurt if I decided to marry Daddy Orire’s daughter.

Me: He’ll be happy. He doesn’t even know I know him as my uncle.

Joy: You know he co-owned this company with the two other owners.

Me: They are three that owned it?

Joy: Yeah, your uncle and two other people I don’t know. He has highest share though, more than 50%.

Joy: Yeah, but he prefers to stay at this [email protected] rather than Lagos.

Joy: Let me tell you a secret. He has willed all his shares to you. You are the beneficiary in all his files.