Lovestruck with you episode 42 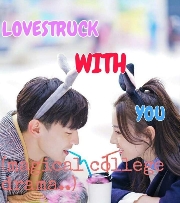 “And for the female we have… Ruby” Edward shouted

Elena screamed happily, hitting Mora in that process while Ruby pitched her brows

“What now” she frowned but still, ra-phael found it cute

“I got it” ra-phael smiled, he held her [email protected]!st and pu-ll-ed her close to himself

“Say cheese” Edward smiled and took a pic of them

“You heard then right?, One more” Edward sm-irked

“Is that crimson I’m seeing, oh my God Ruby is blu-shing” Elena said poking Dexton arm repeatedly while Mirabel glared at them from behind

“A slow dance” he shouted

Students began hailing including her friends

A slow music is now pla-ying as Ruby and ra-phael walked to the center of the hall together, ra-phael placed his hands on her [email protected]!st while she placed hers on his shoulders and they began dancing

“My gawd,I’m gonna die” Lilith gushed as she pretended to faint on Daniel’s arms

“plea-se don’t do that, if you do then I might too” he said

“Get out” she smiled and hit his arms before sitting straight

“Have I told you how beautiful you look this night?” He asked, facing her completely

“No you haven’t” Lilith smiled, arranging her hair and taking herl-ips in

“You look sofu-cking beautiful, it feels like I’m gonna die Lilith” he said seriously taking in her both hands

“If only you know what you’re doing to me, you have no idea of what I’m feeling now” he said, staring into her eyes

Lilith only blinked, her heart has started it somersaults, she immediately withdrew her hands and looked away, trying to calm her beating heart

“I love the way you’re staring at me, don’t st©p” he smiled

“You’re so pretty Ruby, no matter how rude you behave me, I’ll never st©p loving you” he said

“I’ll say it over and over again, I’ll keep telling you how much I love you Ruby, I love you so much, I just wish you can see that” he said, almost at the point of breaking down

“I can’t Ruby, I can’t st©p my feelings I swear I can’t” he said, cupping her cheeks this time

“I know you feel the same way for me” he said, without waiting he crashed hisl-ips on hers

Just when the k!sswas becoming intense, Ruby pushed him away from her and ran out of the hall

“Ruby” he yelled and ran after her

“Apparently, there must be something wrong but we can move on” Edward smiled

Ezekiel got up from his sit and followed Ruby immediately, even Elena, Snow, Mora, Selene Lilith and co.. also ran out to check what’s wrong

“Ruby plea-se” ra-phael yelled, she was running so fast that he had to st©p and [email protected] for air

Ruby finally st©pped but fell on her knees

“Ruby” ra-phael yelled and moved to her, he was surprised to see her vomiting blood

“Are you okay?” He asked kneeling beside her

She looked at him and for the first time ever, he’s seeing pain in her eyes, worse she’s crying

“You see ra-ph, you might think I’m just being rude to you for nothing, I don’t have a choice ra-phael!, This is what I go throu-gh every single day when I see you” she said in tears

“It’s happens when I’m close to you?” he asked in tears too

“Sis” Ezekiel yelled when he got to her, he picked her up from the ground and scooped her in his arms

“This is not your fault ra-phael, I’ll see you tomorrow” he said, carrying Ruby to the girls hostel

Selene and Mora followed him while ra-phael started leaving

“It’s my fault, I keep on disturbing her not knowing I’m hurting her, if she dies one-day then it’s me. Oh God” ra-phael bur-st out in tears and locked himself in the bathroom

“ra-phael, ra-phael” Blake kept knocking on the door but it was useless

Lilith and Daniel went back to the [email protected] so as not to make things look weird, they sat together and began talking about what happened

Snow on the other hand just entered, she sat and took a drink, it’s not [email protected] but she was drinking too much

She took another and is about to drink when someone held her hands, she looked at her side to see Lan and scoffed

“Snow I’ve been looking for how to apologize to you” Lan said, sitting beside her

“There’s nothing much to talk about, plea-se don’t make things [email protected] for me Lan” she said

“Then what’s it like, yunno thank goodness I didn’t give you an answer, thank goodness I had no feelings for you back then cause if I have had, you’d have fallen for someone else and broken my heart even worse than this” she said angrily

“I really didn’t mean to sound like that” he muttered

“No Lan I can’t blame you, in life one must move on, everyday isn’t [email protected]ç£and everything can’t turn out the way you want, you’ve liked me for so long and I didn’t care I was too busy chasing after Daniel and it took me so long to realize that Daniel isn’t the right one for me now it took me a short while to realize you’re not the right one for me and I’m grateful for that” she smiled and t©uçhed his cheeks

“I was just in a rush to find love, I felt like having a b©yfri£ndreal fast so I mistook you, I thought I liked you that way but I don’t. You’re in love with Mora Lan, you’re just trying to fight it cause you’re pitying me and Mora likes you a lot, she’s planning to avoid you so you can be with me. Go for her Lan, she’s the right one for you” Snow said

“It’s okay, I have to go now” she stood up, Lan stood up to and watched her leave, he then slumped on the chair

Snow words kept ringing over and over in his ears

“You’re in love with Mora Lan, you’re just trying to fight it cause you’re pitting me”

Snow rushed to where the horses where kept, she climbe-d it and began ri-ding out of the school in tears

Right now she just nee-d a break, a short one to clear her head

“I just went to see Ruby and now you’ve disappeared” she scoffed, staring at her phone screen

She felt pressed and decided to use the school hall restroom, on getting there she felt somehow strange, everywhere was so damn quite but as she went dee-per and dee-per she began hearing some weird sounds

Now she didn’t know why her heart is beating so fast, her legs, hand, everywhere of her b©dy keeps shaking as she got closer, now she can hear the [email protected] s

Her hands were shaking as she brou-ght them to the door, her eyes were alre-ady misty and she didn’t even know why, slowly she pushed the door opened revea-ling her b©yfri£ndand Mirabel

“Dexton” she called in tears