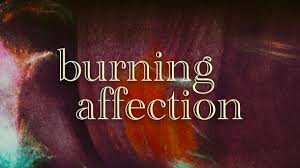 “What’s happening, why is she like this, Royalty, Royalty!!!! ” Suzy screamed

Jimin carried limp Royalty in his arms and ran into the palace, meeting Sera on the way

“What happened to her?” She asked with a shocked expression

” I dunno! ” He replied and continued running to her room

The physician was summoned immediately and he rushed in

“plea-se save her, nothing must happen to her” Jimin said

The physician got to work and checked her pulse first, she ba-rely has none left, she’s nearly dead

He sighed and told them all to excuse him

They left him in the room and he checked her out, he inhaled sadly before leaving the room

“I nee-d to meet his majesty” he said

“Where’s my daughter!!!! ” Rachel shouted, running to the place, Cal is behind her

“She’s in” the physician replied and she rushed in

“What do you mean you nee-d to see father, tell us everything, tell us anything” Jimin said

” What happened to my daughter?” Rachel said, coming out of the room slowly like someone who has no life in her

“Talk!, What’s happening to my sister!” He yelled loudly

“Here I am” Jung Mal said from the middle of the corridor, he’s standing there with his guards

They all turned to him and he moved forward

“Speak” he said to the physician

“She was poisoned by a dangerous poison” he said

” What! ” Suzy said, covering her mouth in shock

” The fact that her skin is peeling off alre-ady is a verification that it’s a poison mixed with the tears of a witch, no antidote” the physician said

” A poison mixed with the tears of a witch” Rachel said, almost falling but Cal held her

” There’s nothing to be done, her intestines has been cut to shreds by the poison, I can’t tell lies, she won’t survive it except…. ”

” Except what? ” Jimin asked impatiently

” If the blood of that same witch t©uçhes her forehead” the physician replied..

Despite her unconsciousness, she’s still bleeding from the corner of herl-ips slightly

Suzy is the only one in the room with her , holding her hand sorrowfully

“You promised to act as my twin Royalty, you hate breaking promises so don’t you dare leave me, I’ve come to love you a lot Royalty….

” Can you plea-se hold on and not leave?, Whoever poisoned you will die horribly I can promise that, whoever made you this way will surely have a taste of it one day…. Royalty plea-se stand! ” She lamented slowly

Her tears are blinding, she’s really crying a lot, her whole b©dy is shaking as a result of fear

“You can’t leave yet Royalty, not when I just got to know you better, don’t leave” She cried again

He pushed her out and she fell

“Don’t ever come back here again, I’m sure you’re the one who’s behind the poisoning cos you’ve always been clinging to her these days, and I’m promising you that I’ll kill you with your brother” he said and went in before shutting the door [email protected]

Rachel is losing patience gradually as she walked to Lioness place, feeling like something should just make her teleport

It’s as silent as a graveyard, not even a single sound can be heard

” The time for your tears is here, now that your stepson’s allergy has been cured, you’ll lose your precious daughter next”

” No, Lioness you can’t do that, I can’t lose Royalty!, Not when Cal has a wound that’s not healing, I don’t even know his fate yet and now Royalty?, Lioness plea-se…. plea-se help me, I just nee-d a drop of your blood” Rachel replied

” I predicted your tears, all what I predict must come true, that’s how powerful the lioness is, leave…. You’ll mourn soon” lioness said and everywhere went silent

Jimin sat silently on his be-d, not knowing how to just tackle the situation at hand

Royalty is dying and unless the blood of the witch whose tears was mixed with the poison is found, she’ll die….. That thought alone has almost murdered him as he stared blankly into space

He looked at his hands, it’s stained with her blood and her face still has her bloodstain too

He stood and went to his window, he stayed there for minutes, not sure of how to just handle this, it’s so [email protected]

The antidote can’t be found if the person who poisoned her is not found, the real source of the poison is the antidote too… Blood and tears… How crazy

“Complicated” he muttered and Riya [email protected]£ in

He turned back and saw her but he ignored her

“You’ve decided to come back” she said

“This is my home, I can leave and come back anytime I want” he replied

“We’re married!, If at all you want to travel, you can do that some months or weeks after our wedding, not when we just got married!, You left me for three good days Jimin!, And that too without telling me!” She yelled

” And that’s why you decided to turn this room to a pig pen, everywhere is so disarranged” he replied

” that’s not important right now, what’s important is that how dare you leave me for one so-called Kimora” she said

” Oh… Someone told you her name alre-ady, must be Cal…. Yeah, that’s her name, and about your question?, How dare I? ” He said

” I can kill that girl if you annoy me further!” She yelled

“Try it, you’ll be the one to get wounded, just go near her” Jimin replied

” I hate you!!!! ” She screamed and tried to [email protected] him but he held her hand ti-ght

“Want to [email protected] me?, Now you’re crossing your limits, how dare you raise your hands on me! ” He said

” I’m sorry… I just got angry” she said slowly

” My sister is dying and all your empty skull could think of is doing this, I alre-ady regret agreeing to marry you, but now I’m regretting ever meeting you” he said and threw off her hand, he left the room

Kimora entered the kitchen slowly and no one even noticed, they’re all in sadness and she’s just surprised

“Why is everyone sad?” She asked.

“Princess Royalty is at the verge of death, she was poisoned” Tania replied

“What did you just say” she said slowly

“Princess Royalty is fighting for her life, she has just few breaths left in her lungs, the physician said the poison was mixed with the tears of a witch and unless the blood of the witch is available for her forehead, she’ll die” Tania replied

” She’s [email protected] for breath alre-ady, her bleeding increased!” A maid announced from the door

” Heard that? ” Tania said and rushed out of the kitchen with the others

“Jimin” she said….. He’s in sorrow and surprisingly she can feel it

He [email protected]£ closer and held her shoulders

“Is it something you can do?, Can you help?” He asked

“I should be able to” she replied

” I’ll try my best, I nee-d to go now” she said and Jimin re-leased her

She vanished without transforming…

She can see her clearly, she’s sitting on her bone chair

“You just nee-d to bleed and I’ll let you go” Kimora replied, flashing her pink eyeba-lls at her

” You think that’s easy?, Strike a deal with me first” lioness said, standing up

” Tell me your relationsh!pwith Mazu and Petal, then I’ll give you more than a drop of my blood” she replied

” It’s an harmless deal, I hate getting curious so I just want to know” lioness said

” I thought you have great powers, find out yourself and give me what I [email protected]£ here for” Kimora snapped

Lioness looks shocked cos her hold on her is so ti-ght, as if she’s more than she is

“Unbelievable, you have a life Inside you alre-ady?” She said

Kimora tried to wound her but she luckily escaped and wanted to vanish again but Kimora build a barrier in the room, keeping her from vanishing

Lioness transformed into a real lioness and [email protected]£ for her, she wounded Kimora with her claws and Kimora fell

Lioness transformed back to a human and laughed, moving closer to Kimora who’s still pretending to be in pains on her floor

Almost immediately, Kimora faced her and tore her face with her nails, her blood gushed out and she collected it in her palm

” You’re not my match” she said

” You’ll die, I can see what your future holds alre-ady, you’ll die in the end” Lioness said in pains and Kimora vanished.

Every member of the royal family is in the room with Royalty except the king, she suddenly opened her eyes and requested to talk to everyone..

Suzy’s crying sounds can be heard, she’s sitting beside her on the be-d

“I don’t regret being a princess, I have a loving sis even when mother wasn’t attentive, the little she gave, I’ll always remember that.. it’s so hurtful to end it this way but what can I do?, I’m hurting a lot right now and I just want to die alre-ady….I can’t take the pains” she said, shedding slow tears

“You promised to be with me, you never said you’re going so soon, so plea-se don’t do it…. Get up and let’s go eat….you must be so hungry” Suzy said and Royalty smiled

“I’ll re-move the shrimps for you and bone the fish, I’ll serve you water and watch you eat, plea-se get up” Suzy cried, closing her eyes

” I love you so much Suzy, you’re the best sister I’ve ever seen” Royalty said

Royalty looked at Rachel and smiled

” Queen Sera, I respect you a lot and plea-se…. Take good care of Suzy”

” Jimin oppa, you know I love you a lot right?, It’s so painful I’m never going to see you again”

” Cory …. The first guy I’ll ever love, I hope you find true love , you’ll surely do cos you’re handsome and kind-hearted” she said

“St©p saying these words I beg you, it’s breaking my heart” Suzy cried

“Be good…. Everyone” Royalty said and her hand fell from Suzy’s hand

“Royalty” Suzy called, jumping on her be-d with her, holding her face

“Royalty no you can’t do this” she said, her tears dropping on Royalty’s face

Suzy smiled and rubbe-d Royalty’s cheeks, remembering the pla-ys, when they sle-pt together, wearing same thing, eating together and doing things together…. It made her heart shatter

“You promised to visit Hong with me remember?, And you promised to go on a picnic with me when Jimin comes back, he’s here why aren’t you standing up….. Open your eyes…. Look at me and let’s go on the picnic!, Royalty you nee-d to fulfill your promise!, Get up Royalty! ” Suzy cried, slee-ping on Royalty’s b©dy

Kimora rushed into the room with bloody hands but when she saw the scene, her eyes wi-de-ned

“Princess Royalty…. You can’t do this you know….. ” She said tearfully with shaky hands

“Royalty let’s go on a picnic!!” Suzy screamed loudly, water is coming out of her nose too….