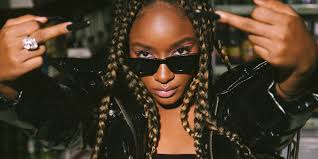 “Is It about her?” I asked and doctor Collins nodded his head.

“What happened to her?” I asked. “Let’s go to my office and discuss it sir” he replied.

“Sir” he replied to me and moved back a bit. “Did you have a death wish?” I asked

. “No sir, but I don’t just wanna discuss her in public” Doctor I replied.

“I said you should go ahead,” I said and brou-ght out my gun, it seems this guy think am here to pla-y.

“pardon me, Mr. O’Brien did you mind keeping your voice down, this is an hospital we have many sick people’s inside the ward” doctor Collins said.

“You’re telling me this because I’m shouting like a màd man?” I asked.

“No Mr. O’Brien” he replied and fall on his knees immediately.

“Get up!” I said and he stood up immediately. “What happened to her?” I asked again.

“Adele has lost a lot of blood, so she nee-ds a donor” he replied.

“How did you know her name?” I asked.

“I am their family doctor, and her mother can’t give her blood because she’s not fine,” Doctor Collins said.

“What about her father?” I asked.

“Her father won’t even listen to me, of I told him,” doctor Collins said and I left out an evil sm-irk.

“He won’t listen to me” doctor Collins replied. “Leave that to me, I will be right back,” I said and march out of the hospital.

“Ah, Miss Jane, you never tell me you’re s£nding me to go die,” the sniper replied.

“What happened, you didn’t tell me that Mr. O’Brien knows the lady you asked me to go kîll as a matter of fact Mr. O’Brien was in the car with her” the sniper replied.

“It’s your job, you shouldn’t be afraid of Nathan, hope you didn’t hurt him?” Jane asked.

“When am not màd, look here Mr. O’Brien has killed one of my boys and I am running out of the country, or wait, is is Mr. O’Brien the b©yfri£ndyou’re talking about?” Sniper asked.

“You should have told me earlier, I would have rejected the offer” the sniper replied.

“Don’t be a coward, hope the operation is successful?” Jane asked.

“Yes, it’s, I’m very sure she will be dead by now” the sniper replied.

“That’s very good of you, I will s£nd your balance now, plea-se delete all our chats and calls, I will also do the same here,” Jane said.

“Alright I will do just that, and don’t forget to s£nd my balance” the sniper replied and end the call.

Nathan drove r0ûghly to his compound and parked his car in the garage.

He [email protected]£ down from the car and walked inside the house.

Jane rushed to hvg him immediately she saw him and Nathan pushed her away from him.

“Stay away from me, you’re my fake girlfriend, not my real girlfriend,” Nathan said and walked inside his room.

“I can become real if you want” Jane replied and fold the edge of her cloth.

“I just wish this guy can fv¢king love me, love is wîckèd, very very wiçkèd,” Jane said and sat on the chair.

“Am very sure that bîtçh is dèàd?” Jane said and left out an evil laugh.

“I can’t just wait for you to be mine, very soon,” Jane said and picked up her phone and started pla-ying games with it.

Nathan walked to his room and put off his cloth, he walked to the bathroom to have a good bath before coming out of the bathroom.

“Her blood has stained my b©dy and cloth I wish you can just wake up now,” Nathan said and put on other clothes.

He picked his car key and walked out of the room.

“I thought you went out with that cràzy girl? Where’s she, why did you come back without her?” Jane asked and Nathan left out an evil smile and Jane also smiled at him.

“Stay away from me! You don’t have the right to ask me sîlly questions, un-derstand?” Nathan asked and Jane nod her head in pain.

. Nathan pushed her off his way with his leg and ran to the garage.

“Ahhh, did he wanna kîll me? What has come over him? I said it, that he’s inlove with that cràzy girl” Jane said and bur-st into laughter.

“Gabby!” Jane shouted and her voice echoed back to her.

“What’s wrong with this girl? Where did she go to?” Jane asked and shouted her name again and Gabby ran out of the kitchen.

.”Are you dèàf? Where have you been?” Jane shouted angrily.

“Am very sorry Miss, the boss called me and asked me to prepare food for Miss Adele” Gabby replied.

“Is she still alive?” Jane asked herself.

“Was that the reason why you didn’t answer me?” Jane asked.

“No am very sorry, I didn’t hear you on time” Gabby replied and Jane rill her eyes at her.

“Help me to my room, Nathan won’t kîll me before my time” Jane said and Gabby helped her up.

*****
Mrs. O’Brien walked out of the kitchen and was surprised to see someone sitting in the sitting room with his head bowed.

“Who are you? And how did you enter my house?” Mrs. O’Brien asks and the person raises her head.

“Is like you missed me,” the person said with a sm-irk plastered on his face and Mrs. O’Brien moved back in fright.

*****
Mr. Clerk in-sert the key and walked inside his house with one of his bîtchès by his side.

He st©pped on his track when he saw Nathan sitting on his chair.

“Your daughter nee-ds your help,” Nathan said with a smile.

“I have a daughter, a very beautiful one at that” Mr. Clerk said with a smile.

“Who’s she?” Nathan asked Mr. Clerk and point his gun at the bîtch.

“She’s my friend, what happened to my daughter?’ Mr. Clerk asked.

“Old man like you, ma-king friends with your daughter age,” Nathan said.

“Is not what you think Mr. O’Brien” Mr. Clerk replied.

“Keep quiet and let’s go, hey you get out, and don’t try to call the police, because if you call the cops, you’re only putting your family in danger,” Nathan said to the bîtchè and put his gun back in his pocket.

“What happened to my daughter?” Mr. Clerk asked.

“Don’t ask me sîlly question because I knew you don’t care about her” Nathan said and they both entered Nathan’s car.

He drove to the hospital and parked his car in an empty place, he [email protected]£ down from the car followed by Mr. Clerk.

“Collins am back, start work now, nothing must happen to the lady,” Nathan said.

“You don’t even tell me what I [email protected]£ here to do,” Mr. Clerk said.

****
“What are you doing here?” Mrs. O’Brien asks. “Answer my question first, did you miss me, if you don’t miss me I will stand up and go” unknown said.

“Am sure you’re lieing, you can’t do without me, my dear, am very sure you almost die, when I went Missing” unknown said.

“This is cràzy what did you want from me?” Mrs. O’Brien asks.

“I want you, and I want your son properties to myself” unknown replied.

“That’s not possible, I don’t want you and you can’t have my son’s properties” Mrs. O’Brien replied.

“Watch me my darling” unknown said and stood us from the chair.

He moved closer to her and cup her cheek in his hand.

“You look more beautiful than before, that son of yours is really taking care of you, I will thank him for taking care of my wife, when I see him, but it doesn’t mean I won’t kîll him, you can call to inform him that him that his dóóm is back” unknown said and bur-st into laughter.

“Babe I nee-d to go somewhere important, I just want you to know am back, that was the reason why I [email protected]£” unknown said and pe-ck her on her Cheek and Mrs. O’Brien squee-ze her face in disgust.

“I still love you and am very sure you still do” Unknown said.

“I don’t love you, get that into your empty skûll and get out of my house this moment,” Mrs. O’Brien said and point to the door.

“Relax you don’t know how I [email protected]£ inside” Unknown replied.

“Just get out Ànîmàl,” Mrs. O’Brien said. “You’re doing all this because you know I can’t hurt you, I will s£nd an address to your phone make sure you come there tomorrow evening and I won’t beg you not to inform your son” unknown replied and went out.

“oh my goodness, how did I meet this cràzy man in the first place,” Mrs. O’Brien said and bur-st into tears.

“I wish I never know you, you’re a dèvîl incàrnate, what am I even talking about, he is lûcîfèr hiself,” Mrs. O’Brien said and picked up her phone.

She dialed Nathan’s number and take it closer to her ear.

“Why’s he not picking his calls?” Mrs. O’Brien asks herself.

She walked inside her room and [email protected]£ back with her car key.

She picked up her bag and walked to the garage.

She dropped her bag at the owner’s seat before driving off.

She rushed down from the car and rushed inside Nathan Mansion.

“Nathan, Nathan” Mrs. O’Brien called and Jane limp out of the room.

“Evening my dear, how are you doing? And what happened to your leg? Who hurt you?” Mrs. O’Brien asks.

“Nathan pushed me because of that dîrty girl and I broke my leg in the process” Jane replied.

“Not again, but I don’t like the word dîrty, that girl isn’t dîrt, she’s very beautiful, I have a question to ask you,” Mrs. O’Brien said.

“Did you guys truly love each other as you claim?” Mrs. O’Brien asks.

“Yes it was that girl, that’s causing a problem between my love and i, can you imagine he took her to his office today,” Jane said.

“Am not sure, there’s love between you two, I will talk to him don’t worry, but I don’t want you to be in a loveless relationsh!p, I will advise you to look for someone else if you discover that Nathan doesn’t love you as you do, am only trying to advise you like a mother, so don’t see me as a bad person” Mrs. O’Brien said.

“Mom Nathan truly loves me, that girl is the only problem we have” Jane replied.

“If Nathan loves you as you claim, the girl won’t be a problem to your relationsh!p, so relax,” Mrs. Smith said.

“She went out with Nathan and they aren’t back” Jane replied.

“Was that the reason why he didn’t pick up my calls?” Mrs. O’Brien said to herself and does some thinking.

“Have you gone nut? I asked you a question which requires an answer, isn’t it?” Nathan asked. “Actually…… Mr. Nathan”

Hope Adele is fine now😒
I won’t post if you guys doesn’t unlock. And get re-ady for the question in five minutes time.