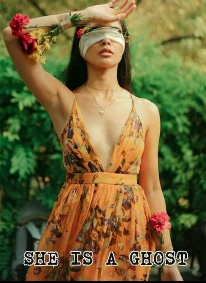 I was staring at her wondering if she could remember me because the Stella I once know was a ghost and now she’s gone.

Could the real Stella possibly remember me?. I thought to myself looking at her. “You guys will have to come back in the evening or later. I don’t think she can talk now”Dr Josh said looking at us. “Oh so bad”Sandra said looking at her. Stella moved her hand to her mouth and re-moved the oxygen mask slowly.”Ca–s-s
san–dra?”She said in a low and weak tone.

We all looked at her in surprise. We were all surprised she spoke. Sandra moved to her and took her hand. “Thank you for waking up.

Cas-sandra noticed this and smiled. “Do you remember john?”she asked her. She looked at me for long before smiling and nodding her head. That put a smile on my face also because I don’t expect her to remember me. “And what of her?”she asked pointing at Jenny. She nodded her head smiling again. Jenny also smiled looking at her.

When I was taken to the police station, my mum and sister heard about it in no time. So she tried to cover it up by bribing the police for my freedom. But this time, the police never listen to her. I was accused of attempting murderer.

After everything was solved, my mum was called for and she quic-kly rushed there in no time. She was so happy and overjoyed. She treated Stella as a new born baby for that moment.

Three days later, Stella was using a wheel chair because she can’t walk properly. After a week, she was able to work properly.

The following week, she began to go out but used to cover her face in case someone might see her. Few days later, the reporter found out about her and our area was full of reporters and newscasters.

She later disclosed the secret behind her death to them and it was published out. Dr Josh was compensated urgly by her company for the good work. Stella’s fans were so happy about the good news and elle was popular among her friends in school for the clos£ness between her and Stella.

✒ Stephen’s POV
The case was taken to court after they found out I was the one that murdered Stella and John’s mother.

My mum tried to st©p it from happening by taken the blame before the court that she did it.

She was the one that killed John’s mother so I should be re-lease. She started confessing all what happened that day before the court. I was given death penalty for hurting Stella, and for killing John’s mother and to crown it all for ma-king Debbie be in that condition and for the countless life I have wasted. My mum can’t ba-re the pain so she fainted. I also cried and started regretting my actions.

Dad was in the court listening to all this. His heart was broken because he never knew we did that to his favourite wife.

When they were about taking me out, I felt a sharp pain in my heart. My b©dy was aching seriously. It was then I remembered if the evil spirit leave my b©dy, I would die. I finally [email protected] on the floor and my eyes were shut.

After two weeks, I was able to meet Stella because she was too busy throu-ghout these days because of the reporters and the incident that happened three years ago.

We made an appointment to meet at a restaurant. When we met, I was so happy to finally see her. She was so different from the ghost Stella I know. She looks amazingly beautiful. When we met, we greeted each other and I ordered for the most expensive meal on the menu.

After dinner, I asked her if we could go for a walk before [email protected] She agreed with me and we left the restaurant.

We were walking down beside each other. I have something I have been trying to ask her since and I think now us the chance.

Do you remember been a ghost?”I asked looking at her.

She smiled looking at me. “Do ghost exist?”she asked. I was so surprised by the question. If she didn’t remember, how can she know me and Jenny?” I thought to myself. “How do you remember us then”I asked her looking curious. “While I was slee-ping, I had a wonderful dream about you guys been my saviour. I met you guys in my dream”she replied smiling.

“Really? Wow that’s not a dream though”I said looking at her.

“Thank you for your effort in my dream. I can’t thank you enough”she said looking at me. I st©pped and faced her. I di-pped my hand in my pocket and brou-ght out the wrist chain. “I think it’s time to return this to it’s rightful owner”I said looking at her.

I took her hand and wore it around her wrist. “Oh. You have this.”she said looking at me. “You’re the guy”she said smiling.

I was confused by her action. “You mean?”I asked her. She smiled and hvgged me ti-ght. “Thanks for returning this. So much happy to meet you again”she said still hvgging me.

I was confused for a while. She quic-kly re-leased me and looked at my face. “Am sorry for that. Good to meet you again.”she said smiling. I don’t believe she could remember that day also.